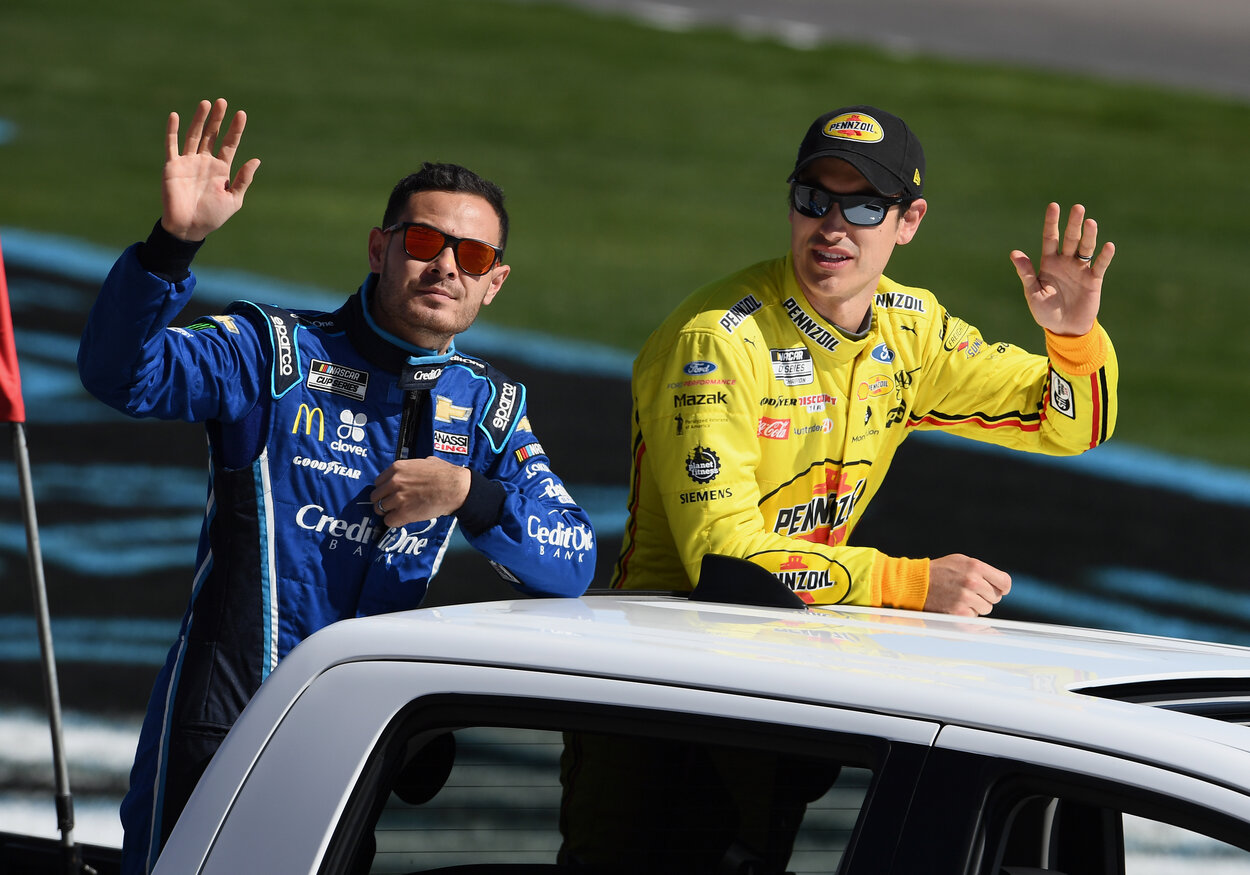 NASCAR star Joey Logano might look to Kyle Larson as his next tutor.

Logano, the 2018 Cup Series champion, is trying to bounce back from a disappointing end to last week’s Daytona 500. If he intends to get back on the right track — pun fully intended — and win his second title in four years, applying a lesson from Larson, the controversial veteran driver, might work in his favor.

RELATED: What Is Joey Logano’s Net Worth?

With 26 wins and 221 top-10 finishes to his name, Joey Logano has had an excellent 14-season career at the Cup Series level.

Still, Logano is always trying to get better. In fact, Logano has circled Kyle Larson — the controversial driver for Hendrick Motorsports — as someone who he can learn from.

During a recent interview with The Athletic, Logano said that he envied Larson and Tyler Reddick’s ability to run the wall.

That is major praise for both drivers, especially Reddick. A two-time champion in the NASCAR Xfinity Series, Reddick is only in his third season racing at the Cup Series level.

With that said, Logano said he’s “not even sure” he’s willing to improve his wall-running skills.

We sat down to have an uncomfortable conversation before his first race back.

RELATED: Kyle Larson Racked up a $12 Million Net Worth Before Being Fired

Joey Logano is always a favorite to make the Cup Series postseason. Kyle Larson, however, is trying to restart his career after last year’s problems.

Larson missed most of the 2020 campaign after using a racial slur during an iRacing event. Now racing for Hendrick Motorsports, Larson returned for last week’s Daytona 500.

Larson placed 10th in The Great American Race for the second straight year. The veteran driver has four top-10 finishes at the Daytona 500 since 2016.

Logano wasn’t as lucky despite leading down the stretch. A late collision with teammate Brad Keselowski on the final lap led to Logano finishing 12th.

Joey Logano and Kyle Larson are each trying to bounce back

Joey Logano hasn’t talked to Brad Keselowski about the Daytona 500 final lap. He explains why and explains what he would want to accomplish when they do talk.

Dustin Johnson highlights | Round 3 | Genesis | 2021
When Rick Hendrick, Stricken With Leukemia, Missed the Daytona 500 in 1997, He Got the Surprise of His Life