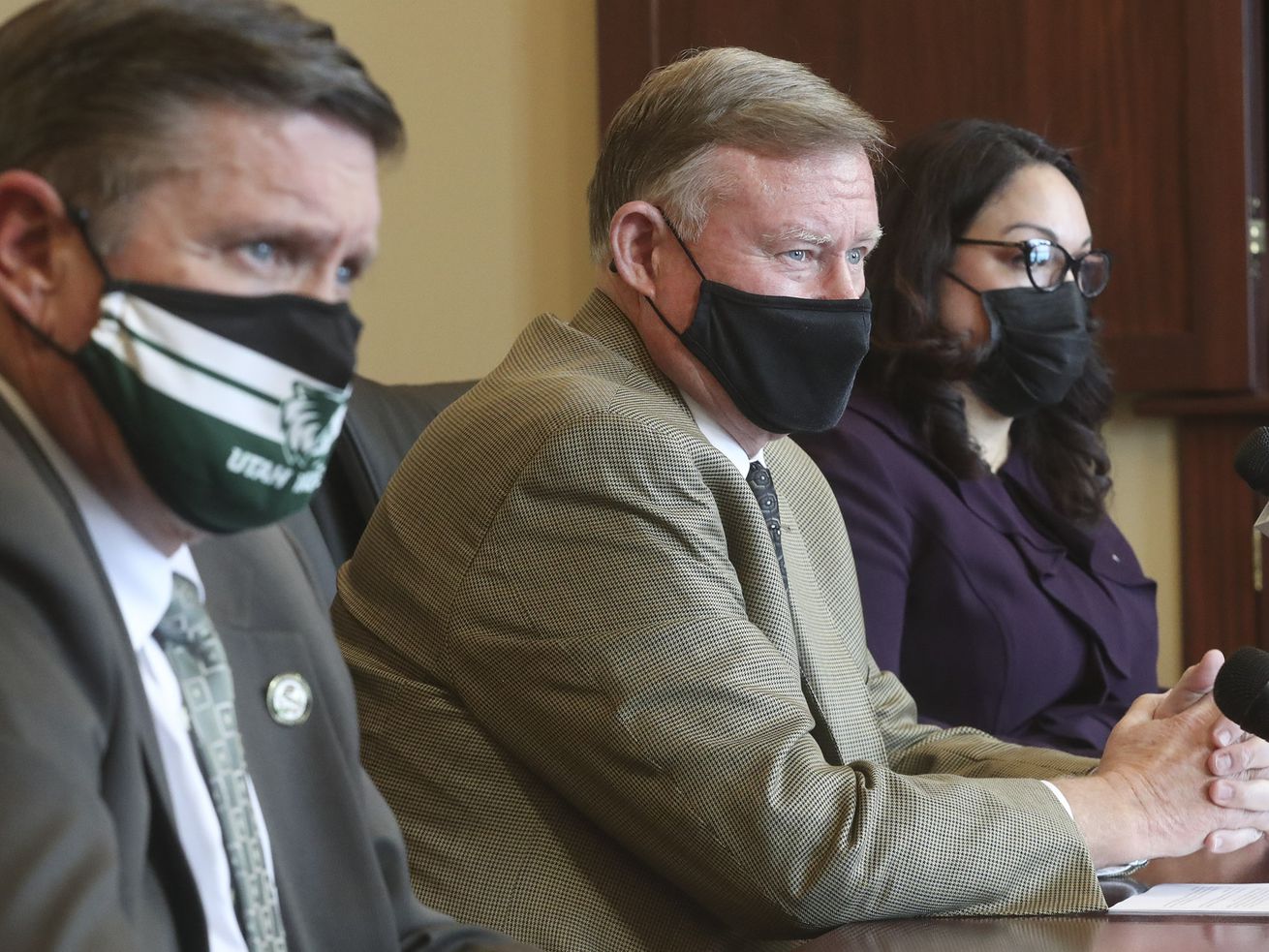 SALT LAKE CITY — State lawmakers are considering ways to limit the governor’s power in an emergency like the COVID-19 pandemic and strengthening their own hand in declaring when an emergency is over.

The Utah Legislature is also in a brewing firestorm over transgender rights as it wraps up its fifth week of meetings that included the House passing a ban on transgender athletes competing in girls sports in the K-12 public school system.

SB195, sponsored by Senate Majority Leader Evan Vickers, stems from the power struggle that persisted between Gov. Gary Herbert and the Legislature throughout the COVID-19 pandemic. Last summer, lawmakers refused to extend Herbert’s pandemic emergency order, leading the governor to issue new emergency orders each time they expired in order to keep them in place.

Vickers’ bill would limit the duration of a public health order to 30 days. It would also only allow the Legislature to extend or terminate an order and would give lawmakers the power to end an emergency earlier than that 30-day time period. The bill would also ban restrictions on religious gatherings and prohibits a local health department from issuing a restriction without the approval of the county executive, such as the county mayor or commission.

Steve Griffin, Deseret News
Rep. Val Peterson, R-Orem, left, Senate Majority Leader Evan Vickers, R-Cedar City, and Sen. Luz Escamilla, D-Salt Lake City, discuss SB195 in the Senate Rules Room at the Capitol in Salt Lake City on Wednesday, Feb. 17, 2021. The bill, sponsored by Vickers, stems from the power struggle that persisted between former Gov. Gary Herbert and the Legislature throughout the COVID-19 pandemic. Among other things, it would limit the duration of a public health order to 30 days.

“Utahns voiced concerns and lawmakers looked for ways to improve the process to ensure democracy is upheld, even in times of crisis,” Vickers, R-Cedar City, said in a prepared statement issued Tuesday.

But some, including a group that represents health care providers, aren’t supportive of SB195.

“We have concerns about the ability of an elected official to override the authority of a health department to make medically and scientifically based decisions in the best interest of public health,” Maryann Martindale, executive director of the Utah Academy of Family Physicians, told the Deseret News. “We are very concerned that this bill shifts the balance away from health-based decisions — especially during emergencies — to the whims of political influence too often swayed by special interests.”

The Senate Government Operations and Political Subdivisions Committee gave its approval of the bill on Thursday.

Dustin Johnson highlights | Round 3 | Genesis | 2021
For STX, ‘Greenland’ Is a Major PVOD Hit; for Exhibitors, It’s Yet Another Existential Threat

Seimone Augustus says she’ll be a Spark till the end

COVID & Preps: Referees part of the complex puzzle to get the games going