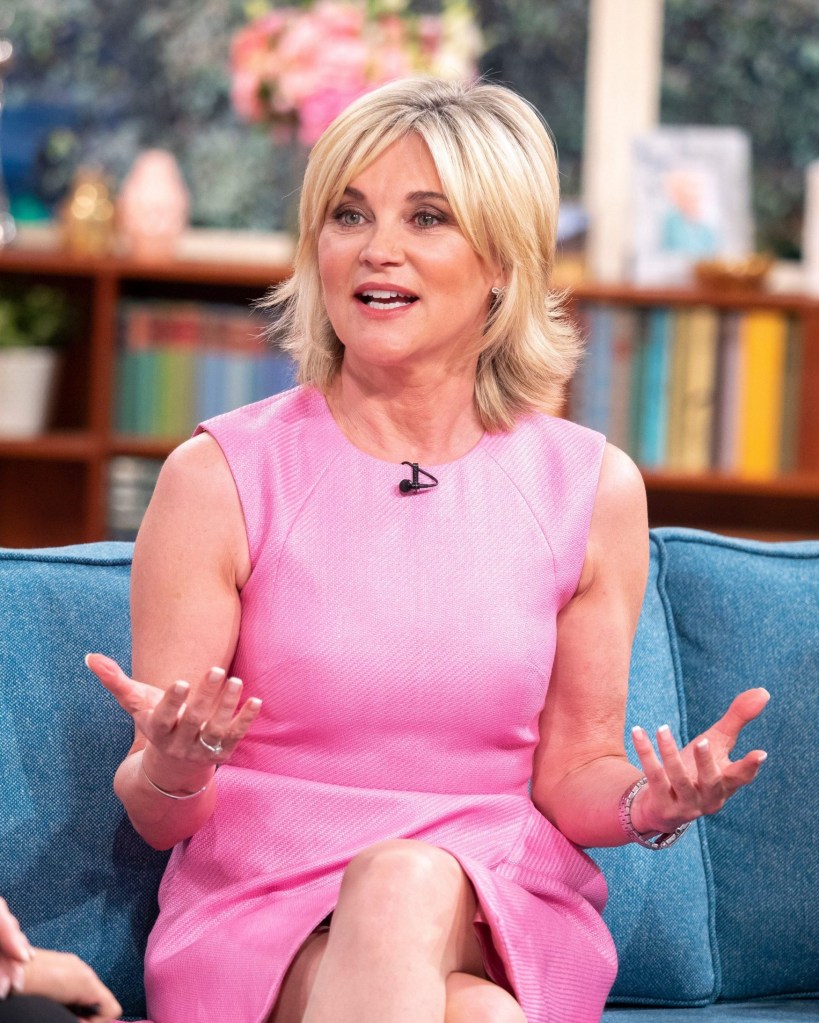 Piers Morgan has branded Anthea Turner a hypocrite after she allegedly breached lockdown rules by hosting a pamper party at her home, shortly after making a ‘scornful attack’ on overweight people.

Turner, 60, is accused of hosting a group of friends at her south-west London home on February 12 for a beauty session, involving spa treatments like haircuts and manicures.

It came just days after the former GMTV presenter apologised for retweeting a meme that appeared to fat-shame people for putting a strain on the NHS during the coronavirus pandemic.

Reacting to reports of Turner’s lockdown breach, Piers said on Good Morning Britain: ‘We could do less of people like Anthea Turner, who decided for reasons that completely baffle me – I’ve known her a long time and always rather liked her, suddenly popped up last week attacking overweight people with a caricature of somebody in a mobility scooter with a mask on, attacking them and saying if you don’t look after your body, it’s you causing a problem for the NHS because you’re fat.

‘Then it turned out that literally, I think the same day or the day after, she was caught with five of her mates coming round for a spa day at her house with beauty treatments and people there treating her, masseurs and eyebrow tints and manicures, which I’m sure every woman would love to have.’

Calling out the presenter, Piers, 55, then questioned: ‘How does that sit, Anthea Turner? With your outrageous, scornful attack of overweight people for not doing their bit to protect the NHS?’

Susanna Reid stated that the ‘explanation’ for the so-called pamper party was that it was a ‘work meeting’, according to one of Turner’s friends who attended the gathering.

Piers continued: ‘You know what, it wasn’t work and it didn’t protect the NHS did it? We need people in her position, if you’re gonna do that, to practice what you preach.’

Photos obtained by The Sun showed women entering what is said to be Turner’s building carrying bags and large cases. At least one of the women is believed to be a beautician while Anthea was also reportedly joined by a boutique owner pal and a former CEO of Bafta.

Earlier this month, Turner issued an apology for sharing the meme and tweeted: ‘apologised and told her followers: ‘Totally apologise that the cartoon is clumsy – I’ll take the rollicking on the chin. But this was never directed at people clinically ill who need our support.

Carole Baskin refuses to take part in Tiger King season 2: ‘It turned out to be a freak show’

If You’re Cheap AF, You’ll Love These Clever Things That Should Be Expensive But Aren’t

The Blue Farm Cafe In ‘Ginny & Georgia’ Isn’t Real, But You Can Still Visit