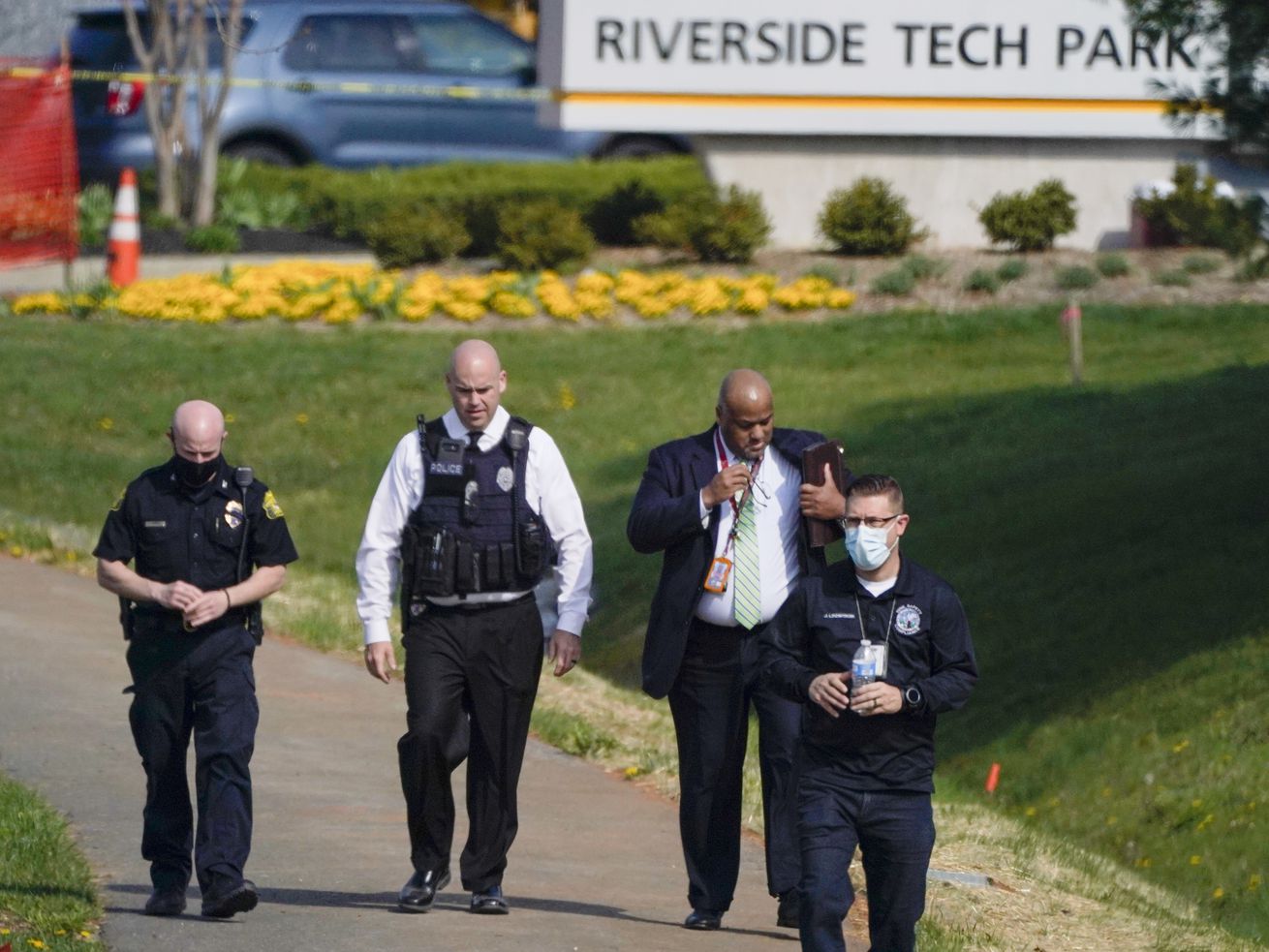 Police walk near the scene of a shooting at a business park in Frederick, Md., Tuesday, April 6, 2021. | AP

Authorities said they had yet to determine what drove 38-year-old Fantahun Girma Woldesenbet to open fire at the facility, located in an office park in Frederick, Maryland.

FREDERICK, Md. — A Navy medic shot and wounded two U.S. sailors at a military facility Tuesday, then fled to a nearby Army base where security forces shot and killed him, police and Navy officials said.

Authorities said they had yet to determine what drove 38-year-old Fantahun Girma Woldesenbet to open fire at the facility, located in an office park in Frederick, Maryland.

“We’re still trying to sort through stacks of paper … to figure out exactly what the motive would be,” said Frederick Police Lt. Andrew Alcorn.

Woldesenbet shot the sailors with a rifle inside the facility at the Riverside Tech Park on Tuesday morning, causing people inside to flee, said Frederick Police Chief Jason Lando.

Woldesenbet, a Navy medic assigned to Fort Detrick but who lived in town, then drove to the base, where gate guards who had been given advance notice told him to pull over for a search, said Brig. Gen. Michael J. Talley. But Woldesenbet immediately sped off, making it about a half-mile into the installation before he was stopped at a parking lot by the base’s police force. When he pulled out a weapon, the police shot and killed him, Talley said.

The two sailors, who Talley said were assigned to Fort Detrick, were airlifted to a hospital. Police said one victim is in critical but stable condition, and the other is in serious condition but expected to be released Wednesday.

It Turns Out I Wear the Same Hiking Boots as Survivorman Les Stroud, and You Should Really Consider Them, Too

Talley said investigators will determine as much as they can, including why the suspect went back to the base.

“(I) don’t know his mental status at the time, and we’re certainly going to find all that out,” he said.

The brigadier general said the facility where the shooting took place was not under his command. He declined to identify the facility more specifically or describe the work that was done there.

Fort Detrick is home to the military’s flagship biological defense laboratory and several federal civilian biodefense labs. About 10,000 military personnel and civilians work on the base, which encompasses about 1,300 acres in the city of Frederick.

The base is a huge economic driver in the region, drawing scientists, military personnel and their families. Frederick Mayor Michael O’Connor noted that various defense contractors are located near Fort Detrick and that it wouldn’t be unusual for a member of the military to be off base and working with a private firm that does business with the U.S. government.

“When these incidents happen in other places, you’re always grateful that it’s not your community,” O’Connor added. “But you always know, perhaps in the back of your mind, that that’s just luck — that there isn’t any reason why it couldn’t happen here. And today it did.”

By early afternoon, the Nallin Farm gate at Fort Detrick through which …read more