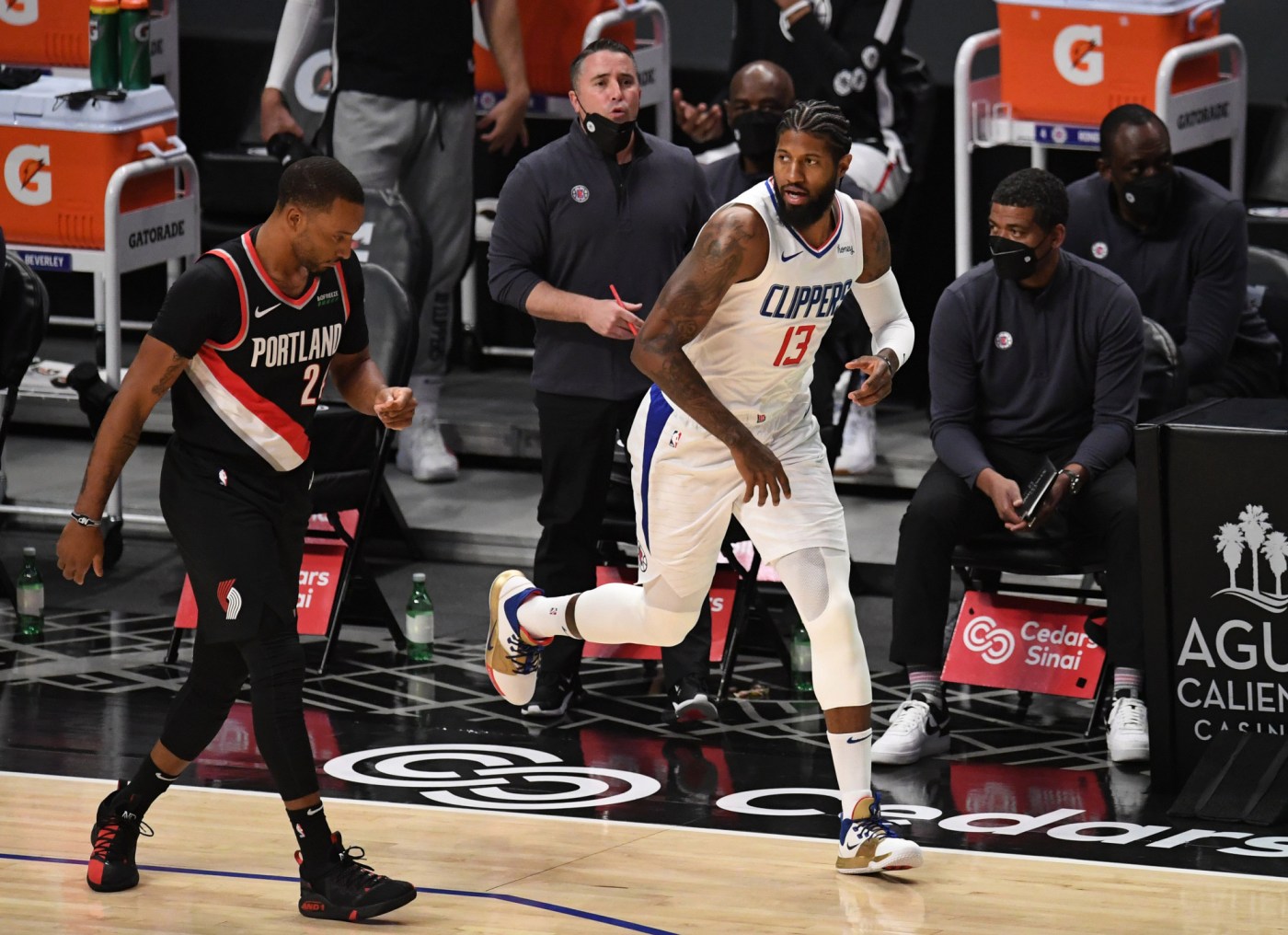 LOS ANGELES — In DeMarcus Cousins’ first game with the team, and Patrick Beverley’s first game since March 11, the Clippers messed with the thermostat, alternating between plenty warm and overwhelmingly hot Tuesday night against the Portland Trail Blazers.

In the end, it was too much for Damian Lillard and Co., whom the Clippers beat handily for the second time this season at Staples Center. This one went L.A.’s way, 133-116.

Paul George led the way with 36 points on 11-for-18 shooting, including going 6 for 9 from 3-point range and 8 for 8 from the free-throw line. His co-star Kawhi Leonard finished with 29 points on 10-of-18 shooting; he also made 8 of 9 free throws, grabbed 12 rebounds and had seven assists.

With the Clippers’ increasing depth, Reggie Jackson raised his hand to be the one to help seal the deal this fourth quarter, when he scored eight of his 23 points to help his side distance itself from Portland.

For the second consecutive game, the Clippers never trailed – though Portland did erase all but two points of what had been a 26-point lead in the third quarter. Despite that, and 32 points from former UCLA standout Norman Powell and 24 from CJ McCollum, the Trail Blazers dropped to 30-20. Lillard finished with 11 points on 2-for-14 shooting.

The Clippers improved to 34-18, a victory set up by their blazing start. L.A. made its first nine shots and built a 15-point lead in the opening quarter, when they shot 72% (18 for 25) from the field for 47 first-quarter points, a franchise first-quarter record, established with help from George’s 22-point first-period explosion on 7-for-9 shooting.

The Clippers came out hot in the second quarter before cooling, with Portland’s encouragement. So after they led 62-36 with eight minutes to play before halftime, the Trail Blazers trimmed that buffer to just seven points with a 30-11 run to end the period.

In the third quarter, the Clippers built some momentum with a 7-0 sprint, then lost it just as quickly when Portland outscored them 12-0 to trim the margin to 84-82.

But with the recently acquired Rajon Rondo helping the Clippers wrestle back control, they finished the third quarter strong and went into the final period leading, 101-89.

Tasked with fending off Portland’s fine fourth-quarter performers, in Damian Lillard (7.8 points, second-most in the league in the final 12 minutes entering Tuesday) and his team (28.1, third), good pals George and Jackson brought it home for the Clippers, who outscored the Blazers 32-27 in the final quarter.