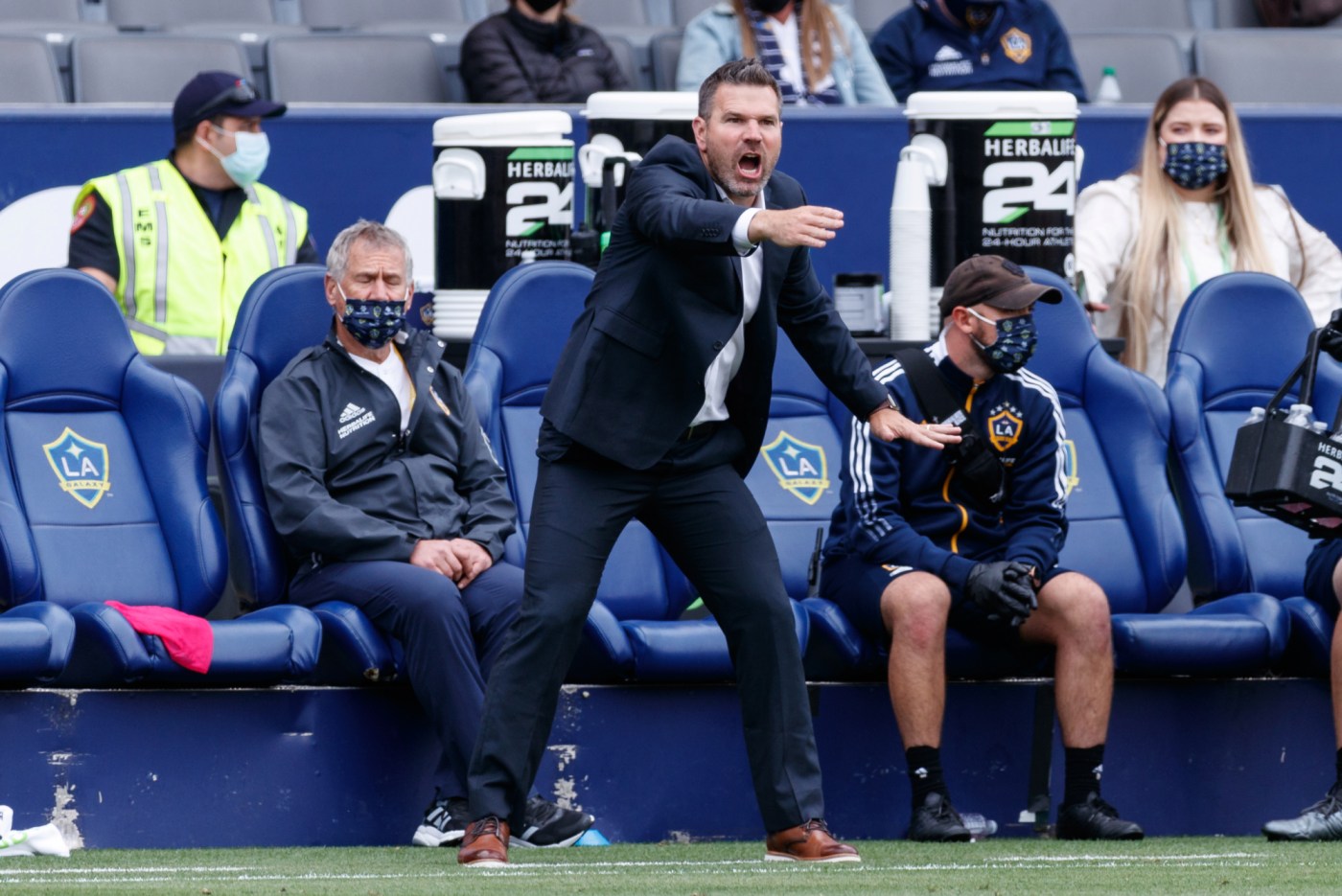 After consecutive wins to open the season, one might think all is well around the Galaxy, especially when you consider last year’s team only won six games.

Despite the strong start by Javier “Chicharito” Hernandez and the fact the Galaxy is only undefeated team in Major League Soccer after the first two weeks, Galaxy coach Greg Vanney is more concerned about the four goals allowed through the first two games.

The Galaxy will face a big test to its good momentum Saturday night on the road against the Seattle Sounders (6 p.m., FS1).

“We want to get through a game where we don’t give up a silly goal or two,” Vanney said. “We want to keep clean and tight. You need to do that when you go on the road and play a team as good as they are.

There have also been moments, like the second half of last week’s game with the New York Red Bulls, where the Galaxy lost its shape defensively, forcing the game to become stretched, leading to chances at goal.

“We need to make sure we stay collectively connected and close to each other and we’re able to support each other in defensive plays,” Vanney said. “We’re making the right progress.”

The Galaxy is also a work in progress on the backline. New signing Derrick Williams has yet to make his debut, although Vanney said he should be available for Saturday night’s game.

Sega Coulibaly was signed Wednesday, but has to get through the visa and quarantine period before joining the club. So it could be weeks until the backline has any real chemistry.

Whatever combinations Vanney will send out in the starting lineup, the Galaxy will be facing a tall task – it hasn’t won in Seattle since July 9, 2016

“It’s a tough place to go, no matter what year it is, how they’re looking and who they have,” Galaxy defender Daniel Steres said of playing the Sounders on the road. “We have to be organized and play our game, to be honest. We want to possess the ball, we want to be on our front foot. We’re going to be away from home, but we want to be aggressive and play our game.”

The Galaxy continues to wait for the arrival of new Designated Player Kevin Cabral. The early plan was for Cabral to arrive in town earlier this week and have him available for next week’s game with LAFC.

GRAMMYS 2021: Watch Doja Cat’s ELECTRIFYING Say So Performance
All over-50s ‘to get booster jab in autumn’ to stop third wave

Miss Manners: These two women have sent our enviable friend group off the rails