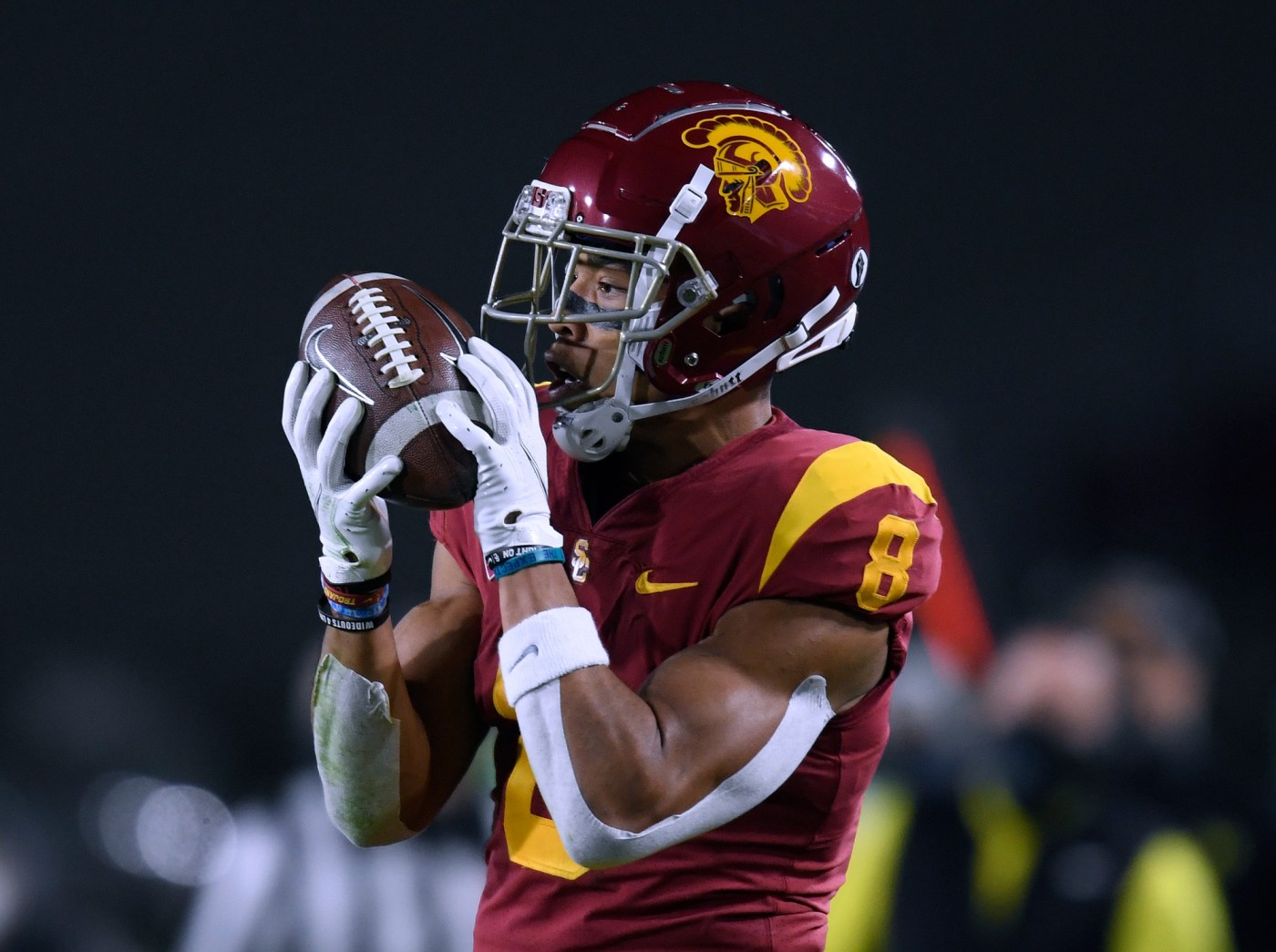 After being absent from Day 2, USC saw four prospects selected on the final day of the NFL draft.

In fact, it was a Trojan who kicked off the day, with defensive tackle Jay Tufele going to the Jacksonville Jaguars with the first pick in the fourth round (106th overall).

Tufele opted out of the 2020 season after COVID-19 struck his family hard, with his sister needing to be hospitalized before making a recovery. He wound up being selected by head coach Urban Meyer, who attempted to recruit Tufele to Ohio State out of high school.

“Today is the most special day in my life. Life-changing,” Tufele told reporters. “Especially with everything that’s happened, it’s a blessing and I’m so grateful.”

The former Mater Dei standout seemed like a possible candidate to be selected on the second day of the draft. But despite slipping to the fourth round, St. Brown found himself going to a good situation. The Lions lost five of their top six receivers this offseason and St. Brown will have a chance to contribute or even start right away in Detroit.

“Last night, I had a bittersweet feeling in my mouth,” St. Brown told reporters. “All it made me realize is that I got to go harder. I’m glad the Detroit Lions drafted me, but this is just a starting point for me.”

And in Detroit, St. Brown is guaranteed two games per season against the Green Bay Packers and brother Equanimeous St. Brown.

Safety Talanoa Hufanga was selected in the fifth round, going 180th overall to the San Francisco 49ers. The consensus first-team All-American fits as a box safety with the Niners, a position that is important in their Cover-3 defense. In addition, the Oregon native will stay close to home.

In his press conference following the selection, Hufanga set a goal for himself: to be a special teams Pro Bowler for the Niners as a rookie.

“Guys can get carried away with dollar signs. I just wanted an opportunity to make the most of it,” Hufanga told reporters.

A round later, Hufanga’s cousin, USC defensive tackle Marlon Tuipulotu, was selected by the Philadelphia Eagles with the 189th pick in the draft.

In a press conference, Tuipulotu declined to say whether a medical concern was raised by teams that might have caused him to fall in the draft after a first-team All-Pac-12 performance as a junior. Tuipulotu redshirted during the 2017 season due to back surgery. He also dealt with a hamstring injury during USC’s pro day in March.

“[The Eagles] have a pretty experienced and very talented D-line with Fletcher Cox and Brandon Graham and Javon Hargrave,” Tuipulotu said. “So I’m just excited to go up there and learn from those guys.”

GRAMMYS 2021: Watch Doja Cat’s ELECTRIFYING Say So Performance
A guide to SIM cards, the small chips that connect your phone to a cellular network