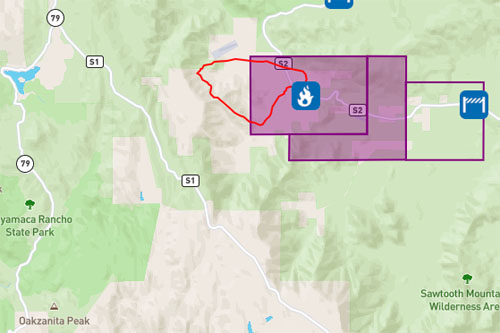 Evacuations have been ordered for a wildfire burning in eastern San Diego County.

The Southern Fire started Saturday afternoon near the community of Shelter Valley and, after a night of strong winds, had burned 2,900 acres. As of 7 a.m., there was no containment, said the San Diego unit of the California Department of Forestry and Fire Protection. At least three structures had been destroyed.

About 500 residents were evacuated on Saturday evening. On the map above, the solid purple indicates the mandatory evacuation area and the outlines indicate an area under evacuation warning.

The area is between Mount Laguna and Anza Borrego Desert State Park.

WHO panel OKs emergency use of China’s Sinopharm vaccine