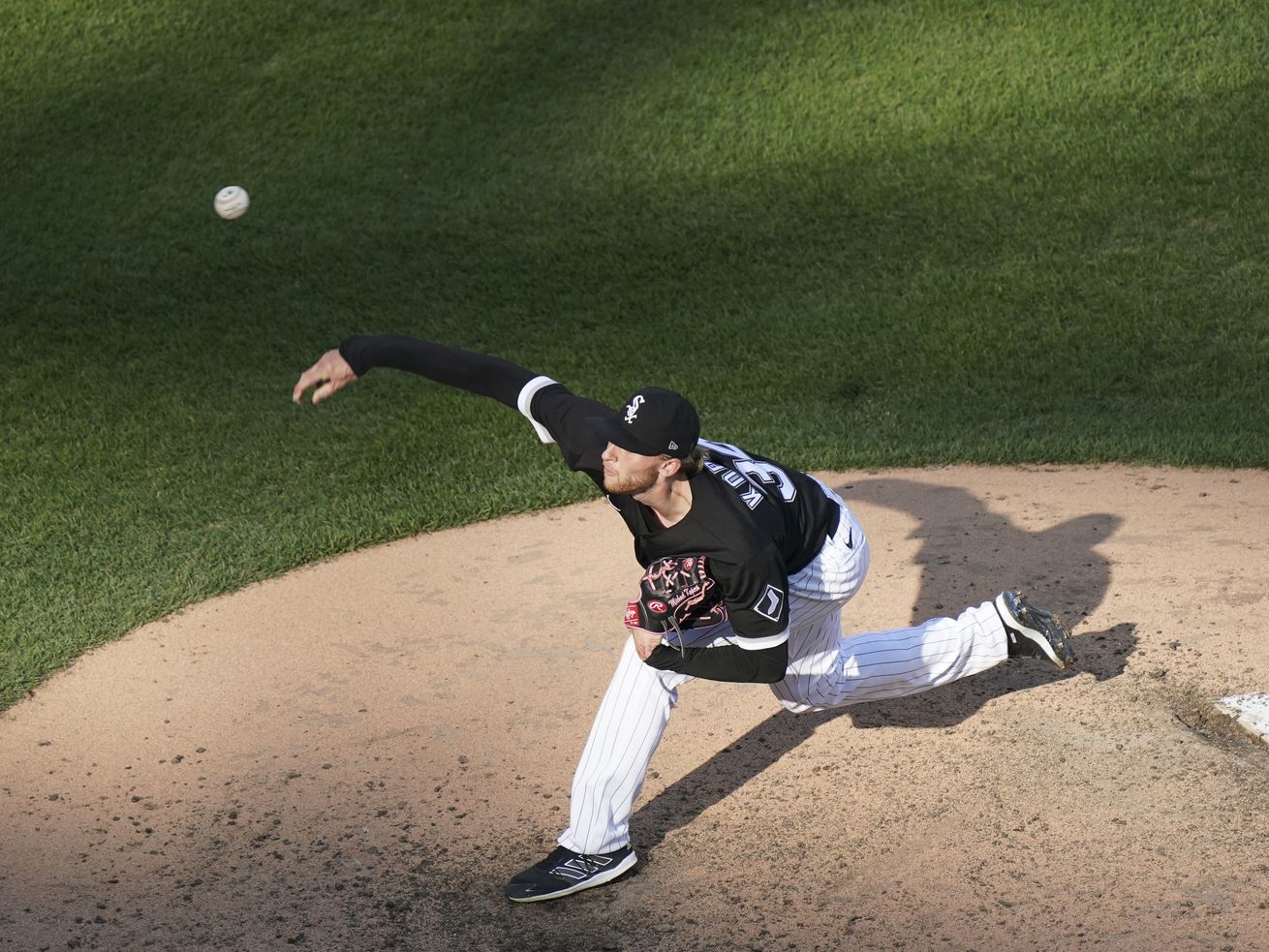 Michael Kopech said he has adjusted his work on a day-to-day basis so he can take the mound any day he’s called upon. | Nuccio DiNuzzo/Getty Images

In seven appearances, he has been a starter twice and otherwise pitched in relief. On Saturday, he threw three scoreless innings from the bullpen.

The multiyear layoff has not kept Michael Kopech from finding his place on this year’s pitching staff, even if that place is moving back and forth between the rotation and the bullpen.

In seven appearances, he has been a starter twice and otherwise pitched in relief. On Saturday, he threw three scoreless innings from the bullpen.

“Right now his flexibility is an important part of what we’ve got to do to get to October,” manager Tony La Russa said.

Being a reliever is an adjustment, but it’s one that Kopech knew was coming headed into the season.

Kopech said he’s adjusted his work on a day-to-day basis so he can take the mound any day he’s called upon, whether that’s to start a game or to come in as a reliever.

So far, it’s working. Kopech has a 1.45 ERA, and he is striking out close to two batters per inning. In 18 ⅔ innings, he has given up just four walks.

Long-term, Kopech still sees himself as a starter, and he used his time the past two years to watch pitchers he wants to model himself after: Gerrit Cole, Jacob deGrom, and Jack Flaherty.

“Those are guys that I have similar arsenals to,” Kopech said. “Maybe not at that level yet, but I hope to one day. Watching how those guys use their arsenals helped me paint the picture of how I should be using mine.”

Mercedes behind the plate?

Yermin Mercedes has dazzled at the plate, but he has not caught yet this season. According to La Russa, that won’t happen in the near future, even with the team playing in a National League city this week.

“Talent-wise, he’s got it all,” La Russa said. “He’s got really good hands, he’s got an excellent, accurate throwing arm. Where he lacks is just gametime experience and calling a game. This is a difficult place to learn that.”

Mercedes is behind Yasmani Grandal and Zack Collins on the depth chart, and that isn’t leaving much opportunity for him to don the catcher’s gear. But despite serving primarily as a DH, La Russa said Mercedes is still getting a chance to learn the position.

“Even though he’s not catching, Jerry Narron works with him every day,” La Russa said. “He has the opportunity during the game to …read more

Afghanistan could face ‘bad possible outcomes’ as US withdraws, says top US general

A’s: Ramón Laureano, Matt Olson put on a show in win against Orioles