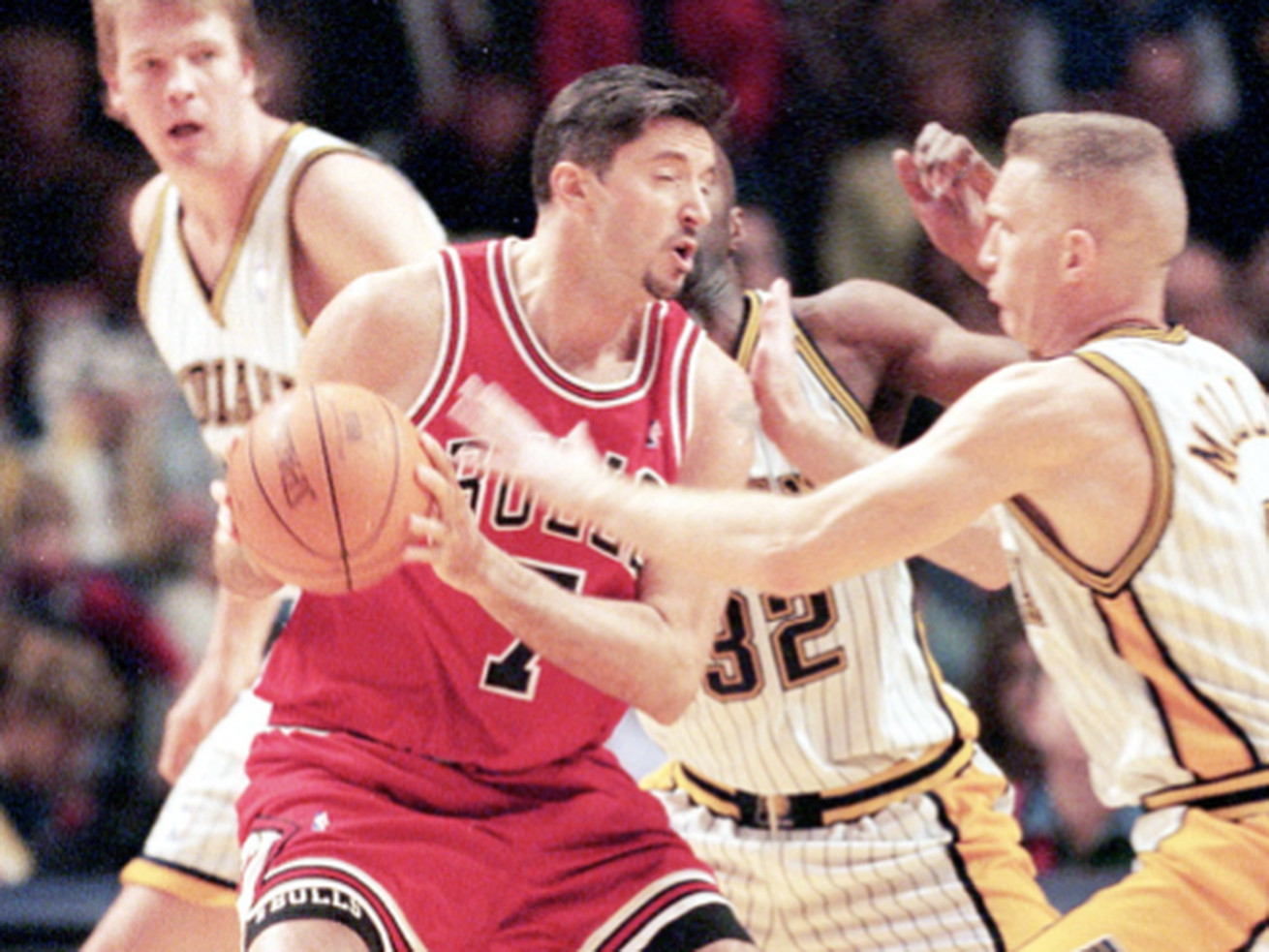 Bulls great, who helped team to second three-peat, part of 16-member class to be inducted Saturday.

Former Bulls star Toni Kukoc will be inducted into the Naismith Memorial Basketball Hall of Fame on Saturday. A native of Split, Croatia, he was voted in by the International Committee.

Kukoc joined the Michael Jordan-led Bulls midway through their run of six NBA titles in eight years. Although he was a three-time MVP of the European League Final Four, his new teammates were skeptical.

“When we came here, it was different times. People didn’t know about us,” he said. “We were pioneers. . . . It was a time when the NBA became a global game, not just an American game. And it became open to the entire world.”

Paul Pierce, a 10-time All-Star with the Celtics and the MVP of the 2008 NBA Finals, is in the class of 16 scheduled to be honored at the Springfield, Massachusetts, shrine Saturday night. Also giving the event a Celtics feel: Bill Russell, who already is in the Hall as a player, will be inducted as a coach, making him the fifth person to be honored for both roles.

The Hall’s committees, which are focused on preserving all areas of the game, also have selected former WNBA commissioner Val Ackerman, longtime coach Cotton Fitzsimmons and scouting pioneer Howard Garfinkel to be inducted as contributors. Clarence “Fats” Jenkins was picked by the Early African American Pioneers Committee, Bob Dandridge by the Veterans Committee and Pearl Moore from the Women’s Veterans Committee.

Will Biden’s vaccination rule for private employers hold up in court?

Pierce, who was the 10th pick in 1998, has long held a grudge over slipping in the draft — behind such players as Michael Olowokandi (first), Raef LaFrentz (third) and Robert Traylor (sixth). But he conceded Friday that it worked out for the best.

“I’m happy with my role. It made me who I am: a guy that’s going to scratch and claw. I earned everything I got,” he said during the pre-induction news conference at the Mohegan Sun Casino in Uncasville, Connecticut, on Friday.

Webber went from Michigan’s Fab Five freshman class to play 17 seasons in the NBA. He even noted the most ignominious moment of his career: The extra timeout he called in the 1993 NCAA championship game against North Carolina.

“Calling timeout, one of the worst moments you can have, 60 days later to be drafted, it was a whirlwind,” he said. “I really did enjoy the journey. The ups and downs and everything that came with it.”

Ackerman had worked for the NBA and USA Basketball when she was named the first president of the newly created WNBA in 1996. She guided the startup for its first decade, helping …read more

Celebrities React To Kanye West - Donda (Official Album)
Lucid is the Tesla of electric-vehicle startups, and the stock is set to soar nearly 60%, Bank of America says

Where to spot TikTok creators in LA: from upscale pasta spots to western-themed steakhouses

Olympians, senators call for prosecution of former FBI agents for lying about the Larry Nassar case

Things to do in Chicago for movie fans

Donald Trump Jr. tried to entice people to tune in to his dad’s boxing event by teasing Area 51 intel