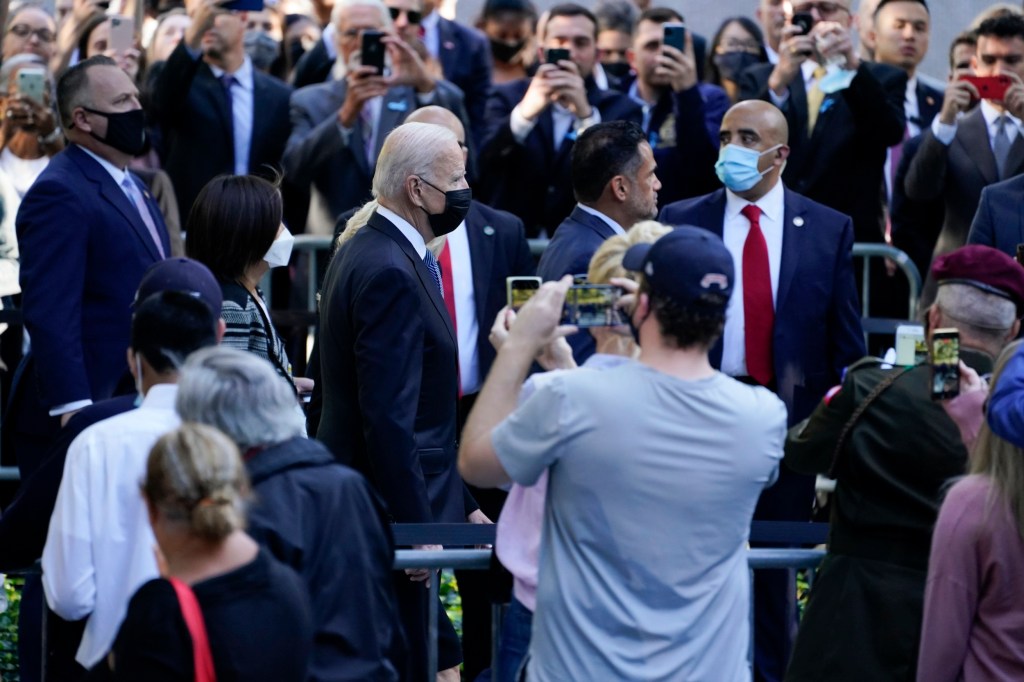 President Joe Biden has arrived at the World Trade Centre ahead of a memorial service for victims of 9/11.

He has been joined by former presidents Bill Clinton and Barack Obama.

The World Trade Centre is where the Twin Towers once stood before two hijacked planes crashed into them, killing almost 3,000 people.

The US flag was carried through the crowd at Ground Zero, as families of the fallen held up photographs of the relatives they lost in the tragedy.

The US national anthem was sung by the Young People’s Chorus of NYC to mark the start of the ceremony, before a minute’s silence was held.

The moment of silence marks the time hijacked Flight 11 struck the North Tower, causing a fireball to engulf floors 93 to 99 of the 1,368ft building.

More than 1,300 were on the floors hit by the plane or above, with some dying instantly.

The names of all 2,977 victims will be read out later in the ceremony.

Got a story? Get in touch with our news team by emailing us at webnews@metro.co.uk. Or you can submit your videos and pictures here.