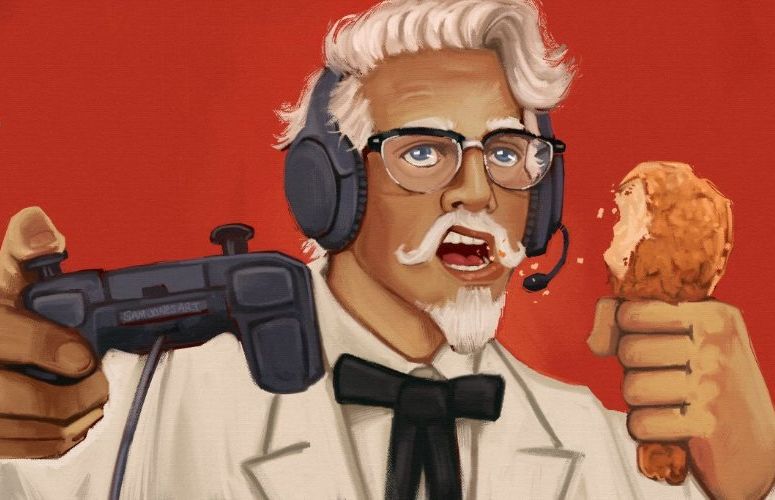 The home of Colonel Saunders has decided to troll Turtle Rock and their new game Back 4 Blood, in one of the strangest Twitter fights ever.

This week’s launch of Back 4 Blood has been a slightly confused affair, with the multiplayer-focused game being impossible to properly review before launch, but it’s not attracted any particularly negative press – until KFC decided to pick a fight with it for no apparent reason.

Using the KFC Gaming Twitter account, a message was tweeted out comparing the box art of Left 4 Dead and Back 4 Blood, with the message ‘every masterpiece has its cheap copy’.

Back 4 Blood is a spiritual sequel to Left 4 Dead, by original developer Turtle Rock, although whether KFC was aware of that when they sent their tweet is unclear.

Their trolling worked though, and Turtle Rock was compelled to reply, with a tweet that reads ‘11 herbs and spices, and still no taste’.

This in turn drew in support from Spider-Man developer Insomniac Games, with the message ‘Hey, we think you’re great!’

That’s interesting because it not only shows developers sticking up for each other, but Insomniac are rumoured to be working on a secret multiplayer project and it may well be that they’ve been paying special attention to Turtle Rock’s work lately.

KFC Gaming is a marketing ploy that’s been going on for a while now, with the fast food firm even going so far as to release a Colonel Saunders dating sim on Steam.

There was also a strange marketing stunt that pretended they were launching their own console, complete with built-in chicken fryer. The console has, you’ll be shocked to find, not yet been released.

MORE : Back 4 Blood is always-online even if you’re playing single-player

MORE : Back 4 Blood closed alpha review – Left 4 Dead 3 in all but name

For more stories like this, check our Gaming page.