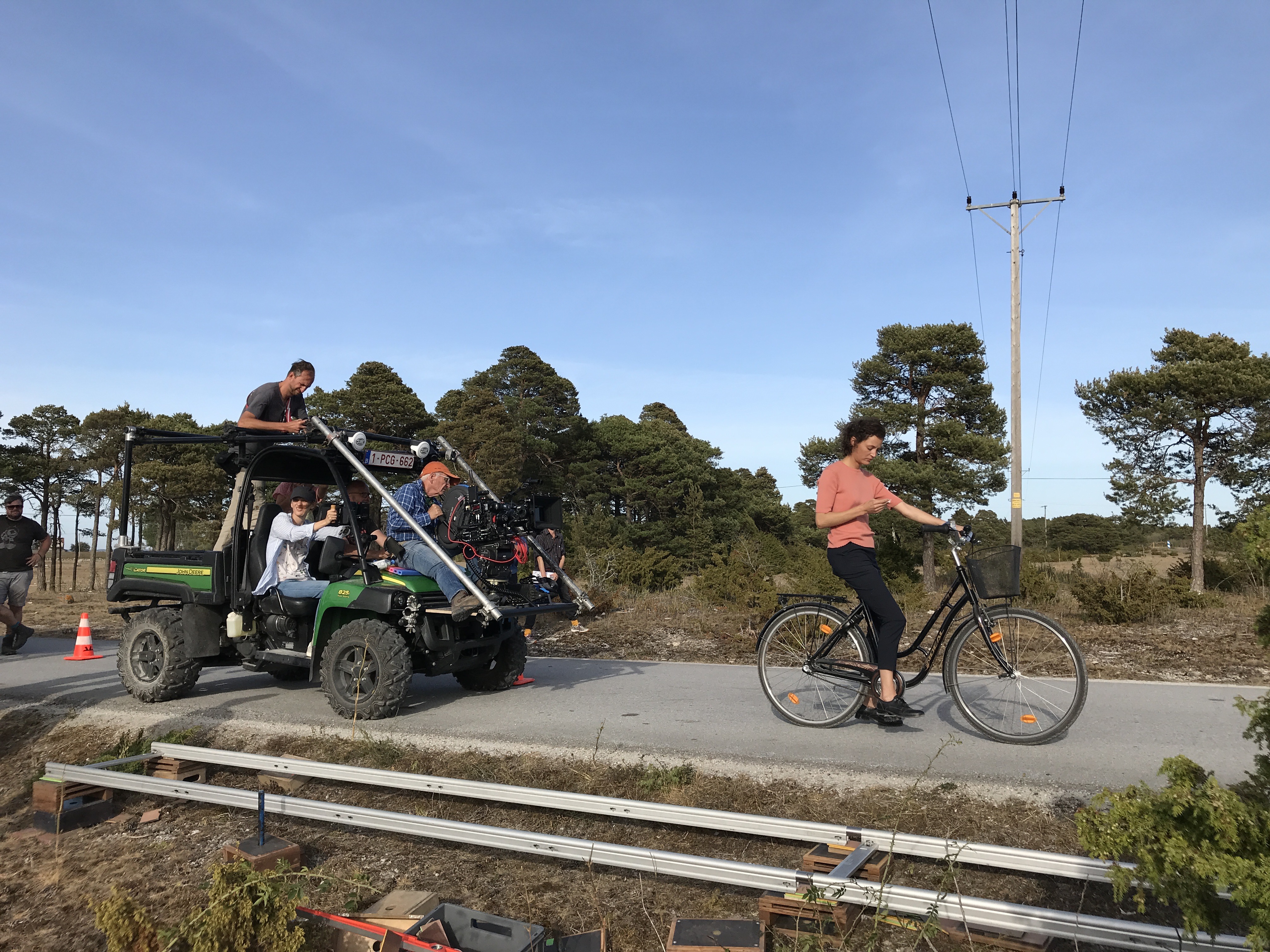 Every filmmaker keeps a couple of projects simmering on the back burner, the kind that can stay there for years until something heats them up. Mia Hansen-Løve had long wanted to write a script about two married film directors. She had personal insights, after all: she was married for 15 years to older French auteur Olivier Assayas, who first met her as a teenager when she acted in two of his films before going off to college and becoming a filmmaker (they had one child and divorced in 2017).

“I spend so much time with an idea of a film,” she told me backstage at the New York Film Festival, where her seventh feature film “Bergman Island” was warmly embraced, just as it was at Cannes earlier in the year. “It evolves continuously to the moment where you start writing. The starting point was the idea of making a film about a couple of directors, one day. That idea was with me along the way, while I was doing other films, on the side. I have an experience of what it is to live with a director and be a director myself, and trying to find a balance between your family life, being a couple, and creativity. And there may be a film about inspiration: it would be both about a relationship, but also the creative process within a couple.”

But nothing happened until Sweden’s Faro Island became the place to set that story.

After Swedish auteur Ingmar Bergman died (July 30, 2007), Hansen-Løve was struck by a feature she read about him in Le Monde. “Of course, I was already a fan of Bergman,” she said. “I had seen a lot of his films, I had read ‘The Magic Lantern’ [autobiography], and he was already a mythical father figure for me somehow. Strangely enough, I had seen [his last feature] ‘Saraband’ maybe a year before, [which] had impressed me a lot. This review explained in a way that it became more real for me: Bergman wasn’t only this great creator living on his Island, very austere, very lonely and this cerebral image that he has, but he was also a great woman lover. He had many children. He was a sensual man.”

In fact, Bergman was married five times and produced nine children. Inspired by his creative life, Hansen-Løve visited his remote northern rocky island of Faro, where she was invited to screen some of her films on Bergman weekend, including “Goodbye First Love.”

“When I came for the first time,” said Hansen-Løve, “I just came with the starting point of a couple of directors spending the summer on Faro to write scripts. I didn’t know what exactly would happen. It’s the only time in my life that I went to a place to experience the film that I was writing, and that’s the way I wrote it.”

On the …read more

Millions across the U.S. endure record cold without power; at least 20 dead

17-year-old among 2 shot in Back of the Yards