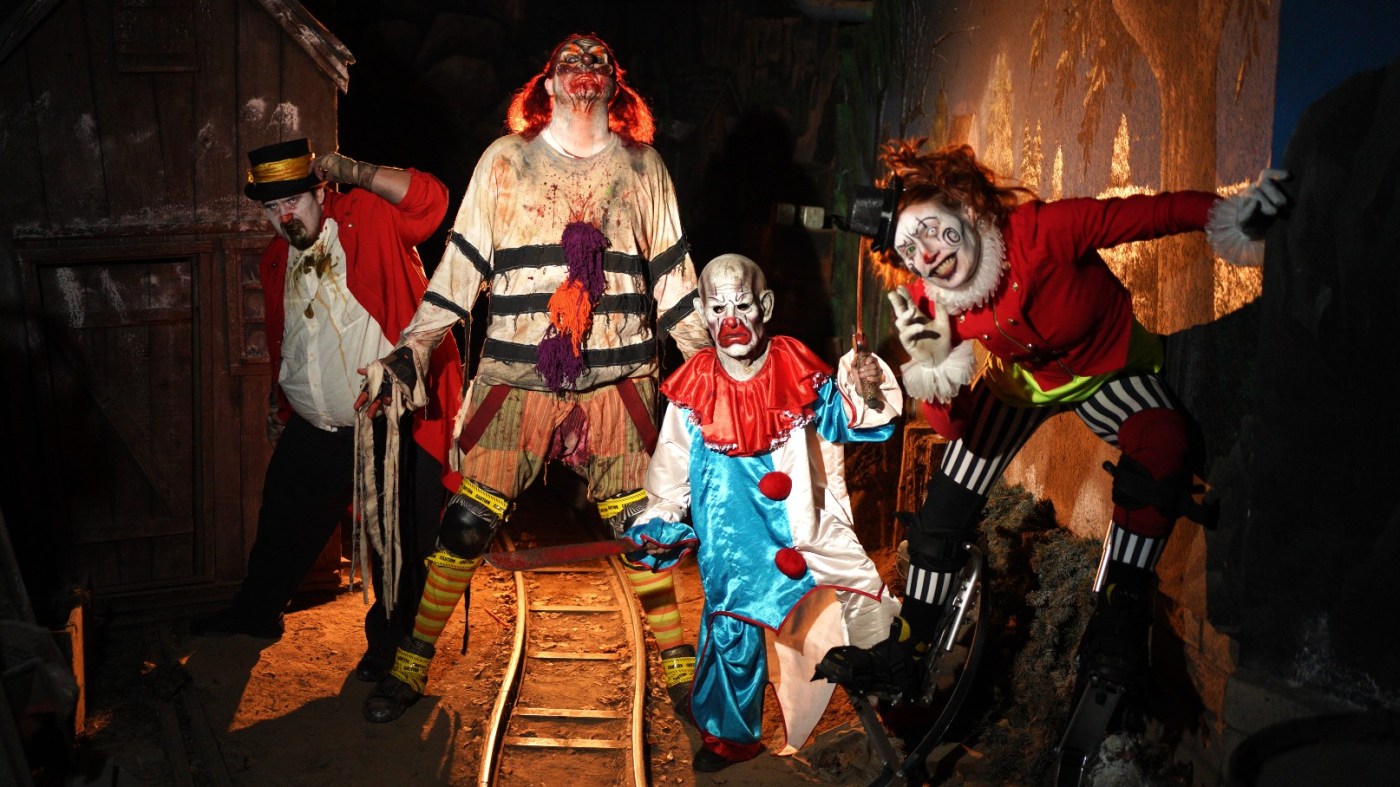 Castle Dark has returned to Castle Park in Riverside after a one-year hiatus due to state mandated COVID-19 health and safety restrictions with three haunted mazes and four scare zones on Friday, Saturday and Sunday nights through Oct. 31.

Sign up for our Park Life newsletter and find out what’s new and interesting every week at Southern California’s theme parks. Subscribe here.

The new Phobias maze — the largest in Castle Dark history —brings you face to face with your deepest fears. You’ll encounter plenty of snakes, spiders and even a mad dentist.

The Home Sweet Home maze invites you to a holiday family gathering gone wrong where Daddy Dearest is having a really bad day.

Mr. Tubb$ Twisted Circus takes you through a mesmerizing maze filled with sideshow oddities, freaks of nature and crazed clowns.

The Dark Harvest scare zone shows no mercy on anyone accused of using witchcraft. Cult worshippers who believe only the dead can be truly saved from eternal damnation fill the Inferno scare zone. A dead family rises from the grave to haunt the Streets of La Sierra scare zone. Demented clowns roam the Midway scare zone in search of new victims to delightfully torment.

Castle Dark runs on Fridays and Saturdays from 7 p.m. until midnight and Sundays 7-10 p.m. through Oct. 31. Castle Park’s rides and miniature golf courses will remain open during Castle Dark.

Tickets for Castle Dark range from $30 to $45. Premium and Platinum annual passholders get unlimited admission during the event. The $25 Castle Dark dinner starts each night at 6 p.m.

The $99 VIP admission lets you become a Castle Dark scareactor dressed in a costume and make-up in addition to taking a behind-the-scenes tour.

SEE ALSO: How SeaWorld San Diego can grow and improve Howl-O-Scream over the next decade

How Do I Ask My Boyfriend For More Sex?

16-year-old among 6 wounded in shootings in Chicago Friday