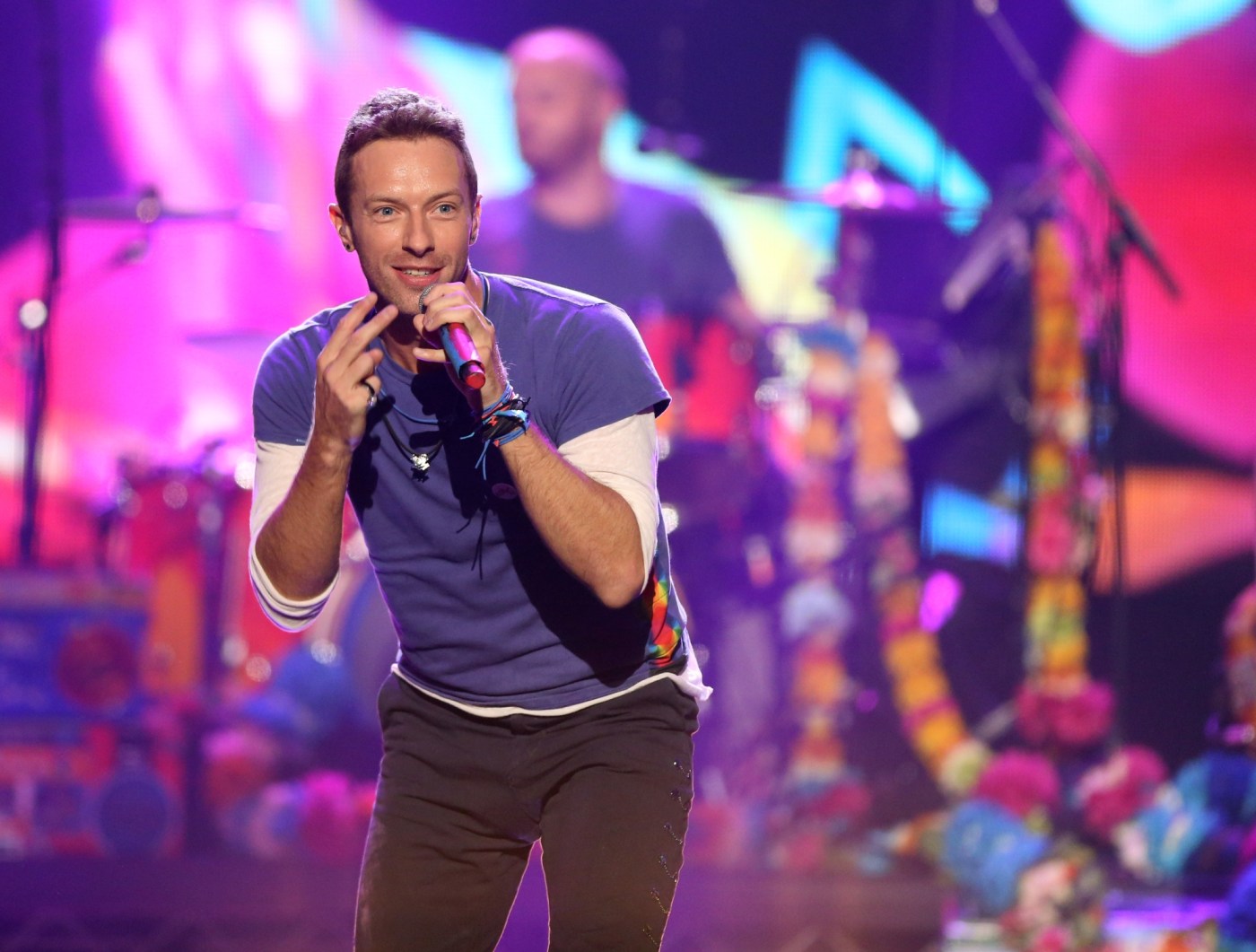 British rockers Coldplay announced a new world tour on Thursday that includes a night at SoFi Stadium in Inglewood on April 26, 2022. Singer-guitarist H.E.R. will open the show.

The Music of the Spheres Tour shares a title with the band’s ninth studio album, which arrives on Friday, Oct. 15.

The interstellar-themed album includes two songs that share the album title “Music of the Spheres” and collaborations with artists including K-Pop superstars BTS, who play four nights at SoFi in November and December, and pop star and actress Selena Gomez.

“Playing live and finding connection with people is ultimately why we exist as a band,” the band said in a written statement. “We’ve been planning this tour for years, and we’re super excited to play songs from across our whole time together.”

The world tour that includes a Northern California show on April 23, 2022, in Santa Clara, where the band played the Super Bowl halftime show in 2016, has been designed to be as environmentally friendly as possible, the band announced.

“We’re very conscious that the planet is facing a climate crisis,” the statement continued. “So we’ve spent the last two years consulting with environmental experts to make this tour as sustainable as possible, and, just as importantly, to harness the tour’s potential to push things forward.

“We won’t get everything right, but we’re committed to doing everything we can and sharing what we learn. It’s a work in progress and we’re really grateful for the help we’ve had so far.

“If you’d like to come to a show and sing with us, we’re so excited to see you,” the statement concluded.

Tickets for the SoFi show go on sale next week. A verified fan presale begins at 10 a.m. Wednesday, Oct. 20. To register for that go to Verifiedfan.ticketmaster.com/coldplay.

This new music and art center is open 24/7 and conveniently located to wherever you are
Things to do in the San Fernando Valley, LA area, Oct. 14-21
In-N-Out’s owner to play House of Blues as part of company band
Reggae returns to Long Beach with new California Vibrations Festival
Coldplay, Imagine Dragons and Kings of Leon will headline ALT 98.7’s ALTer Ego concert at The Forum

Burlingame: Car crashes into tree, killing 2 out of 3 people in vehicle

One in 10 EU nationals ‘considering leaving UK after June’