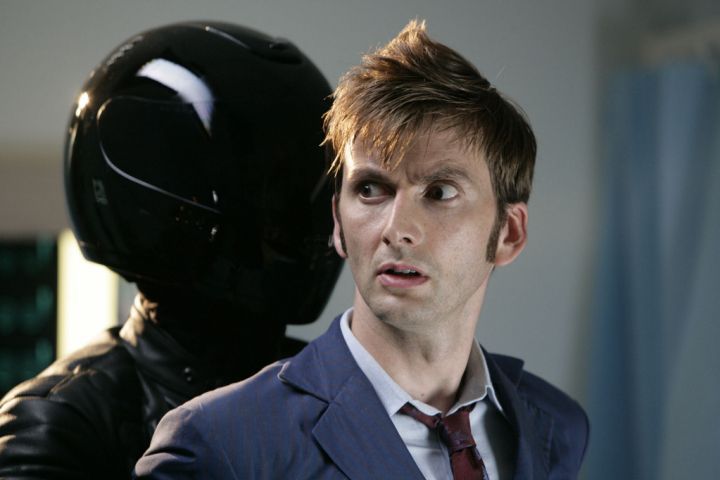 David Tennant has teased that there is always hope he could one day reprise his role as Doctor Who.

The 50-year-old actor returned to the Tardis in the 50th anniversary special in 2013, and has featured in a number of Doctor Who spin-offs and also teamed up with actress Jodie Whittaker in a new video game.

With the show’s 60th anniversary only being two years away and the return of Russell T. Davies as showrunner, the Broadchurch says he wouldn’t dismiss the opportunity to return to the role that transformed him into a household name.

In an interview with Digital Spy, David said: ‘It all depends. The moment you say yes to Doctor Who, even before you’ve done an episode, you’re being asked whether you’d go back after you finish.’

David added: ‘I don’t know if this happens to James Bonds. I don’t know if Pierce Brosnan gets asked if he’d go back to James Bond. Because there’s that element of fantasy, anything is ultimately possible. You should never say never to anything. I think that way madness lies.’

David played the tenth doctor in BBC’s hit sci-fi series back in 2005, replacing Christopher Eccleston. He starred alongside actresses Billie Piper and Catherine Tate, who played the doctor’s companions, with It’s A Sin writer and creator Russell steering the ship.

The actor played the doctor for five years (Picture: BBC)
Michaela Coel and Olly Alexander are one of many names rumoured to play the 14th Doctor (Picture:BBC)

Jodie currently plays the role of Doctor Who and is the first woman to take on the role. The star officially wrapped up filming the 13th series this week, which left a lot of Whovians feeling emotional.

BBC Breakfast: Where is Naga Munchetty and has she left the show as a presenter?

Several names have kept cropping up as fans try to predict who will become the next incarnation of the Time Lord, including Olly Alexander, Michaela Coel and Richard Ayoade.

While the actor to play the 14th Doctor has not yet been announced, fans were ecstatic to hear that Russell, who brought Doctor Who back to screens in 2005, will return as showrunner.

Doctor Who series 13 begins on BBC One and BBC iPlayer on October 31.

Dr Hilary suggests masks should be reintroduced in schools: ‘This is a real problem’

The 25 Best Cheap Sneakers For Wearing Around The House