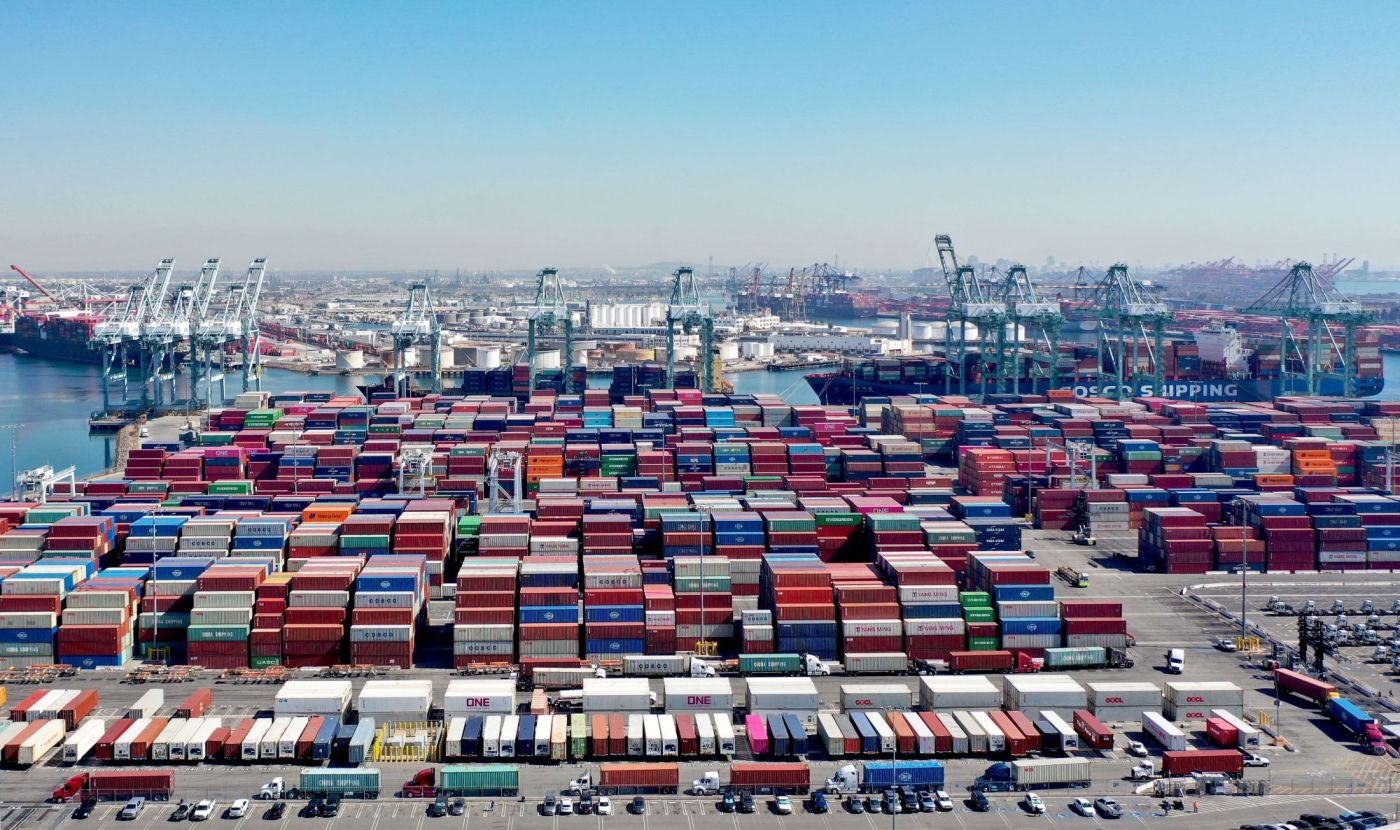 There is no firm timetable in place yet for the Port of Los Angeles to go to 24/7 operations, Executive Director Gene Seroka said Thursday, Oct. 14.

But the work to get there is pushing forward on what will be a big challenge that needs to move quickly.

“There’s not a single lever we can pull today to open up all the gates,” Seroka said during his monthly news briefing. “But we’re trying to squeeze every minute and every hour of efficiency we can out of this port.

“We’re moving as fast as possible,” he added.

Seroka and White House Port Envoy John Porcari, who joined the executive director at the news briefing, discussed the work a day after Wednesday’s announcement that a deal had been brokered with key parties to bring the Port of LA into full 24/7 operations, and continue working to solve a supply chain logjam that involves LA, the neighboring Port of Long Beach, trucking and warehouses. The Port of Long Beach in September launched a pilot program to expand operations at one of its terminals.

“We’ve been mostly focused on the next 80 days or so and what we can achieve together,” Porcari said Thursday. “But at the same time, we’re trying to build for the future.”

Among ideas being pursued, Porcari said, are “pop-up” sites for containers on either public or private property in the Inland Empire, where much of the region’s 2 billion square feet of warehouse space is located and also overburdened with crowded conditions and a coronavirus-affected workforce that has depleted employees at times.

With ships now waiting some 12 days at anchor before being unloaded at the port complex — because containers unloaded by the last ship hasn’t gotten moved out yet to free up dock space — the pressure is on to start fixing the nation’s clogged supply chain.

Black Friday, the traditional start of the holiday season and historically the first day retailers go into the black each year — hence the name — is just a little more than four weeks away, followed by the big gift-giving winter holidays.

Sixty-two ships were sitting at anchor outside the ports on Thursday morning, Seroka said, with 25 more set to arrive in the next three days.

Among them are needed manufacturing and other supplies, Seroka said, but also goods from small importers — family businesses that rely on getting their products to customers in the next six weeks.

Porcari, for his part, said the move to 24/7 operations needs to be nationwide.

“This is not flipping a light switch, as you well know,” Porcari said, adding that tactical meetings now are underway to plan next steps. “As a nation, we have to have the flexibility and fluidity of 24-hour operations.”

The problem, he said, isn’t new.

But the coronavirus pandemic put added stress on an already struggling supply chain — stress, Porcari said, it could not bear. Consumers in lockdown, unable to spend money to travel or …read more

Teen boy, 16, gets 9 years to life for stabbing college girl to death in phone robbery