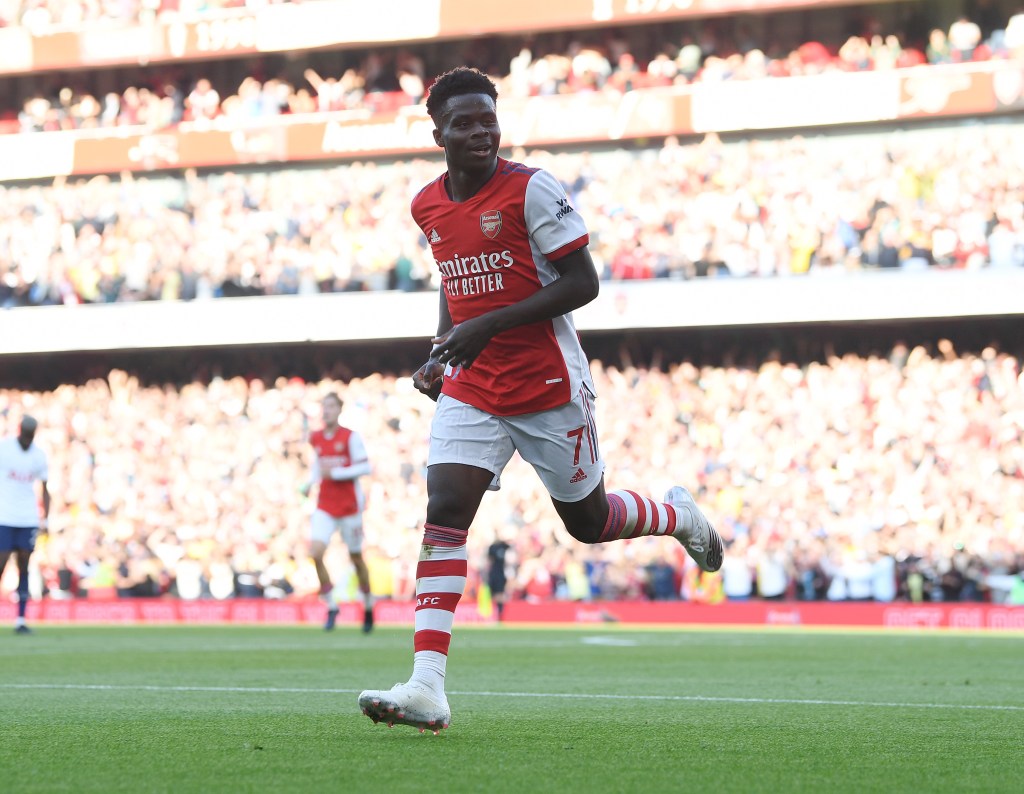 Bukayo Saka is a key player for Arsenal at just 20 years of age (Picture: Stuart MacFarlane/Arsenal FC via Getty Images)

Per Mertesacker has credited Freddie Ljungberg for Bukayo Saka’s meteoric rise into the Arsenal first team.

The 20-year-old, a product of Arsenal’s youth academy, is now a key player in Mikel Arteta’s side having worked his way up through the youth system.

Saka signed his first professional contract at the age of 17 with the Gunners before being pushed into the Under 23s side under Ljungberg.

His rise would see him make his debut for the senior side in November 2018 before he really began to breakthrough into the team the following season.

And Mertesacker, the current manager of the Arsenal academy, says he needed Ljungberg to push him into taking a serious look at the youngster’s talent at an earlier age than he’d usually do when a teenager begins to impress in the youth setup.

‘I remember Freddie Ljungberg making a real effort to get Bukayo up the age groups but I don’t judge players at 16 because I have seen so many really talented players of that age who three years later have no chance,’ he said.

‘It’s between the ages of 16 and 19 that the magic happens. That’s when you see the difference between those players who grab the opportunity with everything they have and those who are given multiple chances and don’t take them.

‘Bukayo has the mindset of a lifelong learner and I can only congratulate his parents for raising a son who is so humble, so respectful and so disciplined.

‘Watching him play for England fills us with so much pride and even the huge disappointment of missing that penalty at the Euros was the making of him.

‘We absolutely love it that he is such an inspiration who always stays true to himself along the bumpy pathway and has not been distracted by the shiny things that will come to him such as contracts and money.

‘He has never lost sight of the fact that he is really fortunate to work under such privileged circumstances and those principles will last longer than any contract that he might sign.’

Fast forward several years and Saka has now made 66 league appearances for the north London side, scoring seven goals.

He’s eared his spot in Gareth Southgate’s England squad and was one of several bright sparks in their run to the Euro 2020 final.

With Arteta’s project at Arsenal well underway, many believe Saka and fellow academy graduate Emile Smith Rowe are the two tasked with taking them back to the top.

‘So we are …read more

Kobe Bryant Used 1 Email to Prove His Fiery Competitiveness After Suffering a Brutal Season-Ending Injury: ‘I Feel They Are Forgetting How Good I Was’

Jeff Gordon’s Dark Side: NASCAR Legend Learned an Important Lesson About Dirty Driving Early: ‘I Drove Over Some Other Kid to Win’