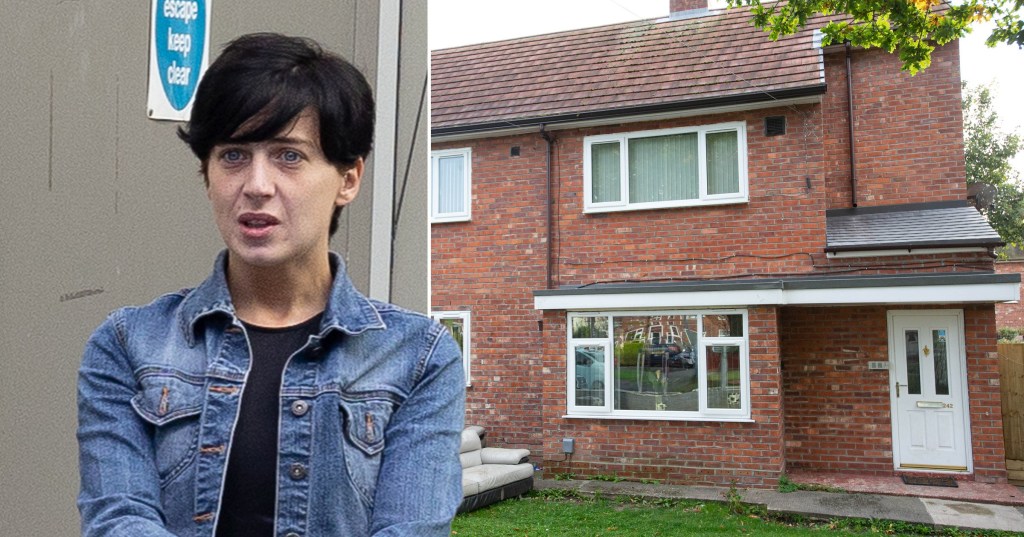 A sex worker was taken to court after neighbours complained of loud sex throughout the day and night during lockdown.

Nicola Parry, 29, would normally ply her trade at a brothel in Manchester’s city centre, but was unable to work there due to Covid-19 rules.

The mum-of-one decided to follow Government advice on working from home to make ends meet, only to enrage locals at Woodhouse Park, in the suburb of Wythenshawe.

One was asked by Parry to look after her six-year-old son while she tended to clients, many of whom were seen queuing up in their cars outside at breakfast time.

Police intervened after one unnamed neighbour kept a diary of these illicit encounters at the house.

She told of multiple sex workers turning up for liaisons and of one punter propositioning her whilst she was outside in her garden.

In one incident, Parry was seen stood on the roof of her property clutching a warning letter from a housing association about her activities.

Parry was later arrested after an incident in which she stripped naked in the middle of a busy carriageway during the rush hour.

Miss Manners: What does the boss mean, that I’m ‘too quiet’?

She claimed she needed to ‘attract attention’ from passing motorists as she was fleeing an abusive punter.

At Manchester Magistrates’ Court, Parry who now lives above a massage parlour in Blackpool, admitted charges of keeping a disorderly house, indecent exposure and causing a public nuisance.

The investigation began in November last year after Parry began complaining to neighbours about being unable to work at the brothel due to Covid.

After receiving a letter from her housing association, Parry stood on her roof screaming: ‘You are all f*****g b******s! Which one of you complained about me? (Picture: Cavendish Press)

It was after this that locals noticed more and more people showing up and started making notes.

One neighbour had multiple conversations with the housing officer after spotting three sex workers enter the property at about 9.30pm on January 22, the court heard.

Parry was warned, but the same neighbour said there was ‘particularly bad’ noise at ‘all times of the day and night’ on January 27 – particularly as windows were left open.

She called the police at 5am, 7.20am and 8.45am because of the racket coming from the home, with multiple men seen entering.

A queue of people started forming in the car park and after another sex worker showed up at 8.30am, police were called and everyone was asked to leave.

Parry, who now works at a massage parlour …read more

New asthma ‘wonder drug’ approved for use on NHS