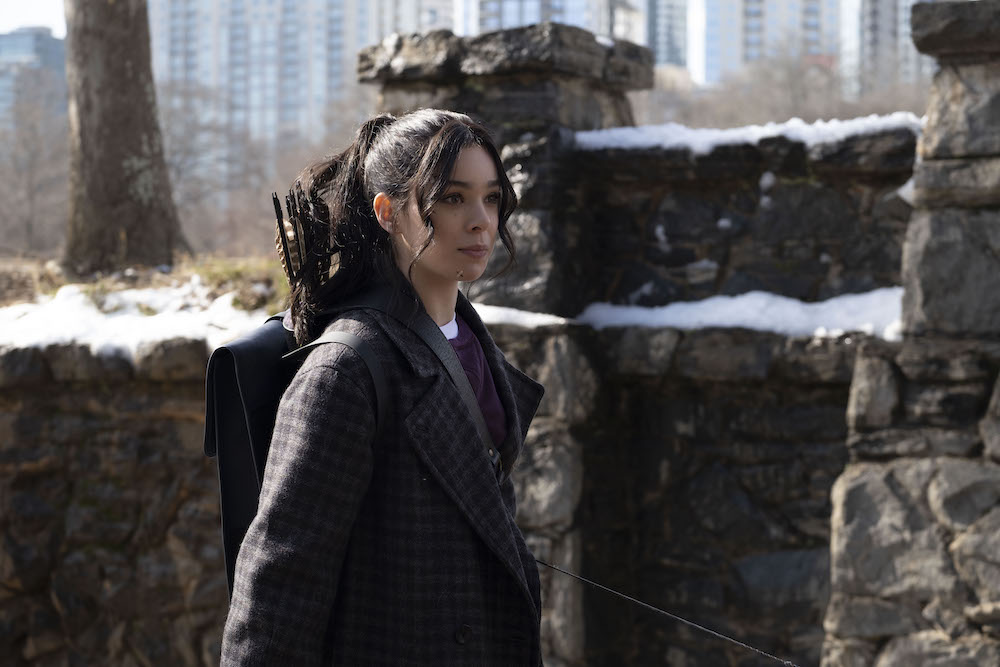 All I want for Christmas is for Marvel to stop treating its TV shows like filler. After an intriguing start with “WandaVision,” Kevin Feige’s debut MCU entries for Disney+ have been erratic, at best. “The Falcon and the Winter Soldier” dive-bombed from a missed opportunity to outright infamy, before the overstretched “Loki” offered a few enamoring moments amid an onslaught of over-communication. Debating what’s gone right and wrong with Marvel’s transition to TV has followed a similarly long-winded journey, but it’s hard to argue every episode so far is indispensable; fans will be able to follow the movies just fine if they skip the Disney+ originals, and what does get examined in each six-hour show hardly feels worthy of all that time — which leads us to today.

“Hawkeye,” the fourth live-action MCU series to debut on Disney+, has all the trappings of a sought-after seasonal present: an O.G. Avenger at its center, three Oscar nominees leading the cast (plus “Better Call Saul’s” Tony Dalton!), and a genre at least as popular as superheroes laced into its six-episode season. In case its not clear from Disney’s marketing, the photo above, or this merry introduction, Jeremy Renner’s first standalone story as Clint Barton (aka Hawkeye) is also a holiday story, filled with steady snowfall, family bonding, and more gleaming evergreens than you can count.

Yet anyone expecting to unwrap an adventure on par with any of Renner’s past outings as the bow-wielding sharpshooter will be in for a blue Christmas. “Hawkeye” isn’t the year’s primo gift so much as the cheap socks or oversized t-shirt stuffed thoughtlessly into your stocking. Merely there to take up space on Disney+, the first two episodes are so low-stakes and nonsensical it’s hard to believe they’re backed by millions of dollars and one of Hollywood’s most successful studios. But then again, we’ve been here before — all year, in fact. Throughout 2021, Marvel has stoked the inviting fire of hope only to douse it with inattentive execution. Why should a bit of holiday trimming change Marvel’s way of doing business?

Like “The Falcon and the Winter Soldier” without the common courtesy to put its second star in the title, “Hawkeye” opens on Kate Bishop (Hailee Steinfeld, an Oscar nominee for “True Grit” — and unjust snub for “The Edge of Seventeen”), then spends a majority of the pilot introducing her backstory, and builds to a predictably fateful meeting between the up-and-coming archer/fencer/karate kid and her childhood hero. Back in 2012, when Loki & Co. attacked Manhattan, Kate was just an adolescent, living with her fighting parents (Vera Farmiga, an Oscar nominee for “Up in the Air,” and Brian d’Arcy James) in a massive Manhattan penthouse. Despite Hawkeye saving the kiddo with a well-timed exploding arrow, wayward blasts from alien warships resulted in the loss of dear old dad, and Kate vowed …read more

The Best 2021 NFL MVP Odds, According To MaximBet

A lesson from the Bears: Bad things happen to bad organizations

Is liability the same if a person who is homeless is the one injured? Ask the lawyer

Coronavirus: Hospitalization on the decilne in L.A. County with 1,081 new cases, Nov. 24

Padilla doesn’t understand use of the filibuster