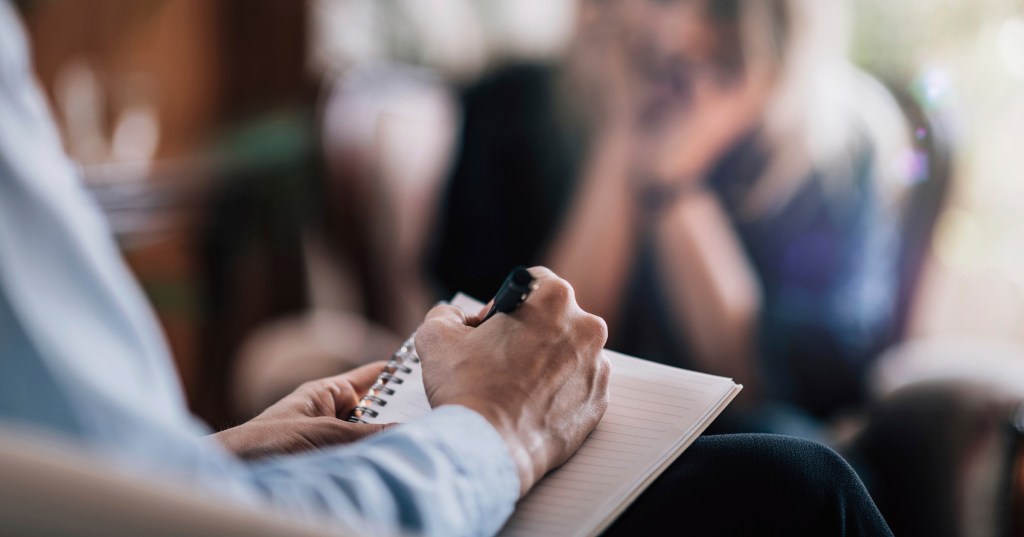 New guidance will encourage doctors to offer therapy and exercise to their patients (Picture: Getty Images)

NHS doctors are set to be told to first offer people with mild depression alternatives to antidepressants.

The National Institute for Health and Care Excellence (Nice) said patients should be offered a choice of therapy or exercise and suggested group classes in things like meditation or behavioural therapy.

The new draft guidelines – which are subject to consultation – also call for the option of individual counselling sessions to be made available.

They say: ‘Do not routinely offer antidepressant medication as first-line treatment for less severe depression, unless that is the person’s preference.’

Nice are urging doctors to involve patients in conversations about what would suit them best – adding that group cognitive behavioural therapy (CBT) could be offered as a first treatment instead of standard medication.

Barbara Sahakian, a professor of clinical neuropsychology at Cambridge University, suggested that the treatments are ‘much better’ but patients must be ‘committed to them’ and said they require effort.

She told BBC Radio 4’s Today programme: ‘Some people do prefer a quick fix (like tablets) but it is better for you in the long run to be able to manage your emotions and depression rather than have to take drugs for it… especially if you have got mild depression.’

Dear Abby: I know something about my boss that other people are starting to suspect

Other interventions suggested by Nice include group behavioural activation (BA), which helps the person to recognise negative patterns and focus on behaviours that are linked to improved mood.

Individual BA or CBT may also be offered alongside group mindfulness or meditation, group exercise and counselling.

Nice said people could be offered a ‘menu’ of treatments to choose from as part of a discussion about what may be contributing to their depression, and the person’s experience of any prior poor mental health and treatment.

It said the new draft guideline is the first in 12 years to identify, treat and manage depression in adults.

A similar range of psychological interventions, along with the option of antidepressant medication, is available to those choosing a first-line treatment for more severe depression.

Dr Paul Chrisp, director of the centre for guidelines at Nice, said: ‘People with depression deserve and expect the best treatment from the NHS which is why this guideline is urgently required.

‘The Covid-19 pandemic has shown us the impact depression has had on the nation’s mental health.

‘People with depression need these evidence-based guideline recommendations available to the NHS, without delay.’

The guidance also tells doctors to discuss mental health waiting lists with patients and how long they may need to wait for treatment.

‘The Humans’ sets the table for a funny, harrowing Thanksgiving

Nursery worker, 22, stabbed friend in the nose in ‘murderous attack’

Where are the workers? Thousands haven’t returned to Utah labor force since pandemic

Berkeley cat has sudden aversion to being petted