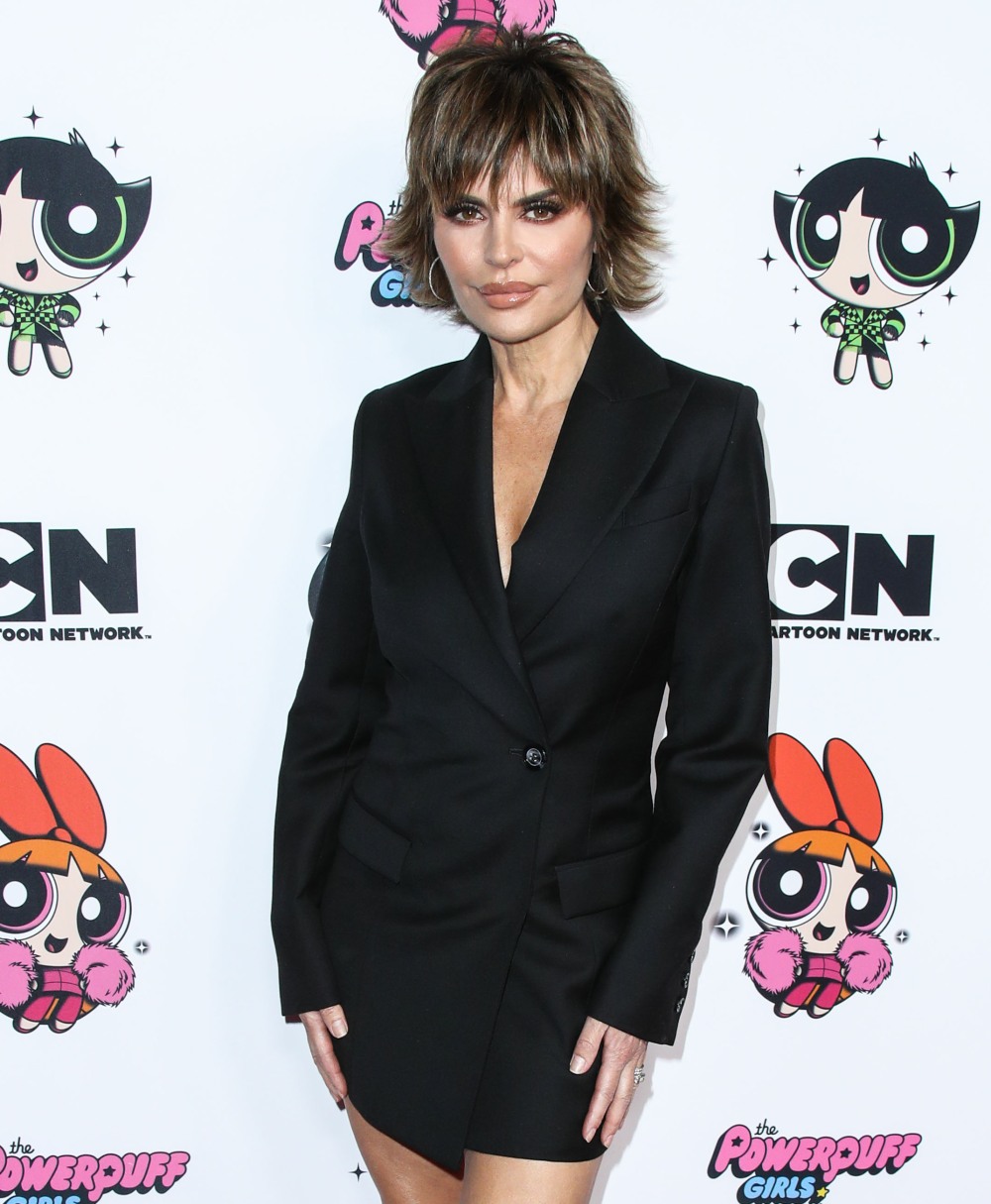 As a group, I would consider all of the white Real Housewives to be de facto Karens. That is their vibe, on the whole, although I’ll consider arguments that certain individual Real Housewives are not at that Karen level. But sometimes Karens don’t know they’re Karens until someone tries to take away their QVC line! So it is with Real Housewife of Beverly Hills Lisa Rinna. To her credit, I suppose, Rinna has been posting some allyship messages to the LGBTQ community, Black Lives Matter and more. And apparently a roaming flock of Karens complained to QVC:

Lisa Rinna won’t let anyone stop her from voicing her political views. The designer of the Lisa Rinna Collection, which is sold exclusively at QVC, spoke out on her Instagram Story on Wednesday after critics she described as “Karens” allegedly complained to the company and attempted to get her booted because of her political beliefs.

“I am sad to report it would now seem I can’t use my platform to inform or question or say how I feel politically because the Karen’s have bombarded QVC begging them to fire me and saying they will no longer buy my clothes,” Rinna wrote. “It is a shame that I must be muzzled in order to support my family but that is just what it is. Remember you know how I feel. Use your voice and vote,” she continued.

In another post on her Instagram Story filled with stickers that said “QUEER,” “PROUD TO BE PROUD,” “BLACK TRANS LIVES MATTERS,” and “THIS FIGHT AIN’T OVER,” Rinna made it clear that she’s proud to voice her opinions. “I will be on the right side of history and in the end THAT IS WHAT MATTERS MOST,” she wrote.

The internet has started using the name “Karen” to describe a woman who acts entitled or demanding beyond what is considered appropriate. The New York Times described a “Karen” as the “policewomen of all human behavior” in a 2019 piece. While it’s not exactly clear which of Rinna’s social media posts the “Karens” were upset by, the Real Housewives of Beverly Hills star, 56, has posted in support of the Black Lives Matter movement numerous times, Pride Month and the recent Supreme Court decision prohibiting discrimination against LGBTQ people in the workplace.

So Karens actually contacted QVC to demand that they (QVC) get Lisa to shut up about politics on her own social media? WTF? I mean, it would be one thing if Rinna and her team were posting tons of political messages on the business’s social media, but to complain about Rinna using her own Instagram to post messages? And I looked through Rinna’s IG and IG Stories – she’s not saying anything controversial whatsoever. Anyway, I would have thought that Lisa Rinna would be the Queen of Karens but it turns out she’s a victim of Karens.

“Nicole Young filed for divorce from Dr. Dre after 24 years of marriage” links