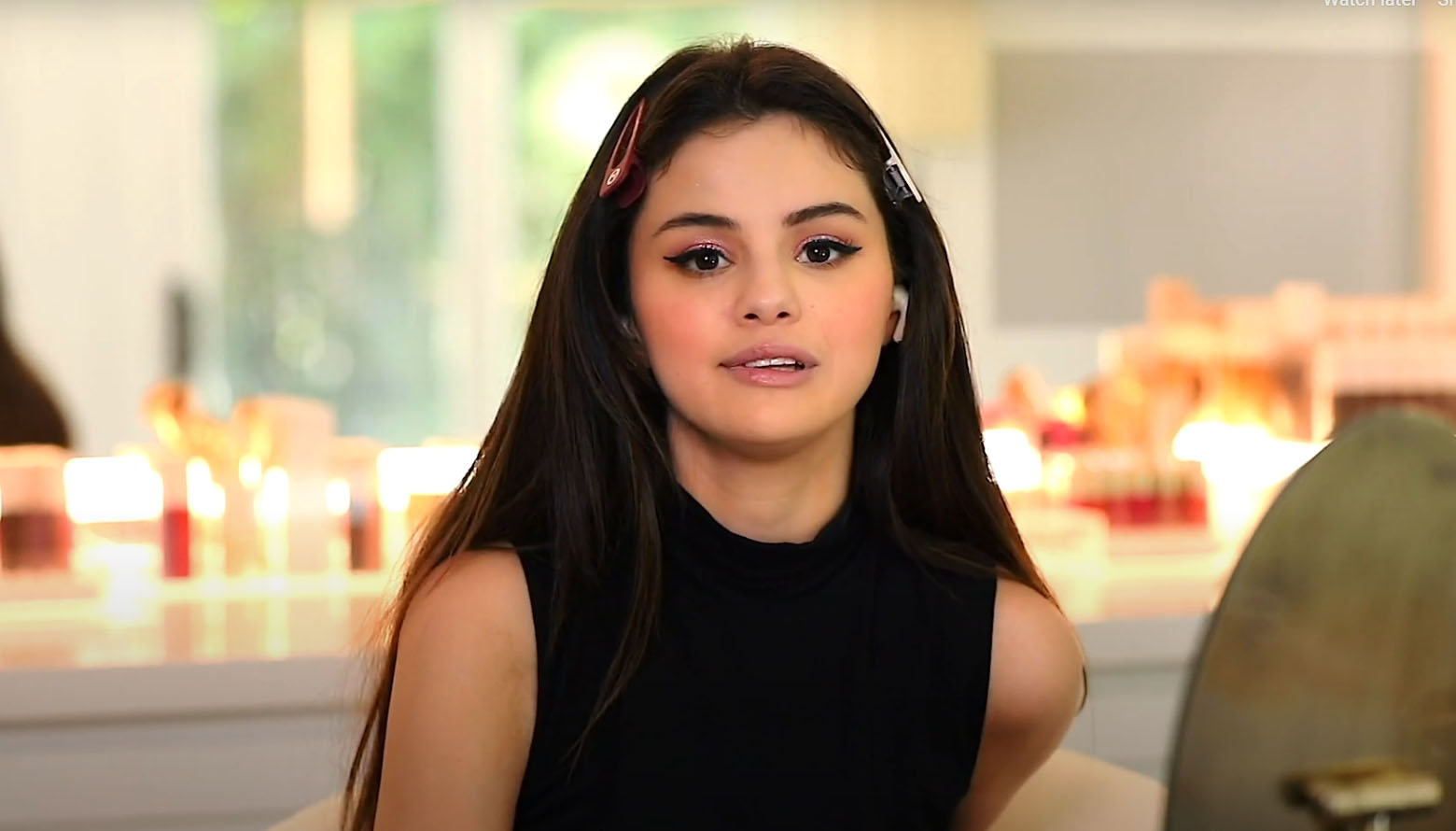 Selena Gomez, a Latinx Disney princess in her own right, has been making the rounds to promote her new makeup line Rare Beauty. It’s been getting a lot of great reviews from the beauty community.

Selena recently did a collaboration video with popular influencer Nikkie Tutorials. They had a girly chat while trying out Selena’s new product line. In the video, Selena gets really personal about her dating life in quarantine and how “all of her exes think she’s crazy.” Here is more from the conversation, via Just Jared”

“It’s hard [to find a man] in quarantine,” she said while doing her makeup in the clip, adding that it’s “not an invitation” for anyone to ask her out.

“It’s just funny that I release things that say I want a boyfriend and stuff…and I’m like, ‘I didn’t really mean it, though.’ Guys are a lot of work,” she continued.

She also supplied rare commentary on her ex-boyfriends, saying: “Every one of my exes thinks I’m crazy…I don’t care.”

I am in the age group that was too old to grow up with Selena on Disney and I really didn’t pay much attention to her until recently. Watching her on this video just made me fall in love with my Texas sister. I love that her voice is super deep and raspy. She is just so cute but you can also tell mama don’t take no sh*t.

I enjoyed her camaraderie with Nikkie as well. She said at some point that she thinks she likes Nikkie. It was a cute, uplifting video and gave many people who are not familiar with Selena a person a glimpse into her personality.

As far as her exes thinking she’s crazy, many men call independent, not easily controlled women crazy. I’ve been called crazy several times in my dating life. It is a word some men throw around to gaslight strong women. So don’t feel bad Selena, keep it moving and find a man who not only loves your quirks but also who celebrates that strong independent spirit.

Here is the video of Selena Gomez with Nikkie Tutorials:

#SELPINK is officially in your area. The song and video for Ice Cream are out now! 🍦 @blackpinkofficial

Khloe Kardashian to Tristan Thompson: How Long Until You Cheat Again?