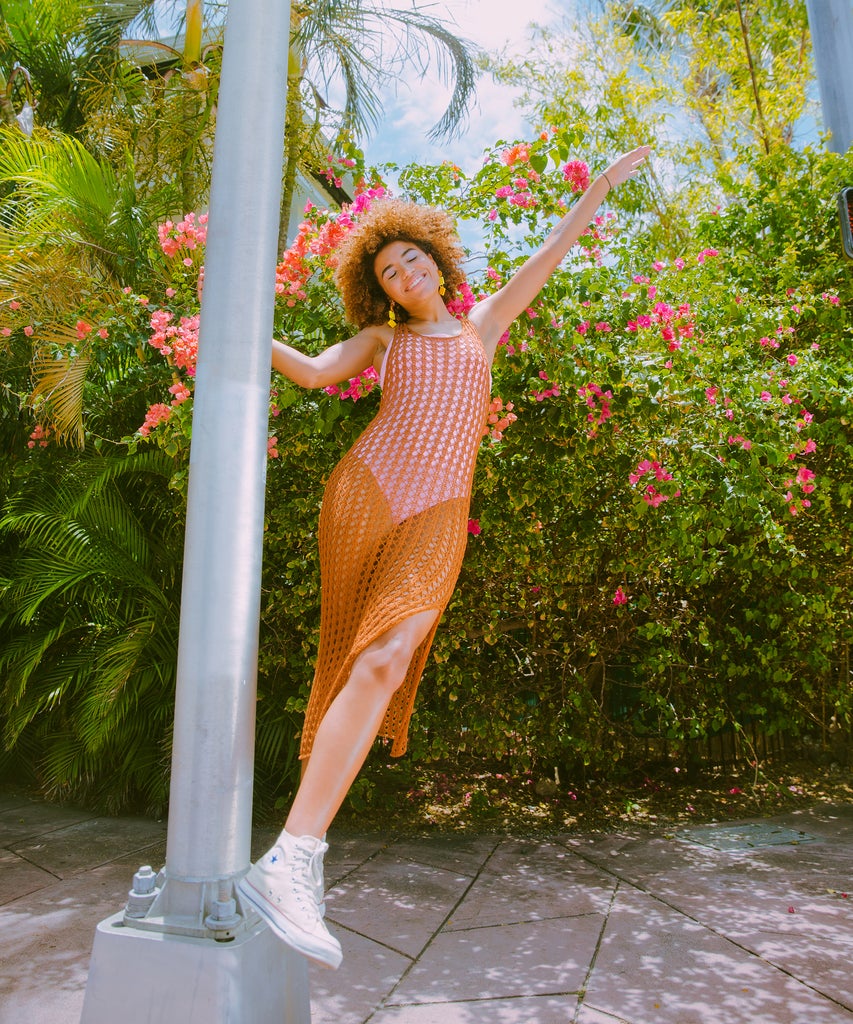 Happy National Singles Week, everyone (yes, it’s a thing!). If you are single, you’re in good company: According to data from the General Social Survey, 51% of Americans between the ages of 18 and 34 weren’t coupled up in 2018. We strongly believe that being single is awesome; a state to be treasured and enjoyed, rather than worried over. But we also know that we’re given some pretty strong cultural cues every day that equate being single with being lonely. We hate it, but no one’s immune from internalizing those messages. So if you’re having a crisis of confidence about your single status, we’re here for you.

Or rather, Serena Kerrigan, confidence coach and host of Let’s Fucking Date on Instagram, is here for you. She’s all about breaking the stigma around single life. Especially important, she says, is throwing out the entire notion that a relationship is required to or capable of completing you. “You need to make yourself whole,” she says. “The only thing that remains a constant is yourself.”

Kerrigan is part of a larger single positivity movement that we can’t get enough of. She offers up a straightforward four-step plan that you can turn to whenever you need a little confidence boost.

First things first: Remember that you being single does not mean that you’re in any way unlovable. “They way to be lovable is to love yourself, and the way to feel most fulfilled is by being self-sufficient,” Kerrigan says. Stripping singledom of its negative stigma is a great place to start your confidence journey.

Become best friends with yourself

“You have to become your own best friend,” Kerrigan says. One way to do that? Talk to yourself in the mirror. We mean going beyond using affirmations, though. “Have a dialogue, a conversation that you would have with a friend,” she says. “That perspective makes it much more easy to consume and to practice.” After all, you wouldn’t necessarily chant “You are loveable!” to your friend over and over — so why do it to yourself? “If your friend wasn’t feeling good, you’d say, ‘Hey, you are amazing. What can we do to make you feel better?’” she explains. Chatting away like you would to your bestie makes it easier to hear yourself, and believe yourself.

These Are 2021’s Top Garden Trends, According To Instagram

Find fulfillment in your life

“In the Jane Austen-era, a woman’s job was to get married because that was what was going to define her livelihood,” Kerrigan says. “Now, in 2020, women don’t need to get married to be financially independent.” Pinpoint what makes you feel fulfilled, whether it’s your career, your side hustle, your hobbies, or your friends, and put some energy into appreciating what makes you, you. “At the end of the day, you need to feel really fulfilled by yourself,” she says.

Side note: Sometimes “having hobbies” can …read more

The CDC Backtracked On Its New Guidelines. Here’s Why That Matters

Katherine Waterston’s Finally Not The One Going Through Hell