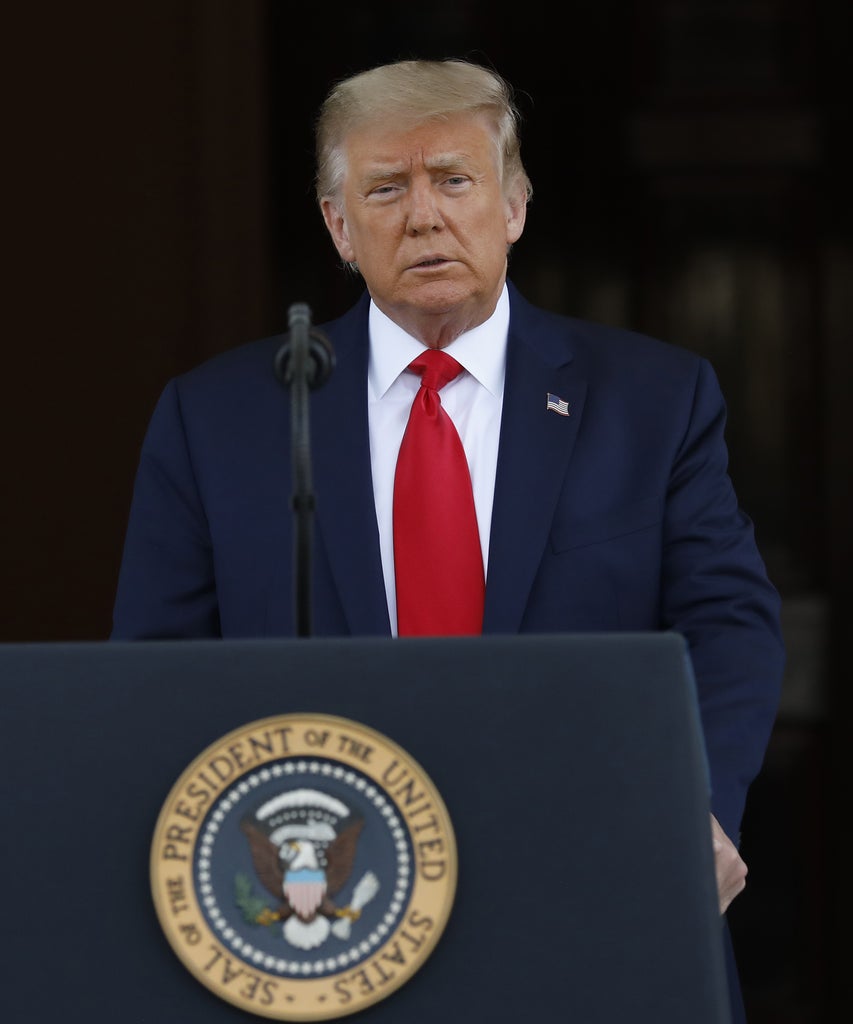 By now, it’s no secret that President Trump has created a veritable circus out of pandemic press conferenced. Since February, when COVID-19 first entered the U.S., Trump has downplayed the severity of the novel virus that has now killed more than 190,000 Americans. But according to Bob Woodward’s forthcoming book, Rage, Trump’s understanding of the risk of COVID-19 was much deeper than it appeared. Woodward reports that the president knew it was a legitimate and concerning threat but chose to “play it down” in the hopes it would “disappear.”

In audio tapes of an interview between Woodward and Trump on February 7, weeks before the first reported death from the virus in the U.S., Trump talks about how deadly it is. “It’s a very tricky situation. It goes through air, Bob. That’s always tougher than the touch, the touch you don’t have to touch things, but the air, you just breathe the air and that’s how it’s passed,” Trump says. “It’s also more deadly than even your strenuous flus… This is more deadly, this is five percent versus one percent or less than one percent. So this is deadly stuff.”

Many people were quick to notice that Trump’s tone and speech in the recording was a complete departure from what we see on a daily basis: not only did he seem to have incredibly specific details about the illness long before the rest of the U.S. did, but many pointed out how lucid the president sounds in this recording, which is very unlike the rest of his press briefings, where he’s known for bumbling and tripping over his words and speaking in nonsensical sentences.

Why is it that Trump sounds so clear and articulate here, when he doesn’t usually sound that way when addressing the public? Because in these tapes, he isn’t lying. He’s telling the truth and, as a result, speaking clearly. When he says that the virus is airborne, that’s true. When he says that it’s more deadly than the flu and cites a five percent mortality rate, that’s also true. He calls it a “tricky” situation because of those factors, which is also true.

Perhaps we are not used to this side of the president, who usually spews so much dishonesty that CNN analyst Daniel Dale has made a career out of fact-checking him. But the ease and clarity with which he speaks and states facts on the tape implies that he is putting on a performance in public, one that portrays him as clueless and stupid, unaware of the impact of his actions so that the country …read more

A Week At A University In North Carolina That Costs $8,900 A Year

A Black Girl’s Guide To Self-Care: My 12 Go-To Buys