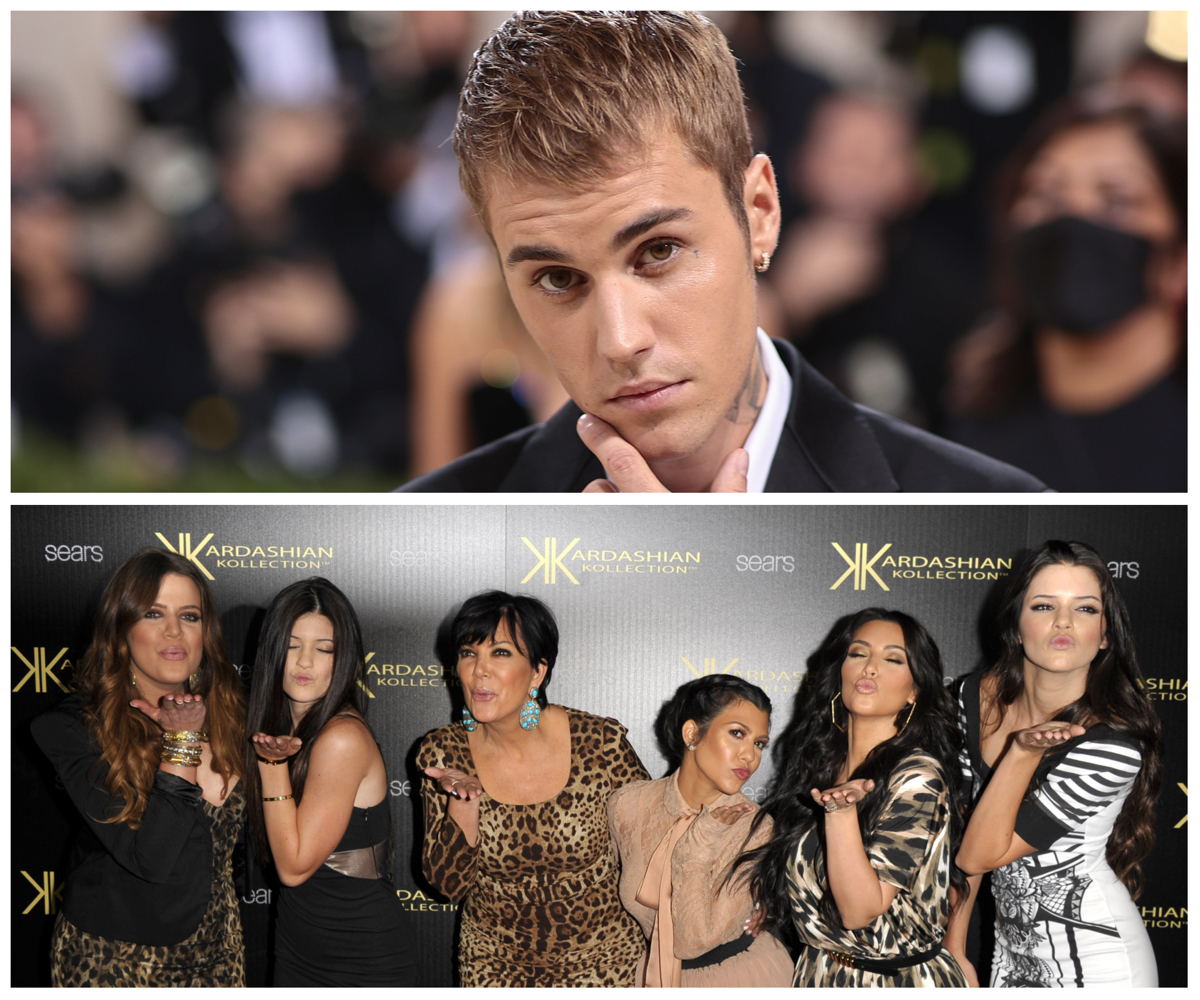 Justin Bieber has spent time with most of the Kardashian-Jenner sisters at some point. But which members of the famous family did he actually date ,and which relationships were just rumors? Here’s every time Bieber was linked to a Kardashian or Jenner sister and whether or not they really dated.

Kim Kardashian and Justin Bieber nearly broke the internet in 2010 when photos of them laughing together on a beach surfaced. The singer posted one of the pictures on his Twitter, jokingly calling Kardashian his girlfriend.

After the reality star took to Twitter to say she was getting death threats from Bieber’s fans, the “Baby” singer asked everyone to leave Kardashian alone. “ladies calm down,” the crooner tweeted. “@kimkardashian is a friend. a very sexy friend but a friend. no need 4 threats. Let’s all be friends and hang out often ;)”

Remember that time @justinbieber & @kimkardashian soaked up the sun in this photo shoot? ?? https://t.co/FICMpb4dCx pic.twitter.com/XOA6Fx6daH

Justin Bieber and Kourtney Kardashian might have had a fling

There were rumors that Justin Bieber dated Kourtney Kardashian in 2015. The two were spotted dining together at The Nice Guy in West Hollywood, where they arrived separately but left together in Bieber’s car.

The singer and the reality star then went to Universal Studios Hollywood Horror Nights. An onlooker told ET that the “Stay” singer “was walking with his arm around Kardashian and joking with her about being scared.” Bieber even posted a photo of the pair on his Instagram.

Bieber and Kardashian were spotted looking cozy together several more times, including in December 2015 when ET reported that the couple was  “nearly inseparable” at The Nice Guy again.

Bieber opened up about the Kourtney Kardashian dating rumors in an interview with The Bert Show. “I’m being used, man. What can I say?” Bieber joked (per People). When host Bert Weiss asked, “Anything there?” Bieber replied, “Nah, we’ll leave it at that.”

Were they or weren’t they? Justin Bieber jokes that he was “used” by Kourtney Kardashian: https://t.co/07joBfZ2B5 pic.twitter.com/wUYrWLSFIj

Kim and Kourtney Kardashian aren’t the only members of the famous family that Justin Bieber has been linked to. There have also been rumors that the “Sorry” singer hooked up with Kendall Jenner.

The speculation started after Jenner and Bieber posed for Vogue together in March 2015, looking very much like a couple. They were also spotted spending a lot of time …read more