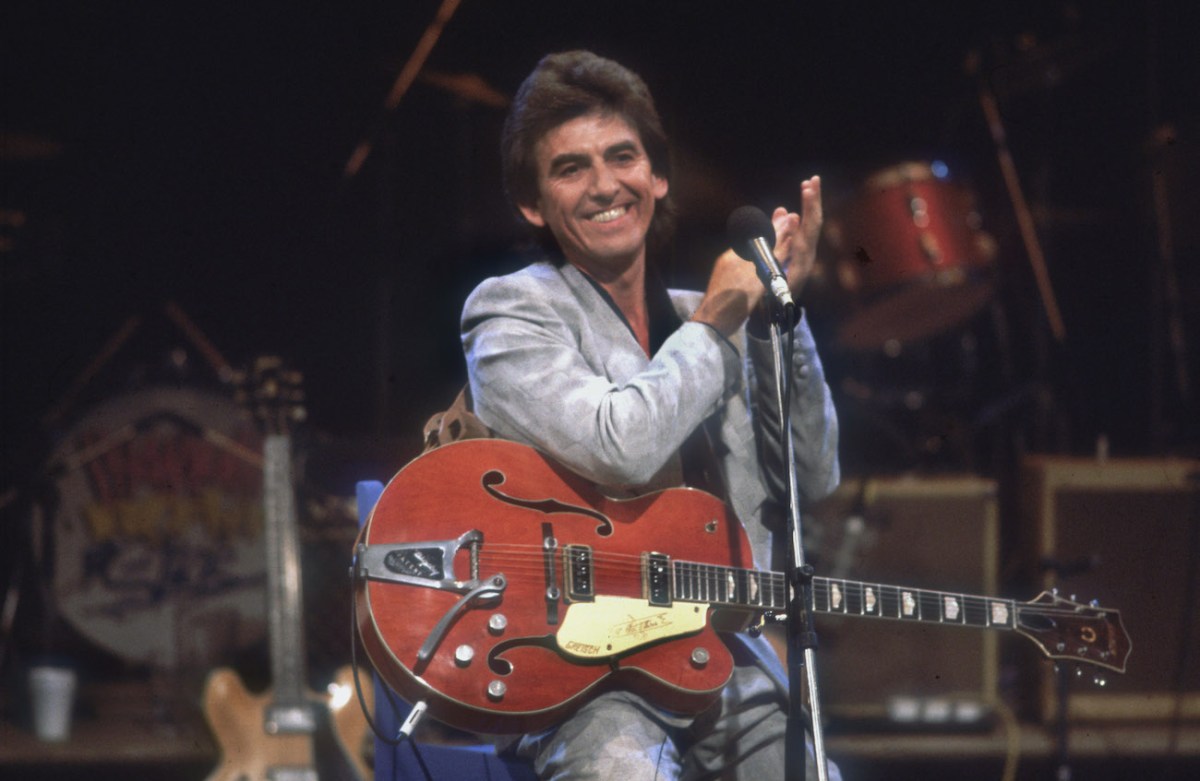 George Harrison said his 1987 song, “When We Was Fab,” doesn’t only pay homage to his former group, The Beatles. The tune also evokes the spirit of everyone who was fab in that period.

Being Beatle George was hard. Between the chaotic Beatlemania and being unable to stretch his creativity to its fullest, George wanted out before anyone else, especially once he became spiritual.

However, years after The Beatles split and everything settled, George came to terms with being a Beatle. When he entered the studio to record Cloud Nine in 1987, George suddenly wanted to create a song that evoked the spirit of his old band. He discovered he could simultaneously poke fun at everything and pay homage to that period in his life. The result was “When We Was Fab,” a song with more Beatles Easter eggs than “Glass Onion.”

“I’m much more relaxed about it now, and everybody knows the history where we all split up, and we had a lot of troubles with each other,” George told CNN.

“But I know exactly what my contribution was and something like ‘Fab,’ to do that ‘Fab’ song is-I’m much more at ease with it, I can just take it completely as a joke and as a trip down memory lane. I’ve enjoyed my position in the band because I didn’t really want to be one of them out there in the front. I like being the one who could stand back and see it from a different point of view.”

George told Goldmine that he wanted the tune to be “reminiscent of that period,” even down to the instruments he used. “It was like a whole collection of impressions, a montage of that period,” George said.

He told Musician Magazine the idea was that it “would evoke a Fabs song. It was always intended to be lots of fun.”

RELATED: George Harrison Thought It Was Strange That Michael Jackson Bought The Beatles’ Catalog Because He Was Supposed to Be Paul McCartney’s Friend

George didn’t write “When We Was Fab” as an ode to just The Beatles. He was speaking to everyone who’d experienced that period. Everyone was fab back then.

During an interview on The Today Show, George explained, “I decided to write a sort of nostalgic tune. You know, this thing got sort of put on us like ‘fab’ and ‘gear.’ Maybe we used to say it. I think, as kids in Liverpool, it was an expression, ‘fab.’

“And it sort of stuck with-we became the Fab Four, and it was always like a cute word, like a silly word, and I use it in that context but lovingly like when we was fab. It was not really just about The Beatles; I think the whole period, everybody was fab in those days.”