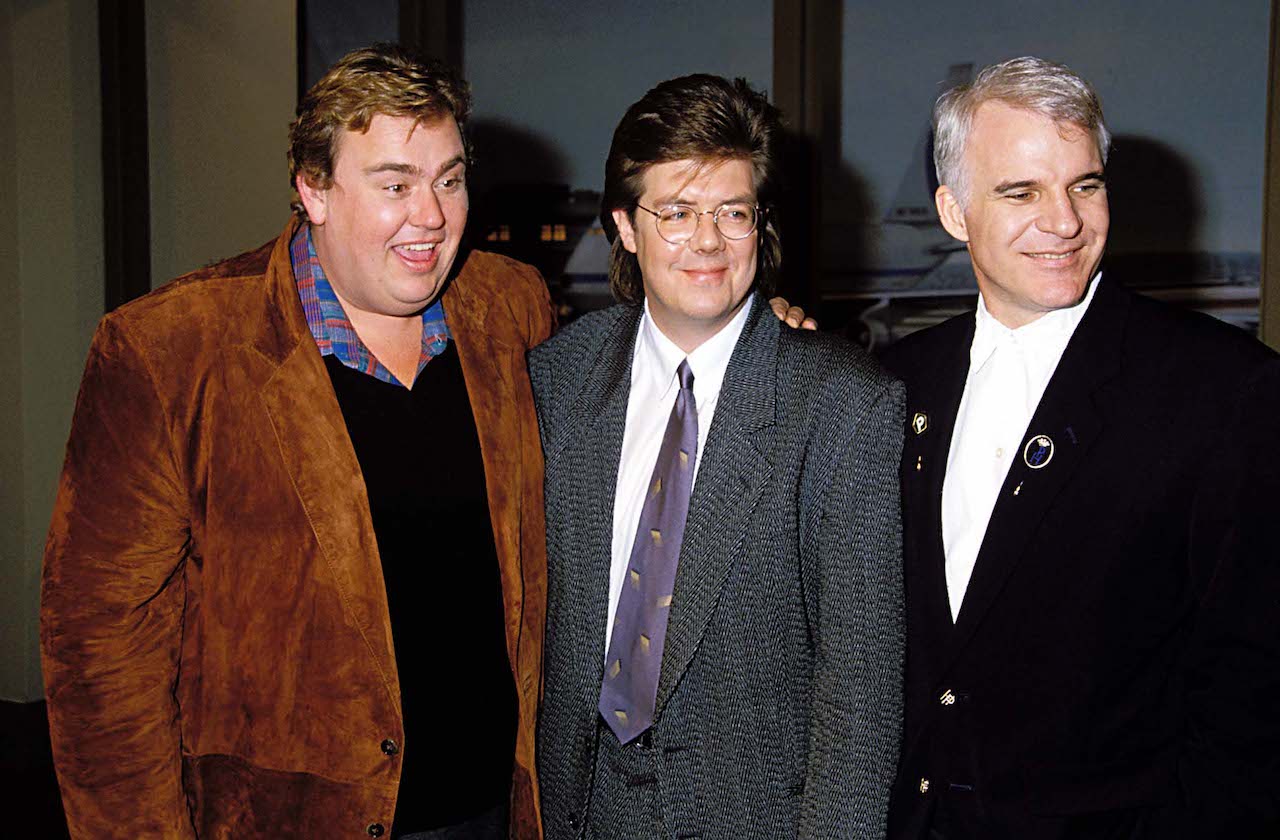 By most accounts, Planes, Trains, and Automobiles is a Thanksgiving comedy classic. And according to star Steve Martin, his friend and late actor John Candy gave a career-best performance in the film.

While the movie is full of hilarity, it’s also emotional at some points. And one Candy-improvised line in a pivotal scene made Martin teary-eyed long after filming.

The improvised John Candy line that made Steve Martin cry in ‘Planes, Trains and Automobiles’

Since Martin and Candy were both famous comedians, director John Hughes utilized their unique improv skills in the film. But not every spontaneous acting moment is created for a laugh, and Candy came up with a line that made Martin emotional for years after filming.

“During the scene where Del reveals that his wife has died and explains that’s why he attaches himself to people, Candy added the line, ‘But this time I couldn’t let go.’ Long after Candy’s death, Martin would get a tear in his eye remembering it,’ author Nick de Semlyen wrote in Wild and Crazy Guys: How the Comedy Mavericks of the ’80s Changed Hollywood Forever (Vulture).

Steve Martin said John Candy was like his character in ‘Planes, Trains and Automobiles’

In an interview with JC Corcoran, Martin talked about Candy and their time working together. “He was a brilliant actor,” he recalled. “Especially in Planes, Trains, and Automobiles. I think it was his best work.”

But the Only Murders in the Building star said that Candy was much like his character Del Griffith — a “very sweet and complicated guy” with “a little bit of a broken heart inside him.”

The late ’80s movie was also pivotal in Martin’s life. “At that point in my career, that was the direction I was headed for — more emotional roles,” he explained. “So this was a real breakthrough for me.”

“Part of the difference of this character, more than anything I’ve ever done, is that the serious base of it sets up the comedy — like the more serious and tense the character is, the funnier it gets when he goes crazy or finds himself in an awkward situation or sleeping, you know, with John Candy,” Martin once said (Getting There Is Half the Fun: The Story of Planes, Trains, and Automobiles, per Vanity Fair).

As James Owens noted for the Columbia Daily Tribune, the role of Neal for Martin was a little risky since it required him to play the comedic straight man. However, he and Candy ended up being a perfect match. “Often, having two funny actors in this set-up is toxic,” Owens wrote, but added, “Martin knows when to get out of Candy’s way.”

Why ‘Planes, Trains and Automobiles’ is a must-watch Thanksgiving classic

‘When you’ve got a guy like Steve Martin and John Candy, it’s almost a waste to not indulge their sensibilities.”

‘Her Loss’: Drake and 21 Savage Helped Each Other Write Their Verses