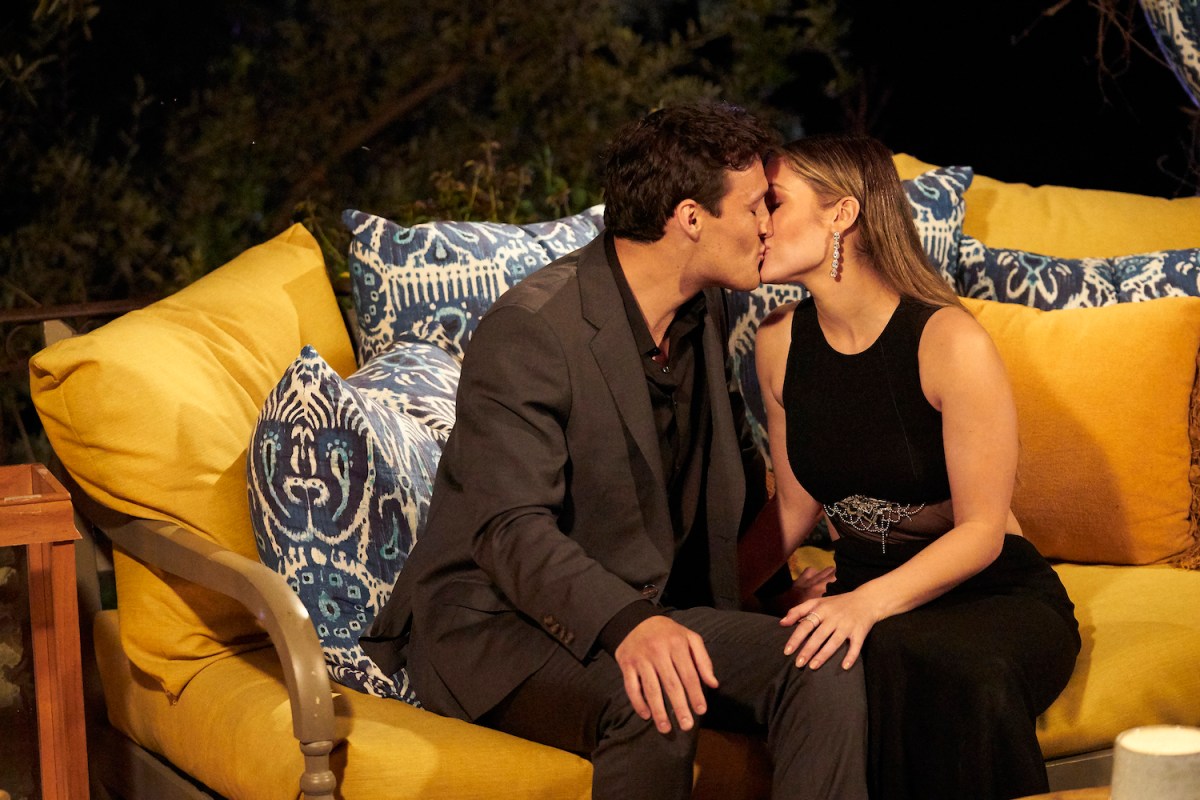 Rachel Recchia and Gabby Windey have spent all season long jet-setting across the U.S. and Europe with their men. Now, The Bachelorette Season finale is here — and the women, along with their final men, are in Mexico.

ABC’s The Bachelorette Season 19 finale is finally here, and fans are eager to see what takes place between Tino Franco and Rachel Recchia. Tino and Rachel end the season together, but spoilers note there’s plenty of trouble ahead for the couple. Additional spoilers note Tino and Rachel’s serious argument in the season’s teasers doesn’t happen in Mexico, either.

Rachel Recchia and Gabby Windey have spent all season long jet-setting across the U.S. and Europe with their men. Now, The Bachelorette Season finale is here — and the women, along with their final men, are in Mexico.

As for Gabby, she took two men to the Fantasy Suites — Erich Schwer and Jason Alabaster. Unfortunately, her overnight date with Jason didn’t go well, as he revealed he didn’t see a future with her. This led him to going home, leaving only Erich to potentially propose.

The Bachelorette Season 19 finale previews show Tino Franco and Rachel Recchia having a serious argument. The teasers show Rachel accusing Tino of lying to her, and he’s seen looking shocked by her accusations.

“There’s no way this works out,” Tino’s voiceover says in the teaser. Another clip shows him speaking to someone. “She’s throwing me under the bus saying all of this is lies,” he states.

“You’re lying straight to my face,” Rachel says, seemingly to Tino. “Look me in the eyes and lie to me again.”

The Bachelorette spoilers from Reality Steve indicate Rachel and Tino’s argument seen in these clips doesn’t happen at the finale. Rachel and Tino allegedly get engaged in Mexico, and the ensuing arguments happen after the engagement.

“And with the promo last night showing more of Rachel and Tino’s ‘fight,’ you gotta remember that the average fan watching that just assumes that happened in Mexico,” the spoiler guru wrote. “Clearly, it didn’t and that footage was post-engagement during a Happy Couple weekend, but most people don’t pick up on that stuff. So the casual viewer watching the promo for next week sees that argument and they’re thinking that happens in Mexico and maybe Rachel and Tino break up in Mexico, or he never proposes or whatnot.”

The whole journey has led to this moment ? #TheBachelorette LIVE Finale Event concludes tomorrow on ABC and Stream on Hulu. pic.twitter.com/fah6xBZNYv