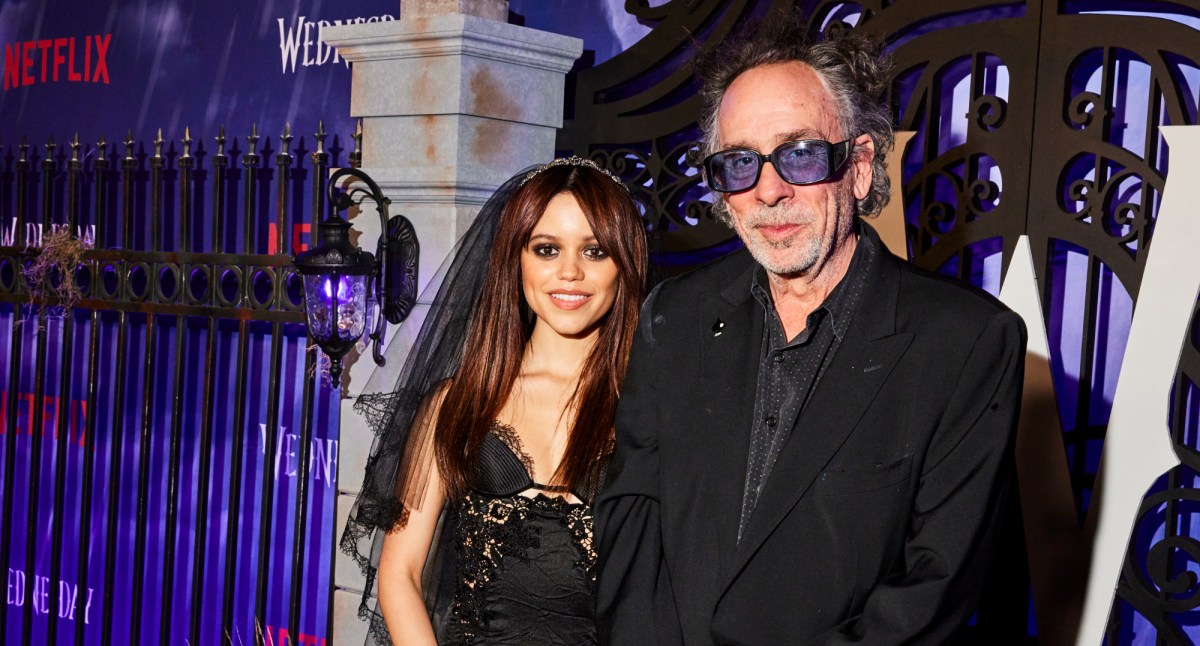 Jenna Ortega is set to darken the small-screen as a newer rendition of the macabre teen Wednesday Addams. While the character has had a few adaptations since Christina Ricci’s version, Ortega will be one of the newest live-action versions in the Tim Burton Netflix series. When it came to auditioning for Wednesday, Ortega reveals why Burton burst out laughing.

Fans should get ready for a version of Wednesday they might not be used to. The Netflix series promises to stay true to who the character is at heart, but with a few grown-up tweaks. For the first time, fans get a sole focus on the character as she is a teenager and attends Nevermore Academy. While including key characters like Gomez and Morticia Addams, the series introduces many new characters.

The premise of Wednesday focuses on the macabre teen who has recently been plagued with visions. She is not keen on attending Nevermore, the place for outcasts and where her parents fell in love. While determined to leave, the mysteries and murders in the local town have her intrigued.

RELATED: ‘Wednesday’: Will the Goth Teen Feel the Spark of Romance While at Nevermore?

Wednesday is Tim Burton’s first small-screen series after his long, award-winning career on the big screen. The director reveals Wednesday Addams speaks to him and how he sees the world. He has even admitted he would have dated someone like Wednesday in his youth.

When it came to Burton casting the perfect actor for Wednesday, Jenna Ortega was a done deal. The actor has been compared to the macabre character all her life and reveals why Burton laughed during her audition.

When discussing her interview process with ExtraTV, Ortega explained she felt like she was being pranked. “I got an email saying Tim wanted to speak to me. And I just like heard about the job, and it’s kind of random. You almost feel like you’re being pranked or something because there’s no way someone so legendary, such a visionary. I truly felt very, very lucky,” explained Ortega.

But Ortega’s audition with the legendary director is particularly kooky and exemplifies why the actor was perfect for the role. According to Collider, Ortega spoke with Wired and revealed how her Zoom audition went.

RELATED: ‘Wednesday’ Review: A Supernaturally Haunting yet Welcome Change to the Wednesday Addams Fans Grew up With

“It was funny because when I met Tim Burton for my Wednesday audition, I had just done [my death scene in X] so I had stage blood and glycerin sweat in my hair, and a massive cut on my face, and had been up for over 24 hours. I got on the Zoom and he actually laughed. …read more