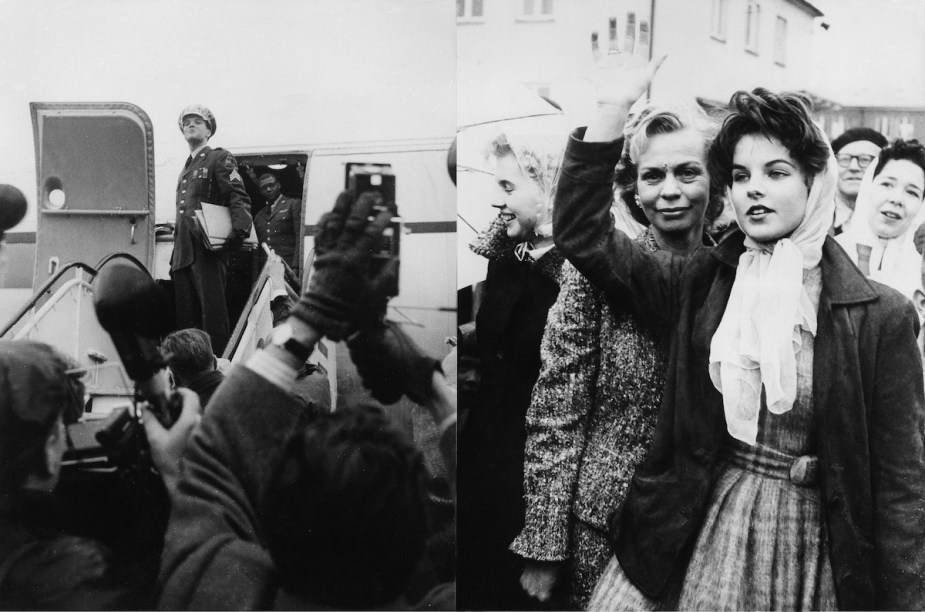 Elvis Presley is the name on everyone’s lips, as the all-new biopic has returned the legendary rocker to the spotlight. Many fans are discovering Presley’s music for the first time and diving deep to learn everything they can about his life.

For many fans, his relationship with Priscilla Presley is of particular interest. In a recent Vogue video profile, Priscilla sat down to discuss her life in looks. At one point, she talked about the early days of her relationship with the King of Rock and Roll, revealing why she “dreaded” the day Elvis Presley left his military duties in Germany and returned to the U.S.

When did Elvis and Priscilla Presley first meet?

Elvis Presley first met Priscilla Presley (then Priscilla Beaulieu) in 1959, while he served in the Army. Stationed in West Germany, Elvis met the young woman at a house party close to the area where her father, a U.S. Air Force officer, was stationed. According to Distractify, the two instantly developed a connection. Despite the 10-year age difference, they pursued a romantic relationship.

With Priscilla being only 14 years old, her parents initially forbade her from seeing the much-older Elvis. Eventually, however, they relented and allowed the couple to spend time together over the following months. In March 1960, Elvis received orders to head back to the U.S. When she found out, his young girlfriend was devastated.

In a recent Vogue video essay, Priscilla opened up about the day Elvis flew back to America, admitting she struggled with a lot of complex emotions. “This is an important day,” Priscilla said, pointing to a picture of her taken when she went to see her boyfriend off at the airport. “Yes, this was the day that Elvis was going back to the United States. We had just finished his duties in Germany.”

She described, “I dreaded this day very much because I didn’t know, actually, if I was ever going to see him again. One request that he asked, that I not be teary-eyed so you see me smiling here. There are other pictures where I am down and looking away and knowing that I may never see him again.”

Priscilla claimed that after Elvis left Germany, she went into a period of deep mourning, unable to eat or sleep. Eventually, the rock star started calling her in Germany. They maintained a sporadic relationship even as he pursued a career in Hollywood movies. In 1963, three …read more