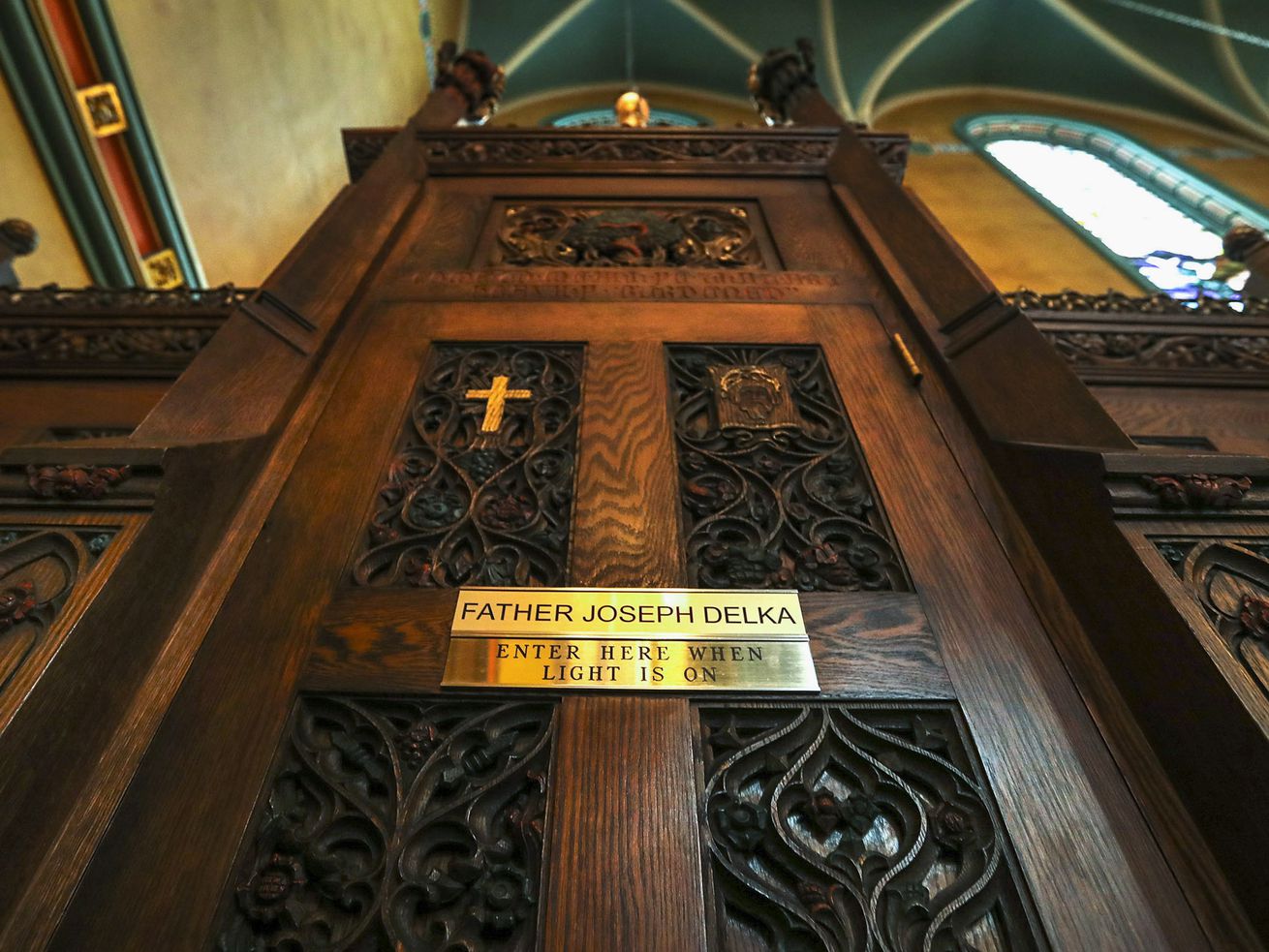 One of the two confessionals in the Cathedral of the Madeleine in Salt Lake City is pictured on Tuesday, Jan. 14, 2020. | Steve Griffin, Deseret News

SALT LAKE CITY — As religious opposition both in and out of Utah mounts against a proposed bill that would require all allegations of child abuse to be reported to authorities — including those stated in religious confessionals — a powerful legislative leader has opposed the bill.

House Speaker Brad Wilson won’t support the bill in its current form, according to a statement he sent to the national Catholic League for Religious and Civil Rights.

“I have serious concerns about this bill and the effects it could have on religious leaders as well as their ability to counsel members of their congregation,” Wilson, R-Kaysville, said in the statement circulated by the Catholic League Tuesday. “I do not support this bill in its current form, and unless significant changes are made to ensure the protection of religious liberties, I will be voting against this bill.”

Wilson’s statement comes after the Catholic League, a national organization aimed at defending religious freedom and free speech rights of Catholics, encouraged supporters to contact the speaker to express concerns about HB90. Catholic League President Bill Donohue said the bill would “gut the confidentiality of the confessional seal.”

After receiving hundreds of emails, Wilson sent the response to the Catholic League, which then circulated the statement in a news release Tuesday.

Steve Griffin, Deseret News
Light streams into the Cathedral of the Madeleine in Salt Lake City on Tuesday, Jan. 14, 2020.

Also Tuesday, the Catholic Diocese of Salt Lake City issued a statement asking Utah Catholics to urge legislators to oppose the bill, saying it would force Catholic priests to choose between violating the law or committing a “mortal sin” that could be grounds for excommunication.

The bill’s sponsor, Rep. Angela Romero, D-Salt Lake City, said she “looks forward” to having a discussion with the speaker about her bill. While she and Wilson “may not see eye to eye,” she said she is “moving forward with it” regardless.

Romero defended her bill as not one that targets a specific religion, but rather one that’s aimed at protecting victims of sexual abuse.

“My concern is more about protecting children and making sure people who violate them are held accountable,” she said, “because what they’re doing is criminal.”

Romero’s bill propels Utah into the debate of whether to join other states — North Carolina, Oklahoma, Rhode Island, Texas and West Virginia — that have removed reporting exemptions for clergy. The Roman Catholic Church, among other faith groups, has opposed similar bills in other states, including in California, where the bill was pulled from consideration amid opposition from the Catholic Church.