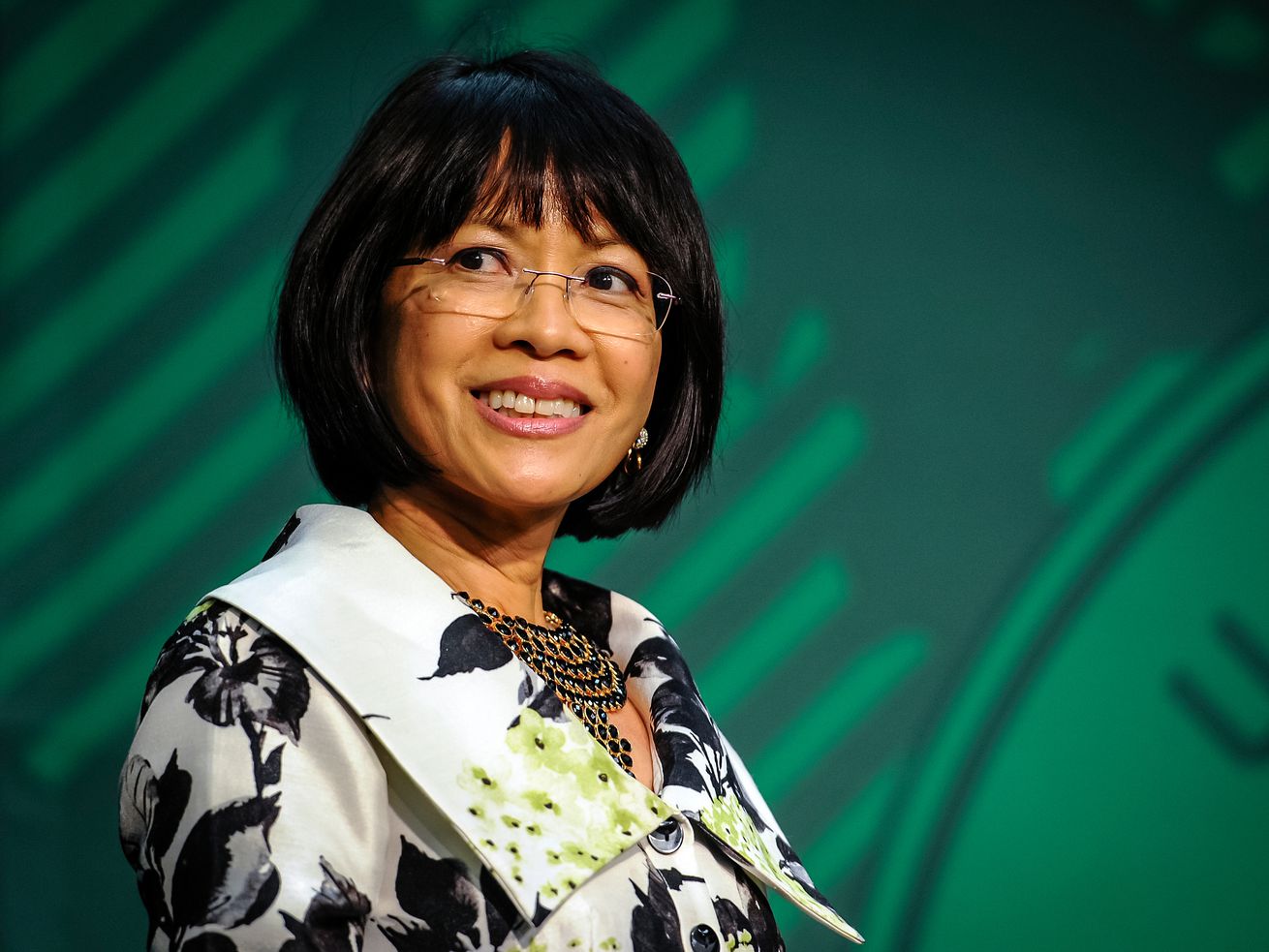 Astrid S. Tuminez smiles to the crowd at the public meeting of the board of trustees where she is introduced as the seventh President of Utah Valley University in Orem on Friday, April 20, 2018. | Adam Fondren, Deseret News

SALT LAKE CITY — Utah Valley University President Astrid S. Tuminez was 5 years old and living in the slums of the Philippines when Catholic nuns offered her a chance to go to school. As she tells it, that invitation changed the trajectory of her life. Hopes and dreams can mean something when they are matched with opportunity.

Today’s Deseret News contains an opinion piece from Tuminez, now a remarkable college president. She details the learnings that have come since COVID-19 changed everything for higher education. But to me the most compelling observation is this striking comment about the change that came when the virus hit.

“As reality sunk in, I realized that my team and I had to step up to a new level of leadership.”

That winning approach led her team to move 4,000 course sections online within two weeks. And they were just getting started. Ruth V. Watkins, president of the University of Utah, showed similar leadership, as her opinion piece in the Deseret News last week revealed, “The 4 key lessons COVID-19 has taught the University of Utah.”

Salt Lake Community College President Deneece Huftalin is charting a new course for thousands of students in Salt Lake City. She detailed that vision in her piece “COVID-19 brings a new look to community college,” with remarkable improvements in technology.

Strong leadership from women in Utah is the norm, with leaders not just in education, but in media, technology, philanthropy, religion, civil rights and government. You can draw a direct line to today’s leaders from the leadership of women 150 years ago when women won the right to vote.

Warren Buffett plows another $337 million into Bank of America, boosting his stake to nearly 12%

“In Utah, every man and now — through the act passed by our Legislature last season — every woman is at perfect liberty to nominate and vote for any candidate they chose for any office that is vacant,” the Ogden Junction newspaper reported on this same weekend in July of 1870.

The newspaper, with Franklin D. Richards as editor, was putting its weight behind William H. Hooper who was again running for Congress. This time the appeal was also to women in this territory-wide election. Acting Governor S. A. Mann had signed the legislation allowing women to vote on February 12, 1870. Two days later, Salt Lake City’s first municipal election was held and history records that Seraph Cedenia (Young) Ford was the first woman to vote in a U. S. election on that day.

The newspaper article in the Ogden newspaper concluded with this appeal:

“We say once more to our friends, let every man and every woman who has the right, go to the polls on Monday next and vote freely, honestly, and with good will for the men of their choice.” It was a starting line, not a …read more

A day after Trump floated delaying the presidential election, which he cannot do, the White House condemned Hong Kong for delaying its election