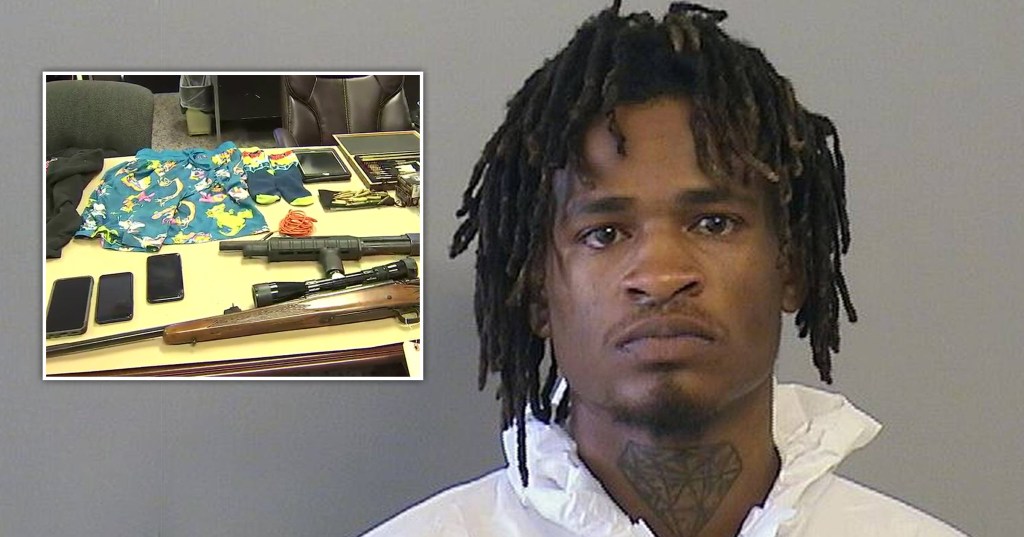 A man accused of burglarizing his neighbors was caught by police after they recognized his SpongeBob SquarePants-themed shorts and socks.

Police in Tulsa, Oklahoma say the suspect’s love for the beloved children’s cartoon is what helped them catch Edward Price, also known as ‘Smacc Man’ on September 16 for multiple burglaries at his apartment complex.

Five separate burglaries have been reported at the complex since July, the Tulsa Police Department said in a Facebook post. All of the reported robberies were similar in nature, police said, noting that the suspect in each would kick in the apartment’s door before stealing electronics, televisions and guns from each home.

During several of the robberies, Price was spotted fleeing the scene wearing SpongeBob-themed shorts and SpongeBob socks.

When Price later took to Facebook Marketplace to try and sell some of the stolen items, the same SpongeBob shorts and socks could be seen in the background of the pictures.

After getting a search warrant for Price’s apartment, police found the two SpongeBob-themed articles of clothing that fit the description in his possession.

‘FYI, the suspect’s apartment was not located in a pineapple under the sea,’ Tulsa police joked in their post about the arrest.

Price has been charged with three counts of second-degree burglary, knowing concealing stolen property and possession of a firearm. According to Tulsa police, Price is a formerly convicted felon.