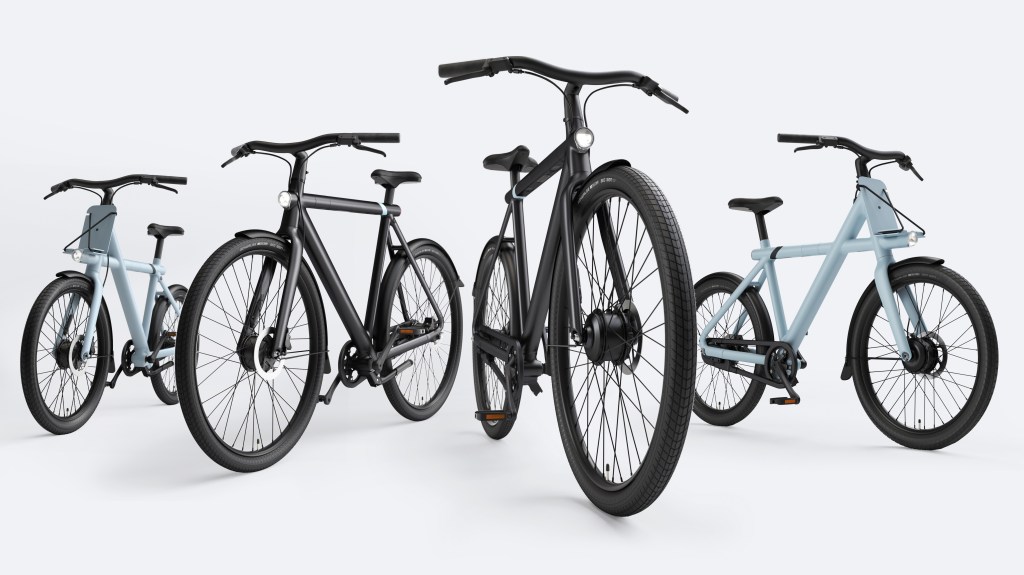 About a month ago, Taco Carlier noticed something unusual. A tool to measure the daily performance of the Dutch bicycle company he had founded was suddenly registering wild spikes—pre-orders, web searches, newsletter registrations, press requests and advertising clicks were all going through the roof.

”We didn’t know what we were seeing, at first we thought the dashboard was broken,” said Carlier, the chief executive officer of VanMoof BV. “But the data turned out to be correct.”

In the weeks since, business has turned to explosive growth. Consumers from Canada to Israel to Australia are clamoring to get their hands on VanMoof bicycles, with their distinct frame architecture and fat tires that retail for 1,998 euros ($2,200).

VanMoof pulled in 12.5 million euros in fresh funds from venture capital firm Balderton Capital and teamed up with Taiwan-based manufacturer Sinbon Electronics to scale up production to as much as 10,000 units a month, more than triple its previous output. Now growth predictions that Carlier thought would play out over a decade look like they could happen in as little as four months, he said.

As businesses buckle under the strain of a global lockdown, VanMoof’s success highlights the changing behavior brought by the coronavirus. Cycling, while already a national obsession in the Netherlands, is experiencing a renaissance around the globe as people shun public transport in favor of zipping around town on bikes, preferably with an electric support motor.

Governments in Europe have rushed to close roads and instead opened up cycle paths as alternative for packed buses and commuter trains where the coronavirus could easily spread. Milan, for instance, will introduce a five-mile cycle lane to cut car use after the lockdown, while the U.K. pledged to invest 2 billion pounds to promote cycling. Berlin has erected giant billboards urging the public to switch to bikes for short commutes.

Rashes, lethargy, and the terror of the unknown: What it's like to survive Kawasaki disease, the rare childhood illness that scientists are scrambling to understand in the coronavirus crisis

The result for VanMoof is that it plans to more than double last year’s revenue to above 80 million euros in 2020, and Carlier said he’s already looking for another investor to help fund the rush to his bikes.

“It’s is one big mad house,” said Carlier, who created the company with his brother Ties in 2009, who is now based in Taiwan. “We can’t even answer all requests.”

Because VanMoof keeps control over its supply chain, it can respond quickly to demand swings, Carlier said. The inflow of fresh funds will help ramp up production quickly, cutting back on a waiting list that now stretches out four to five weeks, he said.

“We want to get that back to 10 days as soon as possible,” Carlier said.

The cheapest luxury cars you can buy from BMW, Porsche, Mercedes, and other high-end brands