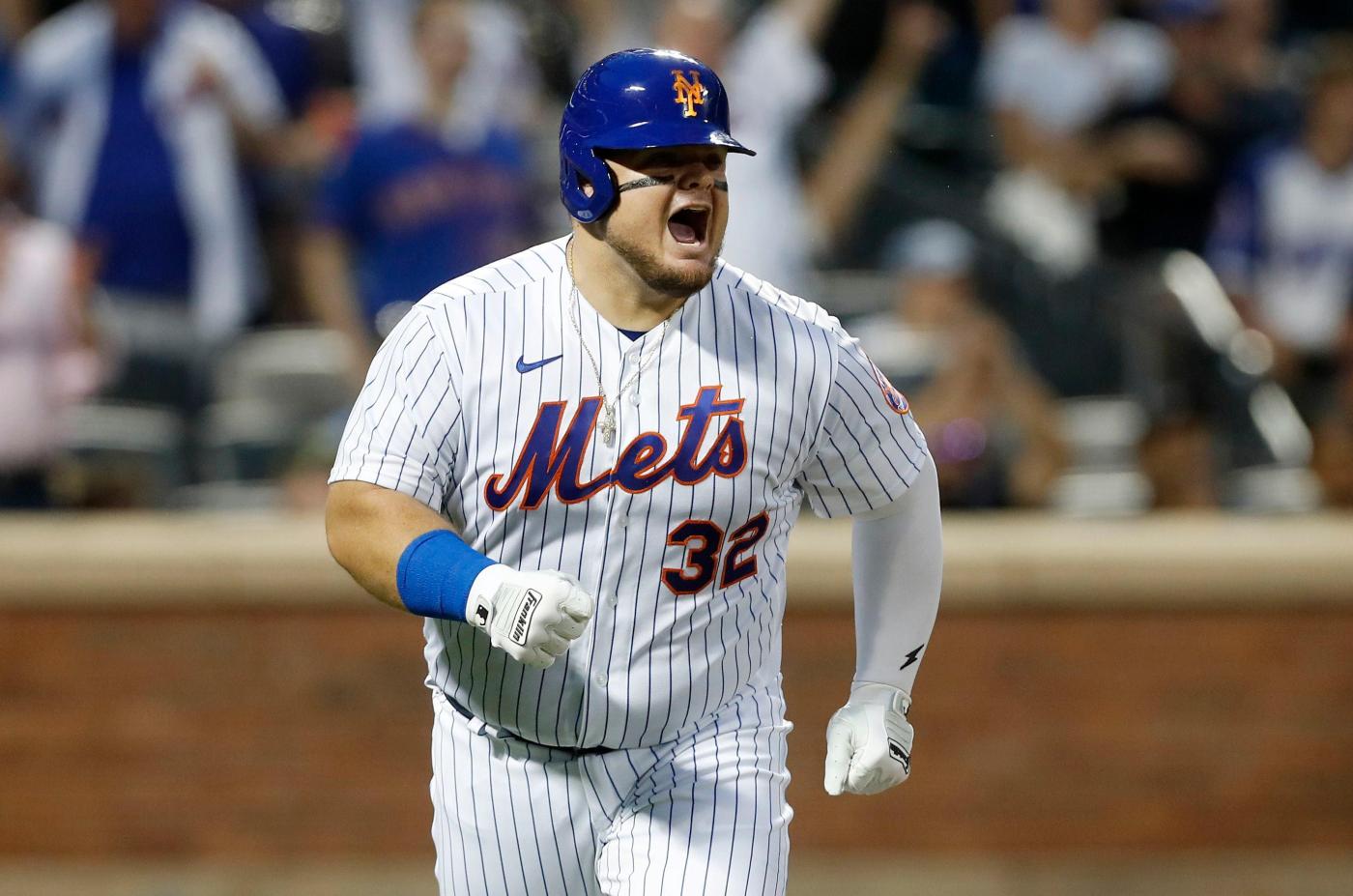 At this point in the Mets’ season, we know what they are.

This is a very good, even great team with above average players at nearly every important position. There’s a healthy mix of the high-paid stars, B- and C-tier players who turn losses into wins, and bottom-of-the-roster guys who fully understand their role.

Moving forward, one of the only things left to learn about the Mets is how their newly formed platoons will work out. Daniel Vogelbach and Darin Ruf are set to share the designated hitter position based on the other team’s starting pitcher, and Tyler Naquin and Mark Canha will do a similar thing in left field. With one playing so well all year and the other one struggling, manager Buck Showalter can also play around with his deployments of Luis Guillorme and Eduardo Escobar at third base.

“The schedule each day kind of dictates it,” Showalter said of his lineups. “It’s one thing to have something you want to take advantage of, you also have to play enough to deliver that.”

Showalter said that one thing general manager Billy Eppler has been very adamant about is keeping an element of versatility on the roster. It’s not just that the Mets have a lot of capable players now, it’s that they have ones that also complement each other or add value to a hyper-specific part of the game.

“You’re also trying to attack bullpens too,” Showalter included. “It’s kind of in the eye of the beholder, how you weigh certain things. If you want to go just by batting average, or if you want to go by eight other evaluation tools.”

It also makes sense, at least from the outside, for new players to get acclimated to the rigors of New York by being part of a platoon rather than getting thrown to the wolves every day.

“You try to put yourself in their shoes and think about what challenges they face moving from San Francisco, Pittsburgh, wherever,” Showalter said. “It’s a different gig.”

The Mets’ propensity for sharing information amongst themselves is a nice way for the recently traded guys to feel welcome. During any given game, hitters can usually be seen standing at the mouth of the dugout after their at-bat, talking with a hand over their mouth as they relay information to the next guy. That willingness to help each other out is something that Showalter said has been in place since spring training and many of the assistant coaches deserve credit for fostering that kind of culture.

Vogelbach has immediately become a major part of this Mets team. His presence in the clubhouse certainly does not go unnoticed, as there doesn’t seem to be a single teammate that Vogelbach doesn’t want to talk to. A .333/.474/.600 …read more