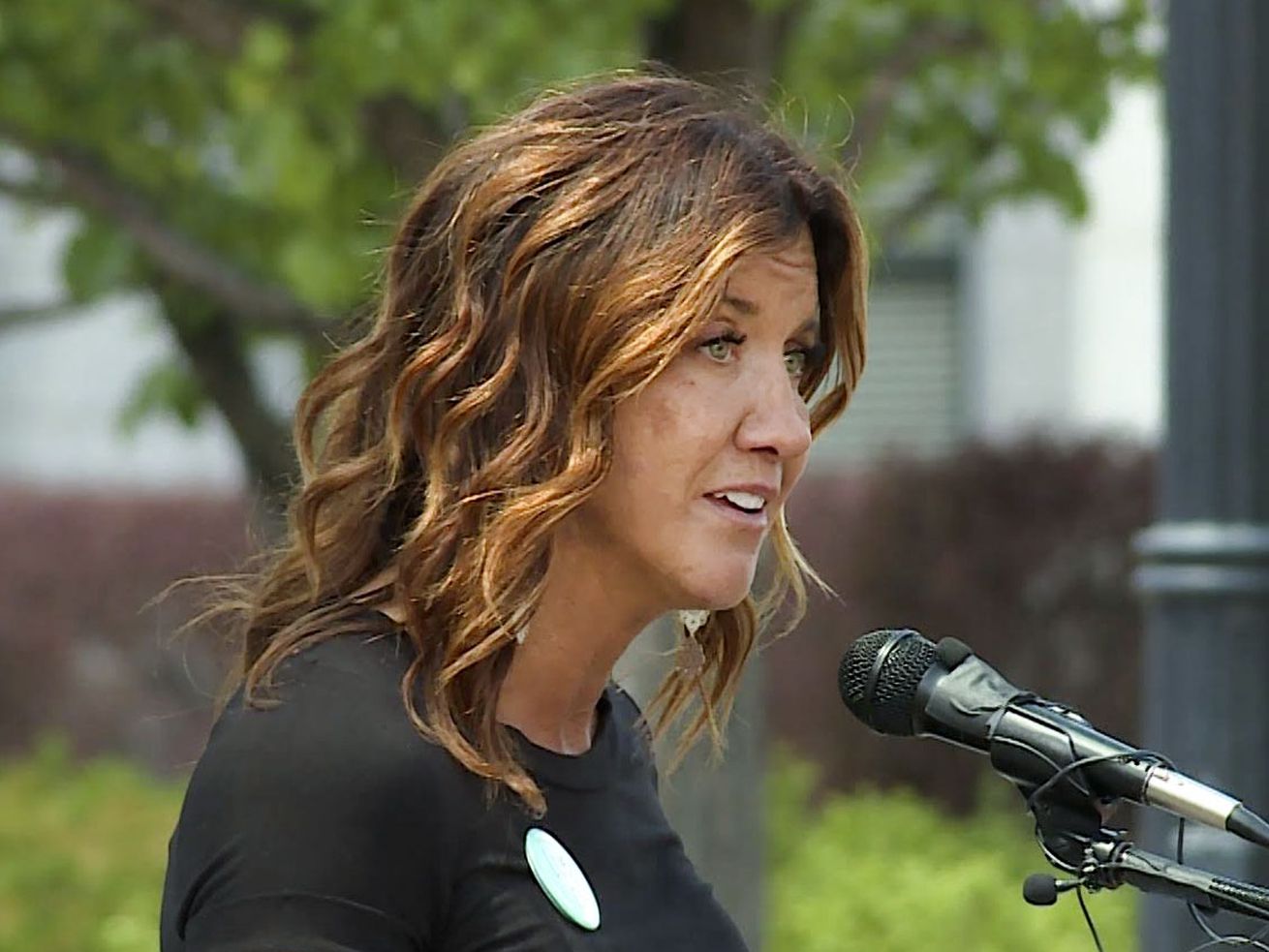 Taryn Aiken Hiatt helps kick off a new three-year statewide campaign called “Live On” at the Capitol in Salt Lake City on Thursday, May 21, 2020. The campaign aims to prevent suicide by promoting education, providing resources and changing the social norms around suicide and mental health. | Mark Wetzel

Her father took his own life in 2002 and she attempted suicide multiple times as a teenager, yet her family never talked about it. They didn’t know how.

“I would come home from the psychiatric hospital and go right back to school and right back to business as usual and keep pretending nothing had happened,” she said. “I don’t have to live with those secrets anymore today, and I’m so grateful for that.”

Utah political and community leaders have not shied away from the once taboo conservation about suicide, perhaps spending more money and setting more policy on the issue in the past two years than in the previous hundred-plus years of the state’s history combined.

On Thursday, Cox and Hiatt helped kick off a new three-year statewide campaign called “Live On” to prevent suicide by promoting education, providing resources and changing the social norms around suicide and mental health. The Utah Legislature put up $1 million and required an equal match in private funds to launch the program, which includes the new website liveonutah.org.

Amazon raised $10 billion in the bond markets, including $1 billion of debt yielding just 0.4% — reportedly the lowest rate in the history of US corporate bonds (AMZN)

“The core of this campaign is to embody hope during someone’s darkest time in their life by addressing stigma and equipping and empowering individuals, families, friends and others to address mental health and to support one another,” Cox said.

Rep. Steve Eliason, R-Sandy, said the private money came in “short order,” and though the campaign was in the works before the coronavirus pandemic, the timing couldn’t be better as people will continue to cope with its psychological effects after it subsides.

Like people across the country, Utahns are struggling with isolation, job loss and health concerns. Many people have felt depression and anxiety for first time, while some are experiencing those feelings again or more intensely because of the health crisis.

“This pandemic and what’s done to us over the past couple months has certainly exacerbated the mental health issues we already face as a state and as a society,” Cox said.

Utah lost eight times as many people to suicide in the past 12 months than to COVID-19 to date, said Eliason, co-chairman of the suicide prevention task force. In the past five years, 3,200 Utahns have taken their own lives. Suicide is the leading cause of death for residents ages 10 to 24.

“Both are critical health issues that the state of Utah is addressing head on,” he said.

Amazon’s Blink Mini is one of the most affordable home security cameras, but the cloud storage subscription fee makes it less of a bargain

The top 9 movies on Netflix this week, from ‘Uncut Gems’ to ‘The Wrong Missy’