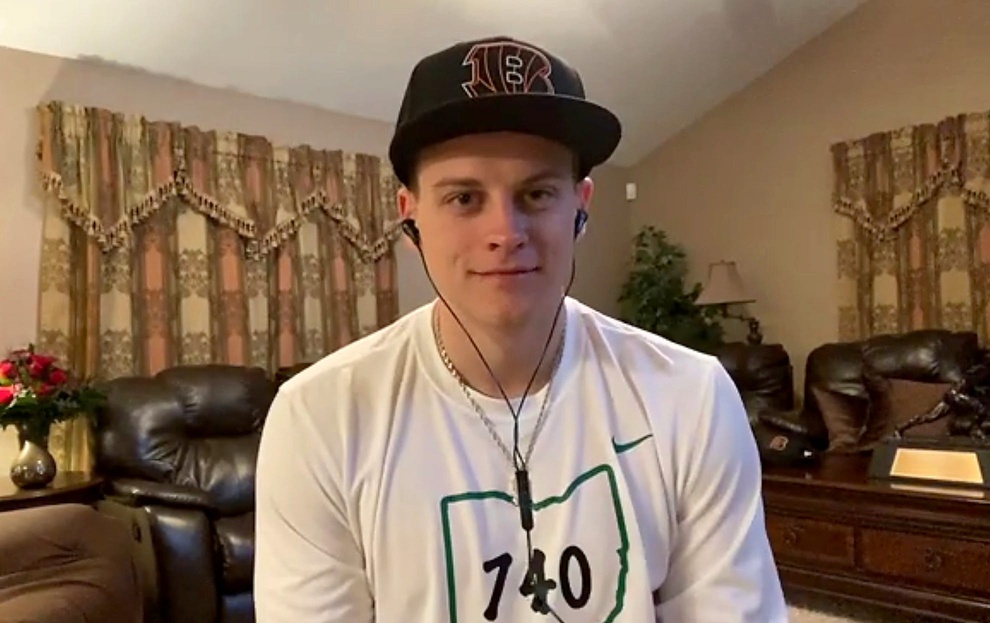 We see it on an annual basis. NFL Draft picks buying themselves something nice or spending cash on a car for their parents after signing their rookie deals.

That has changed to an extent in recent years. Young football players have become more pragmatic when it comes to the financial aspect of their budding careers.

Look no further than Cincinnati Bengals rookie No. 1 pick Joe Burrow, who will receive $23.88 million in the form of a signing bonus over the next two weeks after officially inking his contract on Friday.

Rather than go on a spending spree, Burrow has decided to take the cautious approach. He’s simply going to live off his marketing and endorsement deals while letting the money from his contract collect interest in the bank.

#Bengals QB Joe Burrow on how he plans to spend his money: “I’m not going to spend any contract money. I’m just going to live off the marketing money and let the contract money accrue in my bank account.”

Rob Gronkowski has done the same thing with his money.

It really is a mature approach from the reigning Heisman winner. Burrow has already signed endorsement deals with Lowe’s, Bose and Fanatics. Even before taking a snap in the NFL, Burrow is already out here pitching these products.

As I look forward to getting a call I’ll never forget later this week, I wanted to call a few special people at @loweshomeimprovement in my hometown to thank them for everything they do for our community, staying strong in good times and bad. It’s hardworking folks like these who make me so proud to be from Athens, OH #HomeUnitesUs #LowesPartner

As is normally the case with these type of endorsement deals, it’s not yet known what Burrow is earning on an annual basis. But each one is likely well into the six figures. Living off $300,000-plus annually is more than doable.

It makes perfect sense given the financial uncertainty stemming from the economic downturn right now. Someone like Burrow should be more than able to live off his endorsement deals while planning for the future.

This will continue to be a theme around the NFL world moving forward. Players understand better now how to plan for the potential end of a career or other unforeseen circumstances.