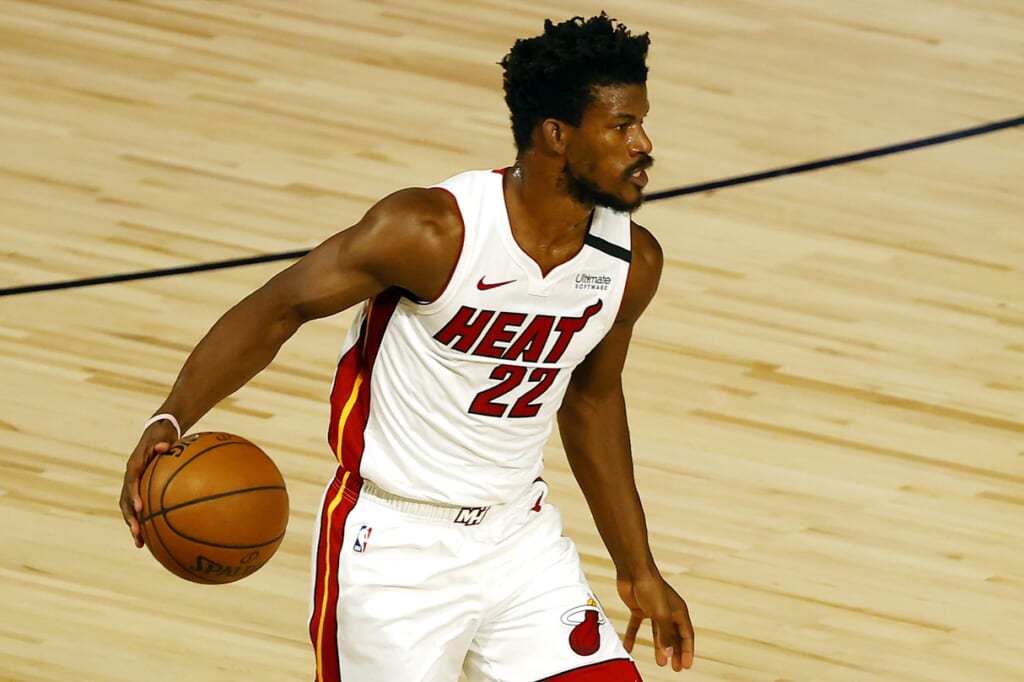 The Miami Heat and Boston Celtics will face off in Game 1 of the Eastern Conference Finals Tuesday evening. After cruising its way through the first two rounds of the NBA Playoffs, Miami looks to advance to the NBA Finals for the first time since 2014.

On the other side, the Boston Celtics look to finally get over the hump and make the NBA Finals for the first time since 2010. This comes after Boston defeated the Toronto Raptors in a hard-fought seven games during the Eastern Conference Semifinals.

Here are five things to keep an eye on for the series.

How does Boston exploit Miami’s defense?

Boston has the ability to exploit Miami’s defense in many ways. It’s going to start with one player. Kemba Walker. If Miami decides to put Jimmy Butler on Jayson Tatum, that leaves a weaker defender on Walker throughout the series. The one struggle for Miami has been its perimeter defense.

Goran Dragic is not a bad defender, but he is most likely not capable of defending Walker for a whole four quarters. Boston needs to exploit this and get its guards involved. Marcus Smart also needs to be aggressive attacking the rim while making his shots. The guard play for the Celtics will open up everything else for them.

If the Celtics’ guards show up big time, Miami will have to pay closer attention to them. This would allow other players such as Jaylen Brown to get going. The fire power of Boston might be too much for Miami if the team is playing at its best. If Walker and Smart play like they are capable of, Boston will be very hard to beat.

McIlroy fights back to stay in contention at U.S. Open

How should Miami match up against Boston’s offense?

Miami has its hands full when it comes to defending the Boston trio of Walker, Tatum and Brown. It can be assumed that Butler will guard Tatum, while Jae Crowder takes on Brown. That leaves Walker, Smart, and Daniel Theis for the other three Miami players.

Dragic should have his hands full with Walker, while Bam Adebayo has the advantage over Theis. This leaves Duncan Robinson, or maybe even Tyler Herro on Smart. The Celtics struggled against Toronto’s zone defense in the previous series. They used a box-and-one on Walker which effectively took him out of the game.

The concern for Miami will be whether Boston can make its shots. If Walker and Tatum are making shots, then the Heat will have to focus on man-to-man defense. If the Celtics are struggling against their zone defense, then the Heat have them right in their wheelhouse.

Does Gordon Hayward make an impact?

One of the bigger things for the Boston Celtics is the status of Gordon Hayward. The 30-year old forward sprained his ankle early in the first round against the Philadelphia 76ers and has not returned since. In his lone game of the playoffs, Hayward had 12 points, four rebounds and three assists while shooting 39% from the floor.

A possible return for Hayward would add another …read more