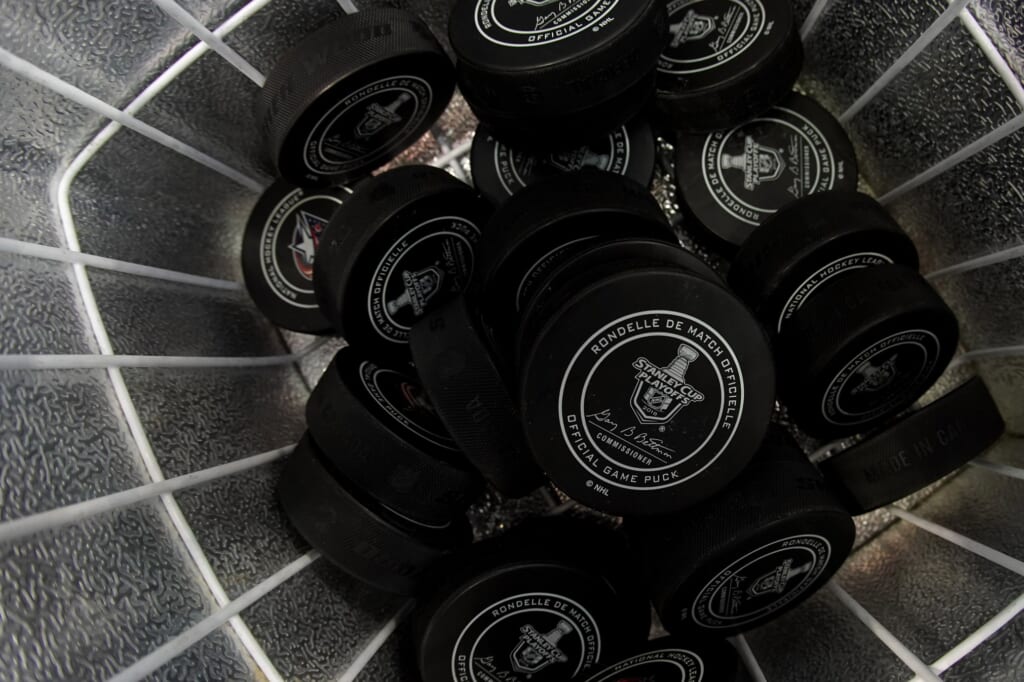 The Florida Panthers parted ways with assistant coach Mike Kitchen amid a report that he allegedly kicked a player on the bench during a game this season.

The Panthers announced his departure in a release on Tuesday evening, stating only that “Mike Kitchen will not return as an assistant coach.” Per TSN, the Panthers cited company policy on personnel matters when asked for further comment.

An NHL official confirmed to TSN that the league has been notified of an internal investigation by the Panthers.

Per TSN, the alleged incident occurred during the third period of Florida’s 5-4 road victory over the Minnesota Wild on Jan. 20. An unidentified Panthers player reportedly vented his frustration by tossing a water bottle that ultimately caused its contents to douse Kitchen, who allegedly responded by kicking the player.

A TSN source said that Kitchen’s kick was “full on,” and that he “reared back and booted (him) in the lower back in anger.”

Although now-former Panthers general manager Dale Tallon and head coach Joel Quenneville reportedly were informed of the alleged incident, Kitchen was back behind the bench the following night for the team’s game against Chicago.

The Panthers did not renew Tallon’s contract and hired Bill Zito as their general manager in August.

Kitchen, 64, cited personal reasons for his decision against joining the team in Florida’s qualifying-round series against the New York Islanders in Toronto. The Panthers were eliminated from the best-of-five series in four games.

Kitchen replaced Quenneville as head coach of the St. Louis Blues in 2004. He posted a 38-70-19 record with four ties in 131 games with the Blues. The pair linked up again when Quenneville hired him as his assistant coach with the Blackhawks, where they won a pair of Stanley Cup titles, before reuniting again in Florida last summer.

NBA news: Bulls hit a home run with the hire of Bill Donovan as head coach