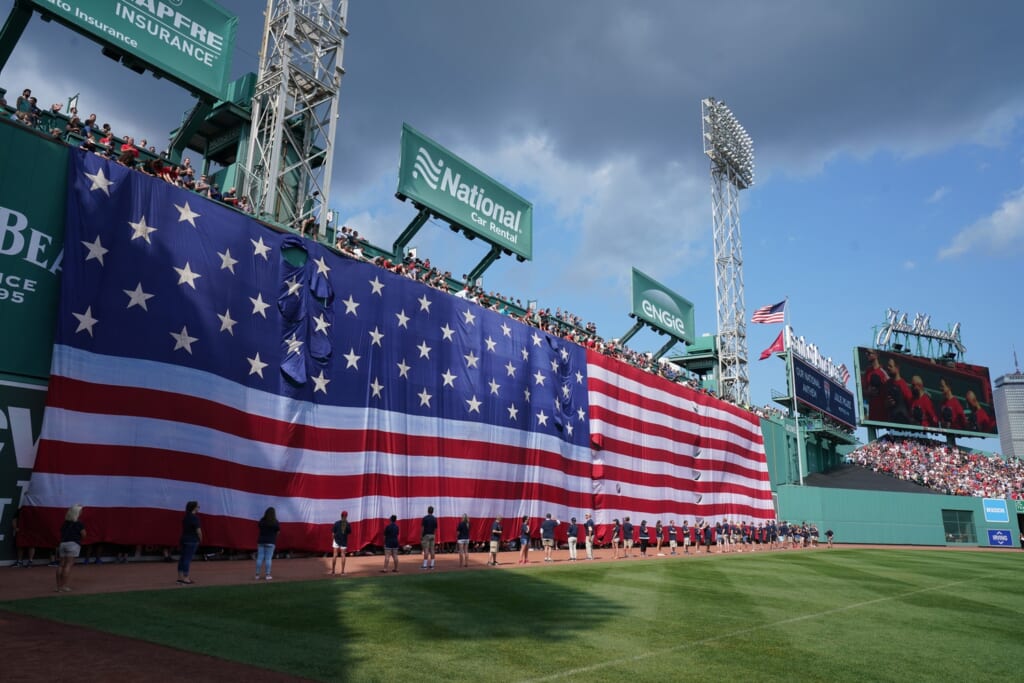 The imagery of baseball returning in North America amid an ongoing worldwide pandemic is something beautiful. A sense of normalcy at a time when the current situation brings anything but it.

With the 2020 MLB season set to start in less than a month, we’re getting our first video evidence that it’s not a cruel joke.

One day closer to baseball. pic.twitter.com/XHxQsbcJuk

Normally, this wouldn’t be a big deal. Who cares about baseballs and bats making their way inside a stadium?

Boston Red Sox to have fans in attendance during 2020 MLB season?

Boston is among a handful of teams that has noted that it expects to have fans in attendance at some rate this coming season.

It makes more sense than other regions in that Massachusetts has flattened the COVID-19 curve as other states see record increases. There were just 226 confirmed cases of the virus in the state on Thursday.

We’re highly intrigued to see how Boston performs on the field during a shortened 60-game slate. Ron Roenicke takes over for the fired Alex Cora after the entire sign-stealing scandal. Mookie Betts is no longer with the team.

The expectation is that Boston is a tier below the New York Yankees and Tampa Bay Rays in the AL East. But time will tell on that front. At the very least, we’re now talking about real-live sports. That’s a great thing.