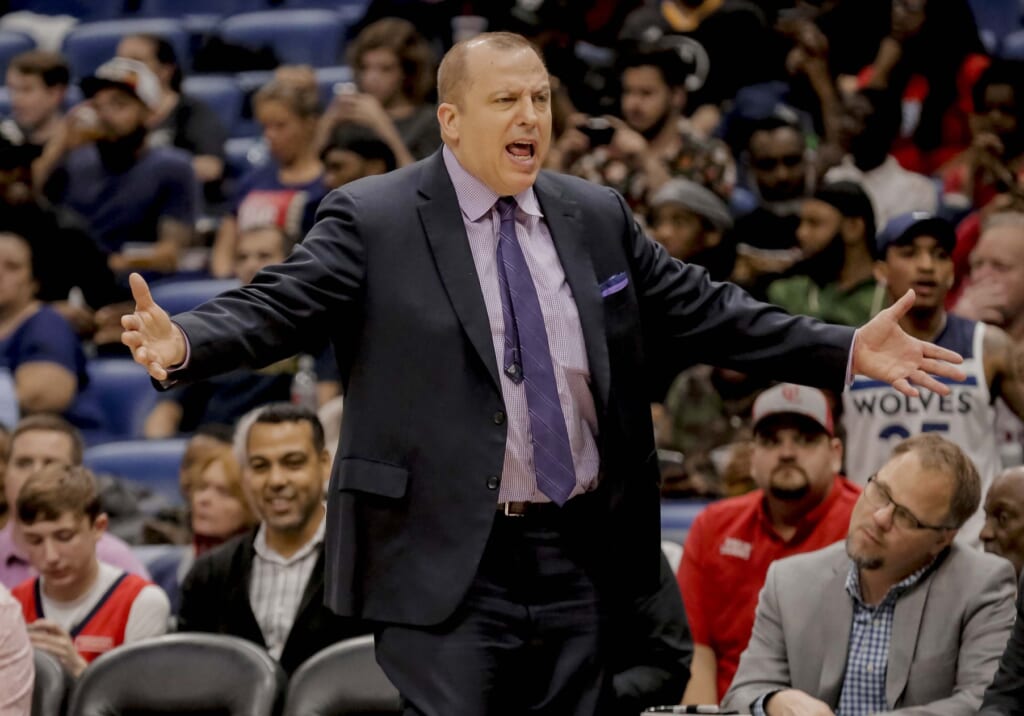 The hiring of veteran head coach Tom Thibodeau this past week seemed to suggest that the New York Knicks are attempting to expedite a long-term rebuild in the Big Apple.

The 62-year-old Thibodeau is not exactly young. During his stint with the Chicago Bulls and Minnesota Timberwolves, the veteran coach also struggled connecting with young players.

Despite this, first-year Knicks president Leon Rose has not yet put a timeline on a rebuild being completed in New York.

“We have not set a timeline. We are taking it one day at a time. We felt Tom was that coach who can take us with development to becoming a perennial winner. That happens one step at a time,” Rose said, via Marc Berman of the NY Post. “At the moment we don’t know what the roster will be moving forward. We have decisions we have to make. The important thing is to instill the culture, focus on the development and take it from there.”

Coming off a 21-45 record this past season, New York has not earned a playoff spot since the 2012-13 campaign. They only have two true building blocks in that of 2019 lottery pick R.J. Barrett and big man Mitchell Robinson.

It stands to reason that Rose would want to show some level of patience months after he took over a sinking ship in New York. That’s pretty much been his MO since joining the organization.

Knicks will likely blow up roster during NBA offseason

It was noted earlier this summer that Rose will look to move on from former lottery picks Kevin Knox and Frank Ntilikina. Neither player has lived up to expectations. Both are products of the previous regime in New York.

Starting with a clean slate seems to make sense for Rose and Thibodeau. The roster can be built in their mold.

The biggest key here will be the 2020 NBA Draft. New York will be making a selection within the top five. Despite the class being seen as wek,a Rose and Co. must find a long-term contributor.

From there, the Knicks’ plans in free agency will be under a microscope. Will they target short-term players in an attempt to be more competitive next season or go with long-term option? For now, Rose seems to have a plan.

Should we be concerned over the Los Angeles Lakers’ struggles in Orlando?