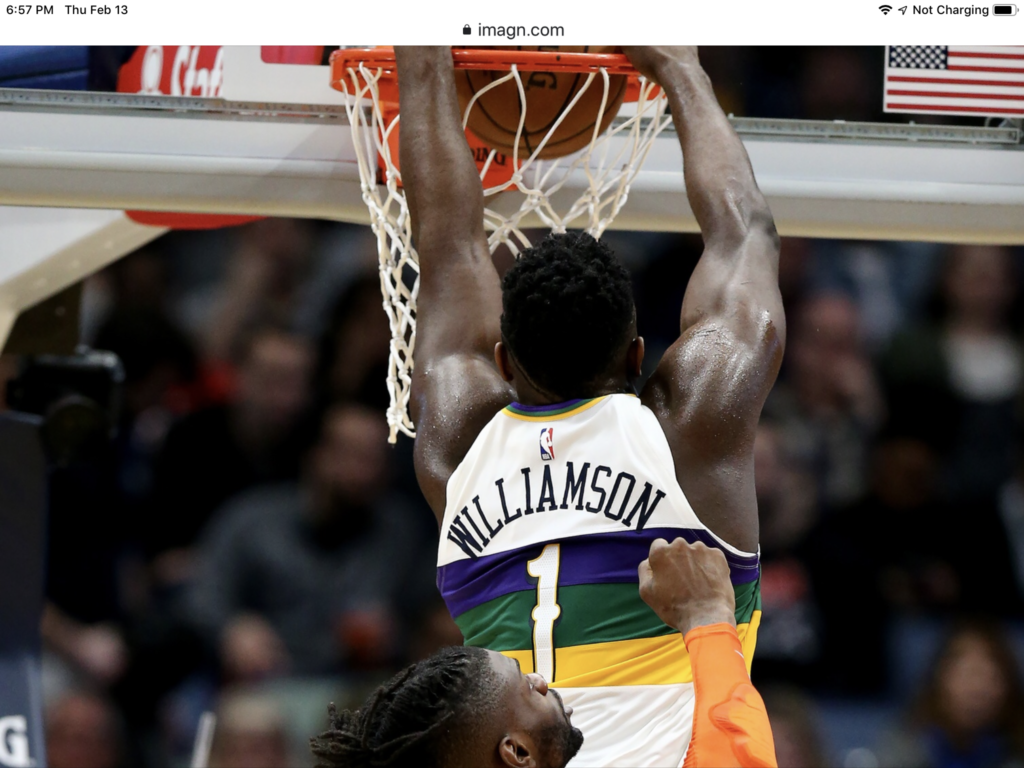 New Orleans Pelicans star rookie Zion Williamson is something else. We knew the dude was an elite talent at Duke. And while an injury derailed the first half of his initial NBA season, Williamson is more than making up for it.

The No. 1 pick dropped 23 points in the first three quarters Thursday night against the Oklahoma City Thunder. It’s the eighth time in his first 10 NBA games that Mt. Zion has reached the 20-point plateau.

In the process, Williamson joined Michael Jordan as the only rookie over the past 35 years to accomplish that feat. MJ. His Airness. Yes, that Michael Jordan.

Zion Williamson is the first rookie in 35 years to record eight 20-point games in the first 10 games of his career.

Who was that rookie? Michael Jordan. pic.twitter.com/PQMB0Nwina

That’s just absurd stuff. For good measure, Williamson was also out here blocking shots into the stands and turning the clock back to the 1990s with the old hop step.

Michel Irvin backtracks report on Tom Brady and the Cowboys