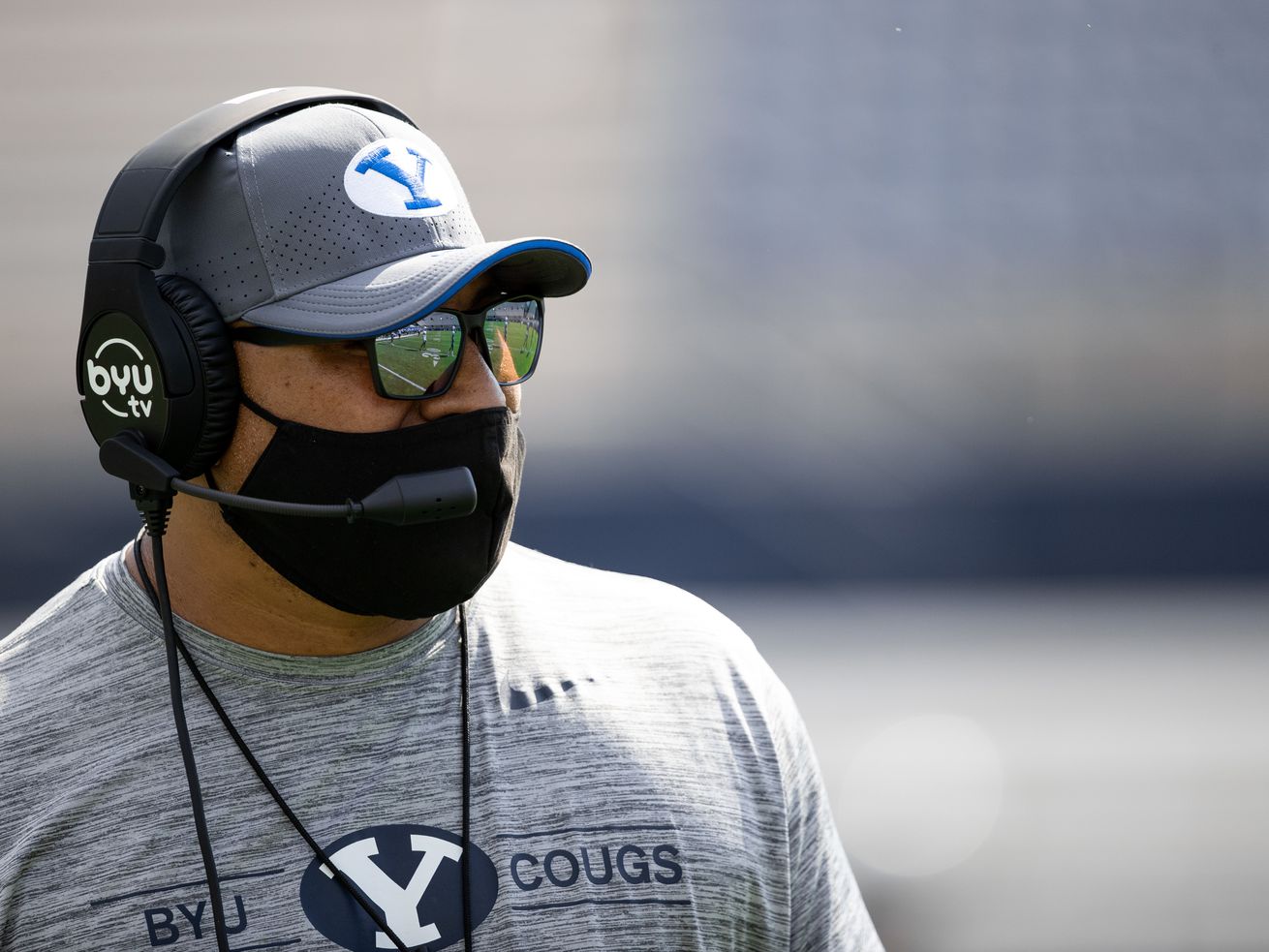 Majority of the ‘small number’ of BYU football players who have the coronavirus are asymptomatic, coach Kalani Sitake told reporters Monday, two days after Sept. 19 game at Army was shelved.

PROVO — Alerting Army that a “small number” of people within BYU’s football program had tested positive for COVID-19 and eventually pushing for the postponement of this Saturday’s scheduled game in West Point, New York, was the right and responsible thing to do, Cougars coach Kalani Sitake and captains James Empey and Troy Warner said Monday.

School officials made the postponement announcement two days ago, in conjunction with Army officials, because not only did a small number of the members of BYU’s traveling party for the Navy game on Sept. 7 test positive, they had been in contact with dozens of others affiliated with the team, Sitake said in a video teleconference.

“I feel fully confident that we as a football program, and a sports medicine department and a school, have done all the right things leading up to this point, including making a decision to postpone the game,” Sitake said. “What complicates it the most in our position is the travel. Had this been a home game, I think things would have been a little bit different. There are less (government) entities and people and groups involved.”

Monday’s other big news was that the Cougars have added Louisiana Tech from Conference USA to their schedule. They will host the Bulldogs on Friday, Oct. 2 at LaVell Edwards Stadium, and are back to having seven remaining games on their 2020 schedule — six at home.

“I don’t think there is any chance you could look at recklessness or anything being an issue here. In fact, doing the responsible thing is to be a good partner to Army, knowing that we can get ahead of this and get this under control right now, especially looking at the different variables that are involved with it. We want to make sure we get this right before risking other programs in other places.” — BYU football coach Kalani Sitake.

But the postponement dominated the discussion on Zoom, with Sitake saying BYU players have not been reckless or irresponsible in trying to avoid the virus. He said the situation becomes more complicated because “the majority” of BYU’s positive tests have been asymptomatic, “which, when you are looking through it and trying to find out how many people this could infect, the mindful and responsible thing to do would be to postpone this game, get an early jump on it.”

Short of creating a bubble as the NBA has done in Orlando, the fifth-year coach sees little else the school and football program can do that they say hasn’t already been done to prevent the spread.

“I don’t think there is any chance you could look at recklessness or anything being an issue here,” he said. “In fact, doing the responsible …read more