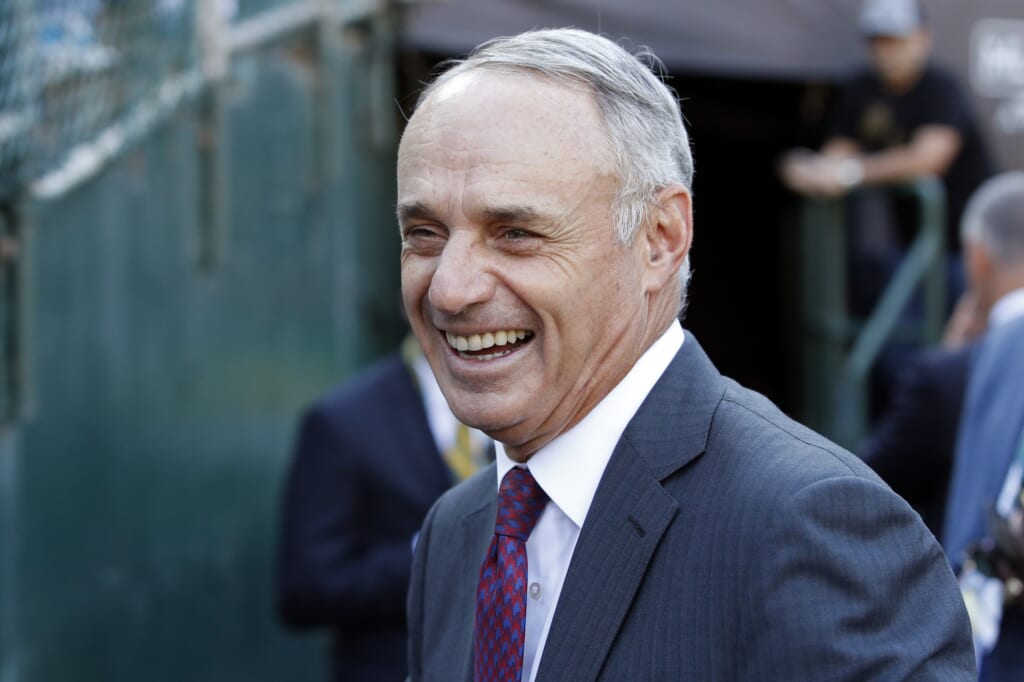 As MLB continues to see players test positive for COVID-19, leading to outbreaks, Rob Manfred is threatening to shut the season down.

Another COVID-19 outbreak could lead MLB to cancel 2020 season

According to Jeff Passan of ESPN, Manfred told MLBPA executive director Tony Clark on Friday that there is a very real possibility the season could be canceled for good.

“Should another outbreak materialize, Manfred, who has the power to shut the season down, could move in that direction. Multiple players briefed on the call fear that season could be shut down as soon as Monday if positive tests jump or if players continue not to strictly abide by the league’s protocols.”

The first big outbreak of the season began last weekend. The Miami Marlins had four positive tests announced on Sunday yet still played a game that day against the Philadelphia Phillies. Then the next morning, news broke that the franchise was undergoing a full-blown outbreak. At this time, there have been a stunning 18 positive COVID-19 cases within the organization.

Since then, other teams have had people test positive, including Philadelphia, which played three games against Miami.

Friday brought more bad news as positive tests within the St. Louis Cardinals organization caused their game with the Milwaukee Brewers to be postponed. That news meant that the Washington Nationals, Miami Marlins, Toronto Blue Jays, Phillies, Brewers and Cardinals — 20% of the league — had games postponed due to COVID-19.

Would mean Nationals, Marlins, Blue Jays, Phillies, Brewers and Cardinals games are all postponed due to COVID-19 tonight. 20% of the league https://t.co/IIf84mawkW

With all this in mind, it’s hardly surprising that MLB is being forced to consider the very real possibility that the 2020 season is simply not able to continue.