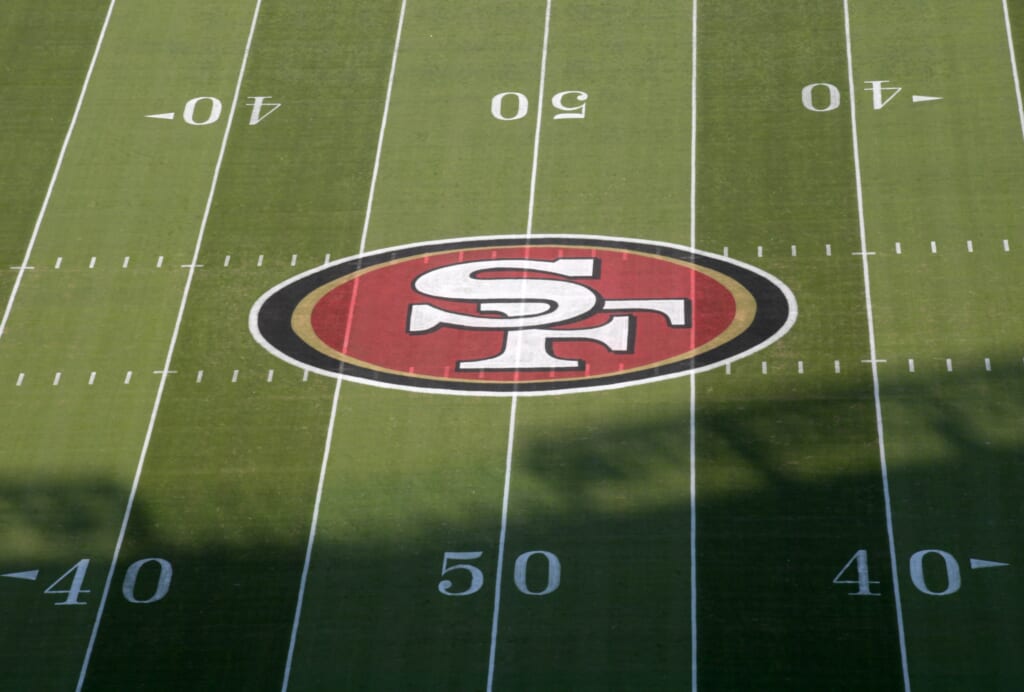 The San Francisco 49ers put themselves in a tremendous position heading into the 2020 NFL Draft, trading Pro Bowl defensive tackle DeForest Buckner to the Colts for a first-round pick.

While the loss of Buckner hurts, this gives the defending NFC champs a top-13 pick to address a position of utmost need. Wide receiver.

We’re serving up a full seven-round 2020 NFL mock draft for the 49ers that includes a trade back out of the 31st pick.

49ers head coach Kyle Shanahan has to be salivating over the idea of adding one of the top-three receivers in the draft after they lost Emmanuel Sanders in free agency. While Jerry Jeudy might be a better fit, he was off the board prior to San Francisco’s selection in this specific mock simulation.

Instead, the 49ers add an explosive play maker in Lamb who would team up with promising youngster Deebo Samuel to form an elite paring in Northern California. The 6-foot-2 Lamb has tremendous burst off the line and can create separation after his initial break. That’s evidenced by the 21.4 yards he averaged per catch last season.

Note: 49ers trade 31st pick to the Panthers for second and third-round selection

Despite adding an additional first-round pick in the Buckner trade, these 49ers are still without selections in Rounds 2-4. That’s the price they paid for picking up veterans who ultimately helped the team to the Super Bowl. Common logic suggests San Francisco will move down from the 31st pick.

If so, Ruiz has to be a primary target. San Francisco has not done much to upgrade a questionable interior of its offensive line. Even if youngster Daniel Brunskill proves to be a plus-level starter, the team needs help. The 307-pound Ruiz would be a perfect fit in Shanahan’s zone-blocking offense. He has the athleticism and history of success offenses running this scheme bank on. Ruiz could also be a Day 1 starter, if needed.

An unfortunate ankle injury that cost Hall all but six games of his senior season with the Cavs pushed him out of the first round. That came after this 6-foot-1 corner decided to return to Virginia rather than enter the 2019 NFL Draft.

From a pure on-field standpoint, Hall is a potential long-term starter for a 49ers squad that is relying on an aging Richard Sherman and former undrafted free agent in that of Emmanuel Moseley. He’s proven to have shutdown ability. Hall’s strengths in press coverage is also something the 49ers covet under defensive coordinator Robert Saleh. I could not envision a better fit.

This is the spot of the draft where 49ers general manager John Lynch has crushed it. Just think about all-world tight end George Kittle, who was a fifth-round pick of the 49ers back in 2017. Lynch will …read more

What do the college basketball coaches in Utah like to watch most on TV?