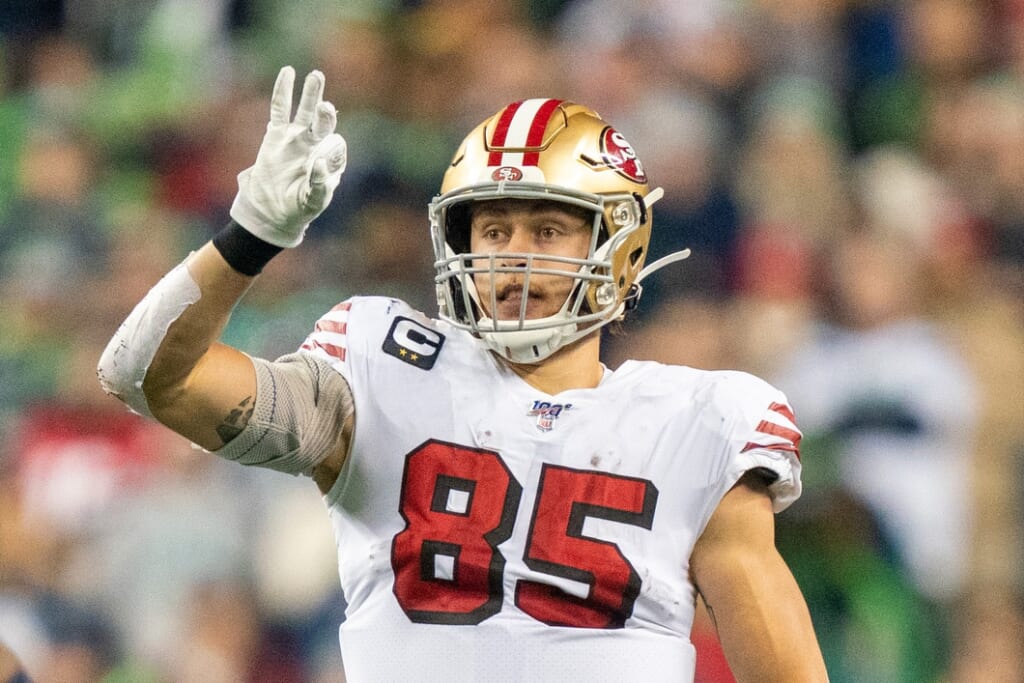 The San Francisco 49ers head into their Week 2 outing against the New York Jets banged up pretty bad on the offensive side of the ball following a season-opening loss to the Arizona Cardinals.

Recently-extended All-Pro tight end George Kittle also suffered a sprained knee in the game and is questionable to go for next Sunday.

Below, we break down the 49ers’ injuries and what they mean for Week 2 against the Jets and beyond.

Team Impact: Samuel will miss at least the next two games. The expectation is that he will be able to go Week 4 against the Philadelphia Eagles after suffering a Jones fracture in his foot during off-season workouts.

Fantasy Impact: After putting up north of 1,000 yards as a rookie, Samuel’s absence was felt big time in Week 1. Jimmy Garoppolo completed just 4-of-11 passes to his wide receivers. The hope is that Kendrick Bourne can improve off a substandard opener. Fellow Week 1 starter Dante Pettis is irrelevant after failing to catch a pass last week.

Team Impact: There’s good news on this front. San Francisco expects its rookie first-round pick to be back on the field Sunday against the Jets. Aiyuk had performed well in training camp prior to suffering the hamstring injury.

Fantasy Impact: Potentially lethal. Aiyuk’s quickness off the line and ability to turn corners around could loom large against a poor Jets secondary. Without Samuel in the mix, he’s likely to see a ton of targets. Start Aiyuk in the FLEX in standard leagues and take a chance on him in daily’s.

Team Impact: The game’s best tight end is obviously a major component to San Francisco’s success on offense. Kittle caught four passes before going down to injury last week. He didn’t record a single reception once returning to the game. That tells us something.

Ravens’ John Harbaugh on NFL protests: ‘They want America to be great’

‘It’s in our culture’: Navy’s Ken Niumatalolo, BYU’s Kalani Sitake draw on love when it comes to coaching young men

Loss of tight end Matt Bushman causes BYU to pivot on offense, search for other playmakers