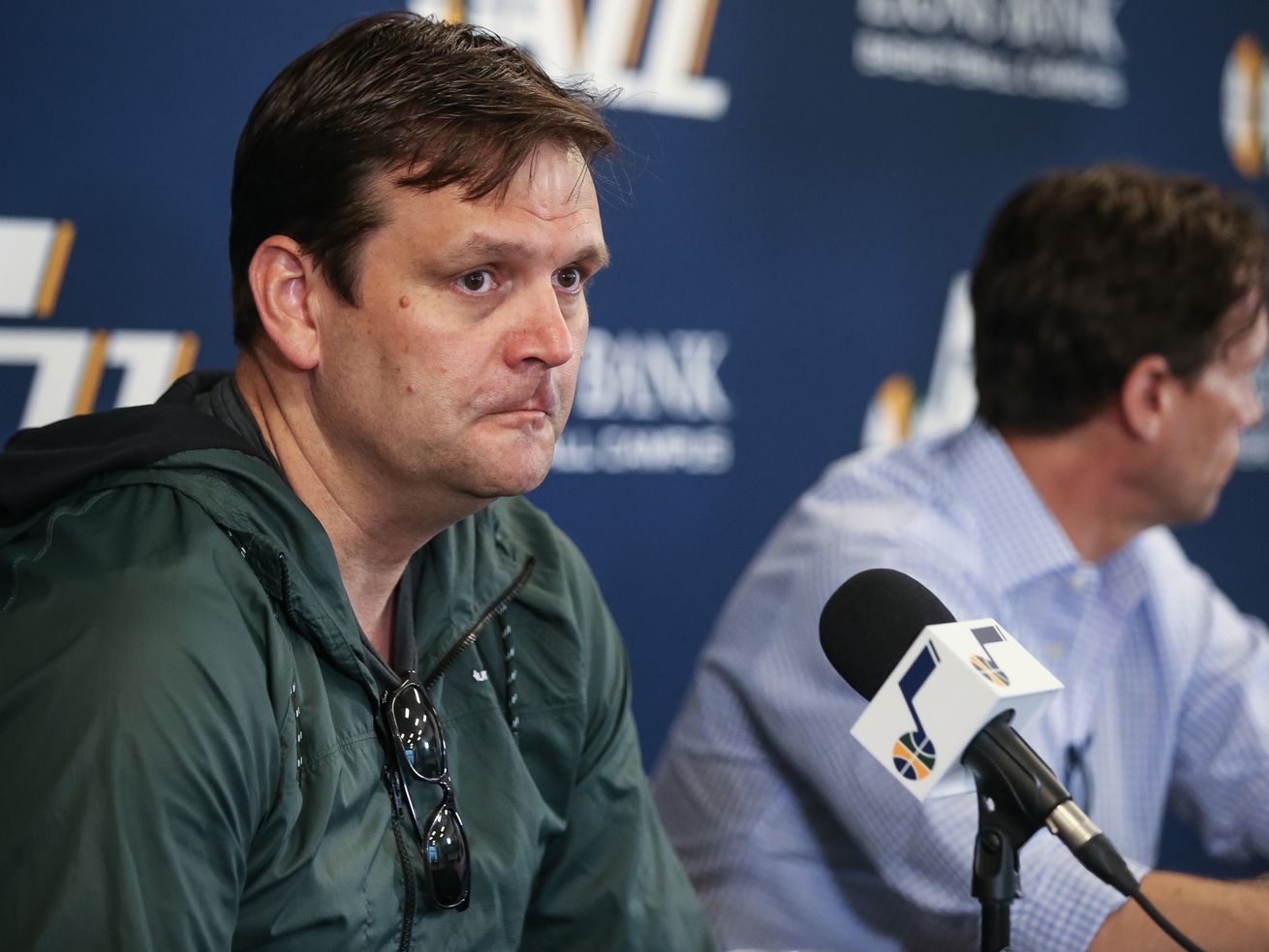 SALT LAKE CITY — Imagine getting ready to fly out of an airplane with the added twist that the pilot doesn’t know how to operate said aircraft without instrumentation.

That’s the analogy Utah Jazz executive vice president of basketball operations Dennis Lindsey used last week to describe how he, general manager Justin Zanik and the rest of the team’s front office feel right now as they start an offseason in which there’s incredible uncertainty around the NBA.

Although Lindsey was quick to point out that such is “no one’s fault,” but rather just the reality in the midst of the coronavirus pandemic, the fact that dates for the draft and the start of free agency haven’t been set and that next season’s salary cap might not be finalized for a good while make it difficult to plan.

Said Zanik: “Knowing those dates kind of determines how and when you work on different things. The NBA is working hard with the players association to get those things figured out. Hopefully we’ll have more guidance sooner rather than later, and then once those dates are in place we’ll get to work on specific things.”

Since Lindsey and Zanik met with media for their annual season debrief last Wednesday, some reports have surfaced about possibilities for dates and the predraft process, although nothing has been formally announced by the league yet.

The Athletic’s Shams Charania reported last Friday that the NBA is planning a draft combine of sorts to begin later this month, with it being split into two parts. The first part, Charania reported, would see prospects go to different markets for medical exams and on-court drills and virtual interviews.

The second part, which Charania said would go from mid-October until the draft, would see teams be able to conduct in-person interviews with prospects but no workouts.

Multiple outlets have reported that the league is now eyeing Nov. 18 as a date for the draft, although again, nothing has been finalized, and that date has previously been pushed back several times.

While there’s so much uncertainty surrounding the situation, both Lindsey and Zanik stressed the importance of doing what they can to prepare for whenever the draft and free agency do happen. They can still scout draft prospects and free agents on video, for example.

“We’re just getting back to core evaluations of our team, value adds, fits, needs and then just trying to be as open and flexible as possible towards the work,” Lindsey said.

Added Zanik: “There’s lots of different paths, there’s a lot of stuff we can continue to prepare for here in terms of internal evaluations, trying to be prepared for any sort of dates that come through.”

Still, he said, “Sure, when it gets down to deadlines in a deadline league in a lot of ways, knowing those deadlines …read more