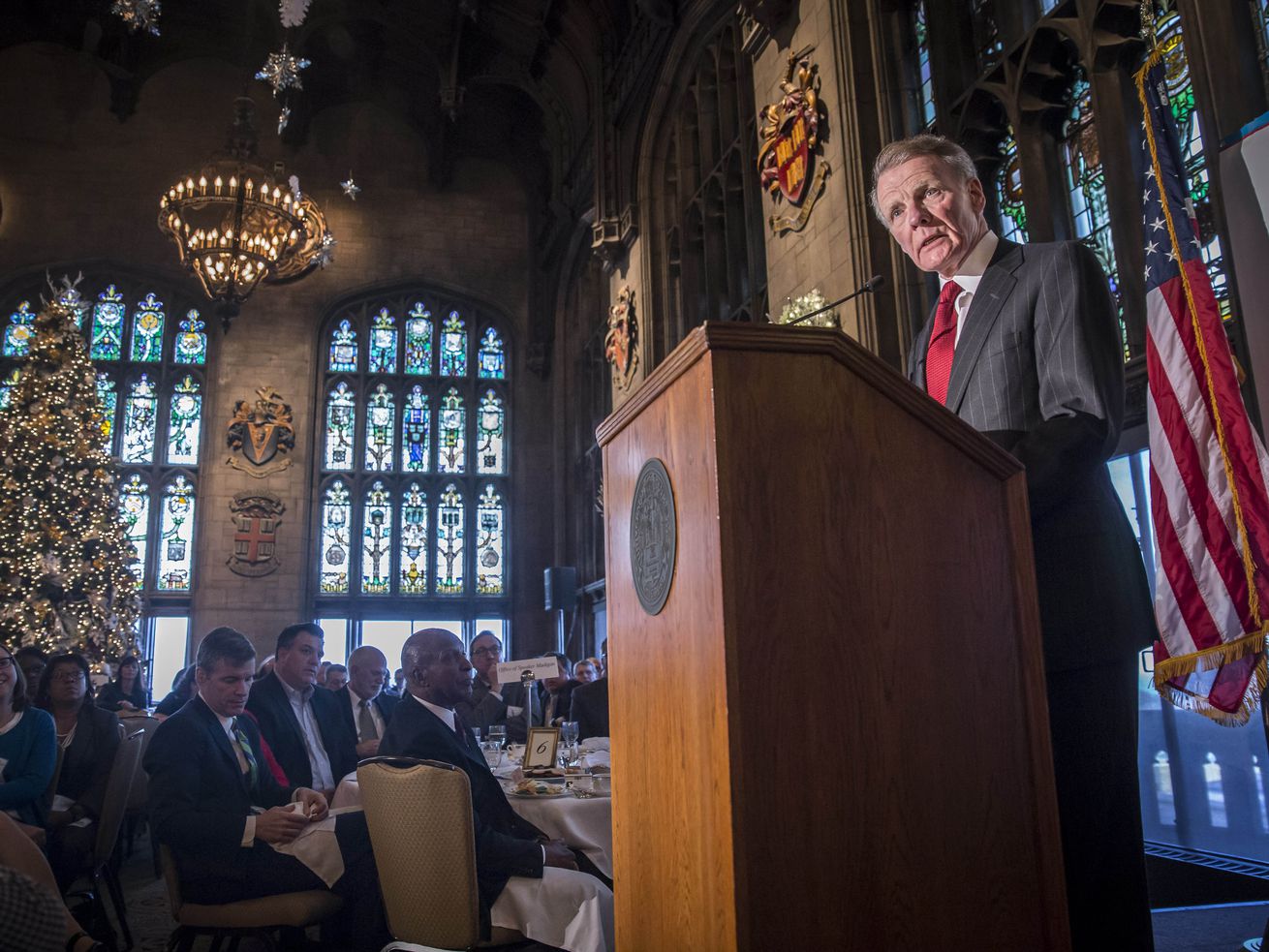 The indictment does not charge Madigan, or even name him, but it lays the scandal at his Southwest Side doorstep even more squarely than did this summer’s filing of charges against ComEd itself.

The folks at ComEd were so eager to suck up to Illinois House Speaker Mike Madigan that they even allegedly fixed their internship program to give priority to kids from his 13th Ward.

Must have been nice for kids from the 13th Ward, who I don’t begrudge the opportunity, but it’s difficult to imagine the sense of entitlement behind such a demand.

It’s that sense of entitlement that lurks behind all the charges contained in Wednesday’s late-breaking indictment of four people accused of conspiring to corruptly influence Madigan to benefit the electric utility.

The indictment does not charge Madigan, or even name him, but it lays the scandal at his Southwest Side doorstep even more squarely than did this summer’s filing of charges against ComEd itself.

It’s easier to charge a corporation than an individual, even one as rich and powerful as ComEd, because in the end a corporation can always pay its way out of trouble.

But now federal prosecutors have raised the stakes by charging individuals, an act that threatens not just their reputations but their freedom.

And in doing so, they have taken a major step toward securing something that charging the corporation could not give them: potential witnesses who might be able to help them lock in a case against Madigan himself.

The feds still don’t seem to quite have it, otherwise Madigan’s name would be there instead of “Public Official A” alongside Michael McClain, Anne Pramaggiore, John Hooker and Jay Doherty as part of the alleged conspiracy.

McClain, the former state representative turned lobbyist, is the one they really want, because he’s the one with the personal relationship with Madigan, the one who purportedly would turn up the pressure on the speaker’s behalf to get him what he wanted.

The other defendants are just building blocks to help them make their case against McClain.

I guess the defense will be that Madigan asked nothing for himself, just for members of his political organization — and for the kids, whose parents may or may not have been beholden to him.

Sun-Times files
Michael McClain, one of Mike Madigan’s closest confidants, in an undated Secretary of State photo, left, and in 1977, right.

That’s the legal side of the equation.

The more immediate action could come on the political side, where Gov. J.B. Pritzker and Democratic U.S. Senators …read more

Kurtenbach: Why the Warriors are betting on James Wiseman