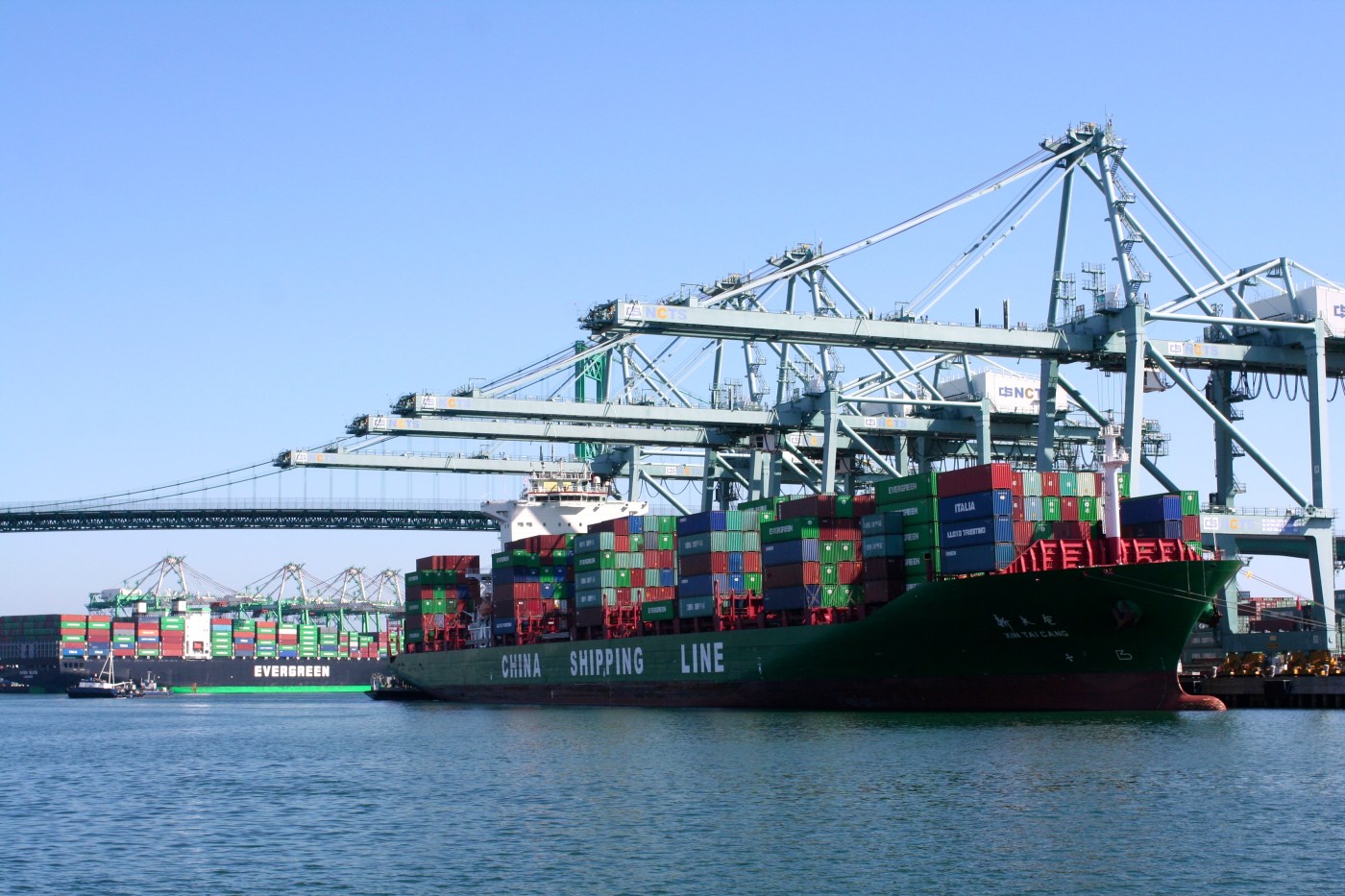 The Port of Los Angeles broke yet another cargo record in October, but new challenges have emerged along with the historic surge, the port’s executive director said.

Moving cargo and unloading ships amid the surge has increased turn-around times and created a need to juggle full containers coming in at the same time empty ones are going back to Asia, said Executive Director Gene Seroka during his monthly news conference on Wednesday, Nov. 18.

Despite the ongoing coronavirus pandemic, the cargo resurgence has stretched over three months, putting a strain on trucking and rail lines, with containers coming in faster than the port can send them out, Serkoa said.

“Containers are accumulating in large numbers,” he added, “with fewer and fewer places to put them.”

The port, to counteract that, is working to provide more real-time information to those who need to move and transport the cargo as quickly as possible.

Seroka also praised members of the longshore unions, whose work shifts now average a healthy five per week after dropping steeply during much of this year. (Still, the 145,000 labor shifts lost this year, Seroka said, won’t be made up.)

“Despite their great effort, it’s simply impossible for all of us to keep pace with this volume of cargo,” Seroka said. “The spike in imports is unprecedented in scale, breaking new records on a monthly basis.”

But he wasn’t complaining.

Compared to what he said was a dismal start to 2020, when traffic plummeted amid the pandemic, the abundance is, in fact, welcome — leading to more work on the docks and an uptick in the economy.

October, Seroka said, “was the best single month in the port’s 114-year history.”

In October, the Port of Los Angeles moved more than 980,000 twenty-equivalent units, the standard container measurement, up more than 20% compared to the same month last year, Seroka said.

The last quarter of 2020 has been a boon to both the ports of Los Angeles and Long Beach, with container volumes flooding into the U.S. at recording-breaking levels. Retailers are restocking empty shelves and getting ready for the holidays. Consumers, who aren’t spending money on travel or entertainment, are finding new interests in items for home offices, sporting goods and leisure wear.

It was a dramatic turnaround, Seroka said, from the earlier part of the year.

But, Seroka said, he expects the surge to slow a bit in December — before picking up again in early 2021.

Yet, despite the three-month surge, overall cargo volumes remain down in 2020.

Year to date, in fact, cargo volumes lag by 5.3% compared to 2019, a year in which cargo volume was boosted as shipments came early in order to beat anticipated tariffs.

And more economic ups and downs could lie ahead, Seroka said.

“With COVID-19 cases on the rise nationwide,” he said, “the U.S. economic outlook remains uncertain.”

Sign up for The Localist, our daily email newsletter with handpicked stories relevant to …read more

LA County, Kaiser and Smithfield Foods among those fined for alleged COVID-19 violations